For Love Of Soil

For Love Of Soil

If you farm, you’ll understand how healthy soil is better for business. But when there’s such a wealth of scientific information about soil, it’s sometimes hard to know where to start. At the Soil Association, we hear many examples of farmers working in new and exciting ways to improve their soil. And so, to celebrate World Soils Day, we wanted to share four of our favourite suggestions:

Building fertility at every opportunity

Nathan Richards is the co-owner of Troed y Rhiw Farm in Wales, which is focused on mixed horticulture. Nathan remembers how, when he arrived at the farm in 2009, the soil was in a poor state. “At first the soil that came up was grey and it stank. It was anaerobic, water-logged and compacted by years of poor management and overgrazing. Now we have brown, nice smelling soil and the structure is improving. It’s still a work in progress but, essentially, we’ve got a living soil again.”

Getting there was a hard process involving a lengthening of the rotation and the implementation of a fertility building stage. “We start with two-years of fertility building clovers. This phase is to fix nitrogen and create a lot of bulky organic matter that we’re going to return to the soil. We top it quite high and let it fall on to the sward, then we let the earthworms do their job as it breaks down. Through this simple process, we’re building up a lot of organic activity.” 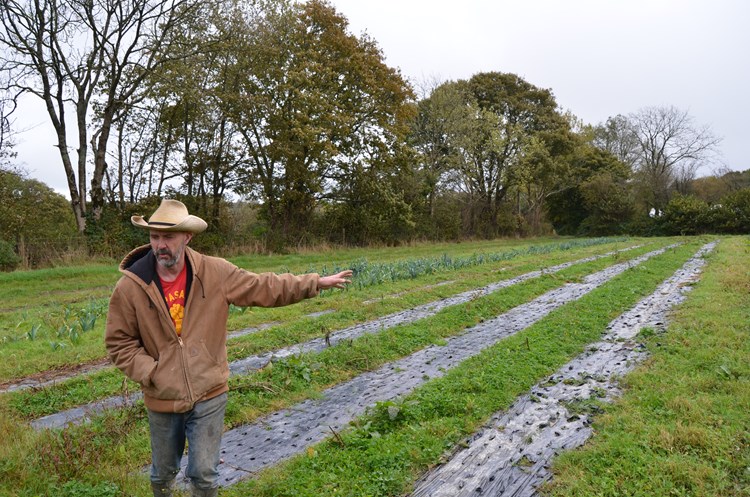 Even after two years of fertility building, it’s important for Nathan to continue to build fertility whenever he has the opportunity. “Wherever we can, we have a fertility building crop. Our method for producing onions and shallots is by growing them through a plastic mulch. We make sure we leave 2 ½ feet of bare soil in-between each bed, which the tractor wheels need to pass over. Into that bare soil, we sow yellow trefoil and white clover so that in-between the rows of onions there is a fertility strip and crop that will supress the weeds.”

Caroline Corsie has managed Lower Smite Farm, which is owned by the Wildlife Trust. Since her arrival in 2008, Caroline has been influential in improving both the farm’s soil health and its wildlife. "Shortly before coming to Lower Smite Farm, I read The Living Soil by Lady Eve Balfour. It reminded me of the importance of a functioning food web, from the birds right down to the tiniest creatures. When we started here, our soil was impoverished and hungry, now it's thriving.”

Caroline has estimated that she needs a total of 8 years to build up her soil to get the fertility her crops demand. One of the ways she’s avoided soil compaction has been through the under sowing of as a four-year green manure. The inclusion of this dominant pollinator has allowed Caroline to prolong the availability of both nectar and pollen, contributing to the prosperity of beneficial pollinators and insects.

Simon Gardner is the Organics Manager at G’s, a business that can produce 160,000 organic lettuces a week, equivalent to 80% of the organic market. Simon knows that it’s crucial to get the structure and biology of his soils right if he’s to get the healthy produce that his customers desire. “Soils are fundamental for all our growing.” 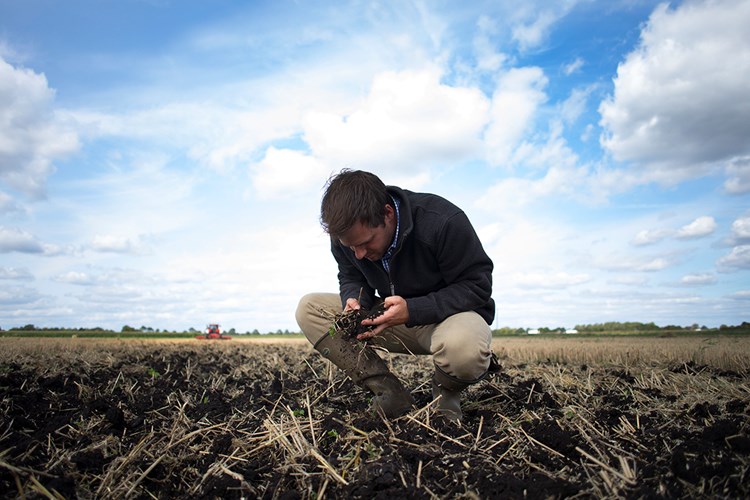 To reduce compaction and the effect this has on the structure of the soil, Simon has been pursuing a policy of low till. “We recently started a low till system of growing. This isn’t typically used much in organic and I asked myself, why not? We’ve cut down ploughing, and so disturbing the soil, from three times a year to ploughing just once for the main crop. For the cover crops, we don’t plough. We sow quickly with fast growing grasses so there’s no time for weeds to establish. For the early fields, we use mustard to help drain the soil more quickly.”

Simon is part of the GREATsoils network which aims, through a knowledge exchange program, to help growers improve the health of their soils by assessing current methods of soil testing.

Herbal leys aren’t a new phenomenon. They were originally advocated by farmers like Frank Newman Turner who famously called them, “fertiliser merchant, food manufacturer and vet all in one”. Luppo, a former dairy farmer turned consultant and nutritionist, has had an interest in herbal leys for a long time. This interest eventually led to him organising a trial with the Tamar Valley Organic Group to unearth some of the mysteries of herbal leys and their nutritional benefit. “Ultimately, we want to look at whether diverse leys can help address mineral deficiencies like, for example, the low iodine levels we’ve been seeing in organic milk, or if they can prevent Milk Fever at calving.” 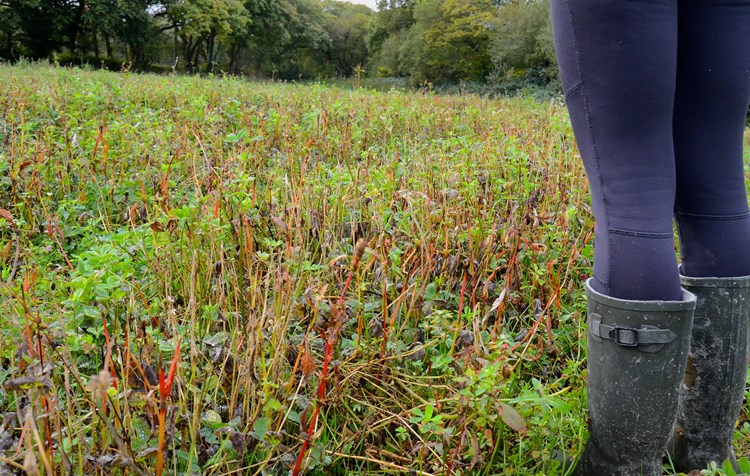 A mixed herbal ley offers benefits that include improved soil structure and the break up soil compaction. They are resistant to drought, help fix nitrogen, offer season-round yielding and provide additional mineral content. On top of that, herbal leys have larger root systems – providing them the capacity to capture additional carbon deep in the soil. In their field lab, the Tamar Valley Organic Group are keen to go a step further and find out what other benefits deep rooting herbal leys bring. “If deep rooted herbal leys are helping bring up minerals from deeper down in the soil profile, are they giving us a different mineral profile? Do the mineral profiles for herbal leys differ from farm to farm depending on soil types? And do the mineral levels change throughout the year?”

A more detailed interview about the herbal ley field lab is available here.

What to know more? Have a read of our dedicated Soil hub, where we’ve pulled together lots of different resources about ways you can invest in and benefit from healthy soils.