Why Government should support farmers to reduce pesticide use 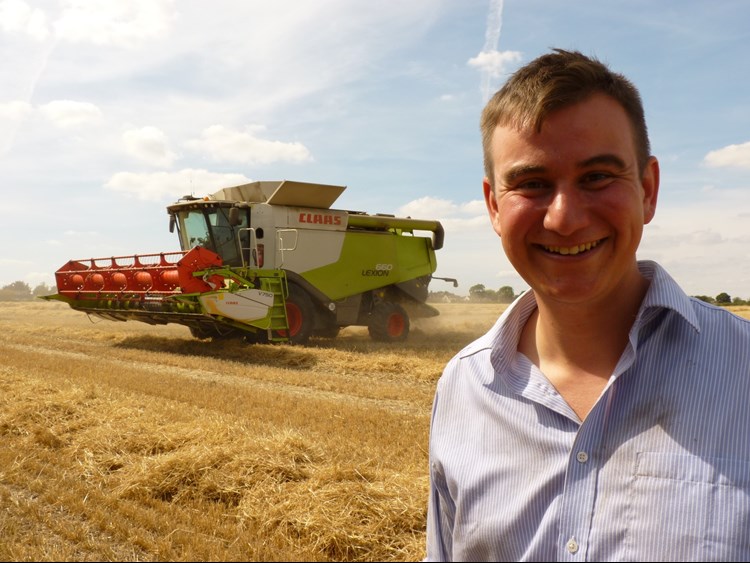 Our recent joint report with PAN UK highlights how mixtures of pesticides commonly found in UK food, water and soil may be harming the health of both humans and wildlife.

We have seen through Soil Association's communication channels how this topic is one which citizens are becoming increasingly concerned about. Fingers are pointed at the agricultural sector for its consistent use of pesticides but how are some farmers already looking to reduce their pesticide use, and how must government support more farmers to do so.

For the past five years, George Young has been steadily reducing his pesticide use on-farm. Here, he shares more of his experience around pesticide use.

"I am what is coming to be described as an agro-ecological and/or regenerative farmer. My aim on my farm is to genuinely leave it in a better state than I found it. That current state is one desertified by Governmentally-encouraged ripping out of hedgerows and excessive use of synthetic pesticides & fertilisers.

However, as a farmer very much attuned to my own land, I can say with certainty that the death knell for this type of agriculture has well and truly sounded: Despite continued increases in pesticides and fertilisers on-farm, the yield has plateaued, and something drastic needs to change.

For five years now I have farmed without insecticides and with half the amount of fungicides and two-thirds the fertiliser of most conventional farmers in the South-East. For this, I receive no support whatsoever.

However, my farm is beginning to transform itself. By reducing these applications, my yield is noticeably curtailed versus my neighbours. This is a price I am willing to pay since the environmental and ecological benefits of my approach are tremendous.

I justify my risks based on the long-term financial gain with short-term profit reduction. Most farmers would never dream of taking risks such as I do with reduced pesticide use though, and especially would not want to compromise short-term cashflow.

Disrupting the status quo must be financially subsidised or incentivised for them to even consider such drastic steps in the first place. It is critical that this kind of support becomes available to begin to allow at least some nature back into British farms.

This is only a very small part of a much larger jigsaw of ecological measures necessary to begin to heal our countryside."

Tell Government to protect us from the pesticide cocktail effect. Add your name to our letter to request that Defra takes urgent action to reduce both pesticide use and pesticide-related harms in the UK.