The first UK Climate Assembly, made up of members of the public, has outlined its views on the UK’s transition to ‘net zero’ greenhouse gas emissions, over a year since the UK made achieving ‘net zero’ by 2050 a legally binding target. This includes the role of food and farming in the transition.

The Climate Assembly heard from expert speakers and discussed possible futures, weighing up the pros and cons of ‘Smarter farming’, ‘Eating differently’, and ‘Local food and rewilding’, to deliver its ‘Path to Net Zero’ report.

The assembly considered the trade-offs implied in each scenario. They agreed that ‘making farming more efficient’ could be helpful in some contexts, but they stressed that this efficiency must not be achieved at the expense of animal welfare or wildlife.

The assembly placed a strong emphasis on dietary change, supporting a reduction in meat and dairy consumption of between 20% and 40%, but they also emphasised that “significant education was needed to promote voluntary, rather than compulsory, changes in diet.”

The importance of tackling social inequalities was noted, as was the need to ensure farmers were adequately supported in the transition. The assembly was strongly supportive of more local produce and more localised food supply, highlighting the community benefits and the importance of a fairer prices for farmers.

It’s now over a year since the UK made achieving ‘net zero’ by 2050 a legally binding target. But the pathway to achieving this target is yet to be defined, and the UK is falling behind in its legal responsibilities to tackle the climate crisis.

With COP26 approaching next year, the UK Government urgently needs to step up its ambitions and its leadership. The Climate Assembly should inspire confidence that ambitious climate action has a public mandate.

The Government must also use the upcoming Comprehensive Spending Review to ensure that investment is targeted towards the right policies – those that help the UK to ‘Grow Back Better’ from Covid-19, while simultaneously tackling the climate, nature and health crises.

But was the Climate Assembly process flawed?

Questions must be asked of the Climate Assembly process, however. Who defined the scenarios? Why was gene editing a component of every possible farming future? The assembly consistently voiced concerns about the prospect of gene editing, both with respect to its safety and its impact on food and farming – these concerns must not be overlooked as we approach the public consultation on gene editing in the autumn.

Was the Climate Assembly truly representative? Of the 108 assembly members, 35 were selected to discuss ‘what we eat and how we use the land’. Can 35 people speak for the UK’s 66.7 million? Given how few people contributed to these discussions, the Climate Assembly report, published today, should be seen as the opening of a public conversation, not its conclusion.

And finally, was this the right way to frame the conversation? The climate crisis is of singular urgency, but it is not the only crisis we face. We must also tackle the erosion of nature and the overconsumption of ultra-processed foods.

The Climate Assembly report should be seen as the opening of a public conversation, but that conversation must now be broadened to address the climate, nature and health crises in tandem. 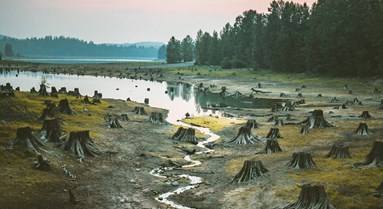 Will the elections in Brazil help save the Amazon rainforest?

A breakthrough in the agroecology versus sustainable intensification argument?