The Department for Environment, Food and Rural Affairs (DEFRA) released the first UK Food Security Report as required by the Agriculture Act 2020.

The findings expose how fragile our food system is and the inequalities that run through it. It confirms what we already know - Climate change, biodiversity loss and soil degradation are major threats to stability.

In the report, DEFRA propose that consumer trust is crucial to mitigate shocks in the food system, shocks that are likely to increase as we face greater climate instability. A shamefully high 8% of UK households live in food insecurity, with low access to fresh, healthy and affordable food, despite the report showing that there is enough food being produced. So where are the weak links in the food chain?

Government promises on levelling up agroecological farming, including organic.

UK farmers produce a large proportion of vegetables, grain, meat, dairy and eggs that we eat. Overall, DEFRA’s report estimates the UK is 75% self-sufficient in domestically produced food. By reducing the negative climate and nature impacts of agriculture by transitioning to sustainable farming we can help reduce risk to food security in the UK. The government in England is working on a transition to sustainable agriculture through the Sustainable Farm Incentive scheme, which last week finally recognised the crucial role of organic.

And while we need to strengthen and support UK agriculture, we mustn’t forget that we’re part of the global food system. We’re reliant on imports of food products to top up what we can’t or don’t produce in addition to key inputs that we don’t have, such as some food additives or soy used for animal feed. International trade provides numerous benefits such as mitigating crop failures, stabilising global food supply and diversifying our diets.

There is no doubt that international trade is critical for UK and global food security. And trade comes with opportunity. In October, the government’s Net Zero Strategy: Build Back Greener stated that there are ‘significant opportunities for trade to support our climate and nature ambitions as we transition to net zero’. At COP26, the UK government pledged to halt and reverse deforestation and land degradation throughout supply chains by 2030.

Transitioning to a sustainable food system in the UK and abroad, which can also feed our population?It sounds so promising. 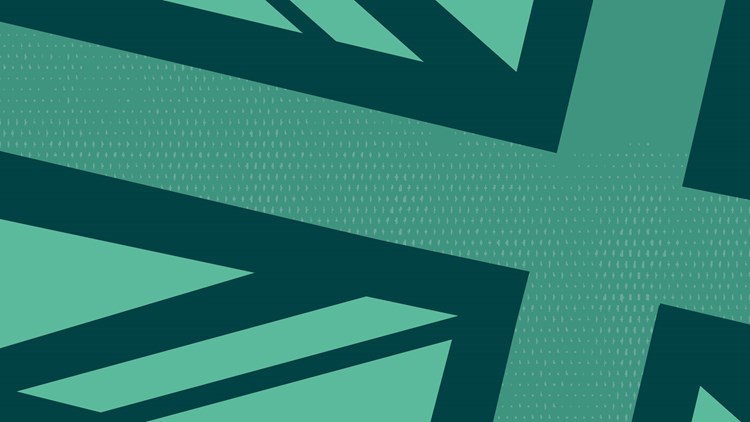 On the same day as the Food Security Report, the UK government signed the trade deal with Australia - a first step on the road to wider international trade since leaving the EU. But in contrast to the good promises over the last year, the deal doesn’t stand up.

In opposition to the UK’s pledge to halt deforestation, the deal permits imports of Australian beef associated with deforestation and land degradation. In addition, the Department for International Trade’s Impact Assessment of the deal shows how British farmers are going to be undercut with estimated loss of £94m relative to baseline 2019 growth and losses of £225m in the semi-processed food sector. This goes against promises of support made to UK farmers earlier this year. Cheap imports of lower welfare and lower standard meat that undercuts British farmers is now on the way, paraded under Department for International Trade’s banner of ‘consumer choice’. But it’s not what the consumer wants. And let’s not forget – in many settings such as schools, hospitals, in restaurants or in ready meals a lack of labelling doesn’t allow people to choose based on the origin of ingredients.

DEFRA report that consumer confidence and trust in the food they eat is ‘key to national food security’ as it ensures stable demand and therefore supply. The latest Which? investigation found that 87% of people surveyed wanted the government to ensure that when agreeing on trade deals, the same animal welfare standards should apply for imports and 84% agreed the same environmental protection. By allowing imports that don’t meet the standards consumers want, the government is putting consumer trust on the line.

Where do we go from here?

We eagerly anticipate the Government’s White Paper response to the National Food Strategy. The food system must be fair and support everyone. This includes ensuring a system that protects climate, nature and our health. The National Food Strategy lays out a plan to build a resilient and sustainable system and we want to see the recommendations adopted in 2022.

As the Food Security Risk report highlights, climate change is one of the greatest risks we and the food system face. Food and agriculture should be part of the solution. Through a transition to agroecological farming in addition to shifting to more sustainable diets, we can all contribute to a better food system.

This is why we’re calling on MPs to make sure public money spent in public sector institutions is spent on food that is good for us and the planet. This includes supporting British producers, ensuring high-quality and high-welfare produce is on the menu.

Write to your MP now to support British producers

Laura is a Policy Officer for healthy and sustainable diets at the Soil Association. With a background in law, healthcare regulation and after studying sustainability and adaptation to climate change, Laura focuses on food systems and diets that can benefit both us and the planet.

Will the Sustainable Farming Incentive (SFI) deliver for organic?

What is food security?