This week, the UK government announced a public consultation into gene editing. No longer answerable to EU regulation, the Department for the Environment, Farming and Rural Affairs (DEFRA) has moved swiftly to open conversations about the future of gene-editing technology in the UK, framing it as a huge government priority and solution to so many of our problems.

By current legal definition, gene editing is the same as genetic modification (GM). DEFRA would like to see gene-editing deregulated from this GM status.

The science behind this consultation is not as clear-cut as it is being presented to be, which risks misleading citizens and farmers. And we have serious concerns that gene editing is being presented as a silver bullet when it can only be a ‘sticking plaster’ – diverting vital investment and attention from farmer-driven action and research for agroecology which could be yielding results, right now.

What are the claims that gene editing can achieve?

DEFRA’s press release, the consultation and background information all state, as fact, that gene editing is a technology that mimics the DNA changes of natural breeding. This is incorrect. Gene editing is far more powerful in its abilities to artificially change genomes than older genetic modification, let alone natural breeding. It is a broad term that encompasses a wide range of new and rapidly developing techniques for disrupting DNA. So it can be used in a whole spectrum of ways, from small edits, such as a deletion of a single nucleotide, all the way up to using it in combination with older techniques to add new genes.

Can it be used to 'mimic DNA changes in natural breeding'?

From my understanding, this is entirely untested. So where is the evidence underlying this? For the sake of the government's scientific reputation, let alone public and environmental safety, Defra must provide this.

In the consultation launch, gene editing is framed as the solution to disease in crops and animals and farmers being 'forced to use pesticides that could be damaging to the environment'.

In his statement today at the Oxford Farming Conference, George Eustice, Environment Secretary, stated that “Gene editing has the ability to… tackle the challenges of our age…including breeding crops that perform better, reducing costs to farmers and impacts on the environment, and helping us all adapt to the challenges of climate change”. 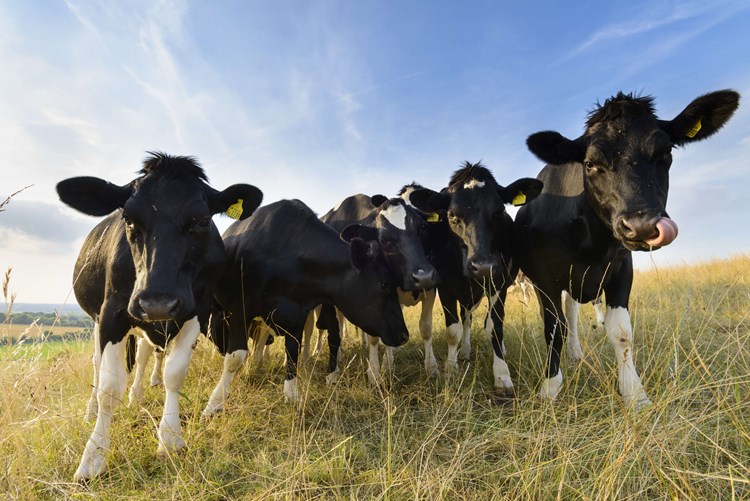 For decades, the Soil Association have been working across the farming sector and with DEFRA to identify the problems in our food system and outline what solutions are needed. Gene editing is a huge distraction to many of these.

1. If the government is truly serious about helping to make available crop breeds that need fewer pesticides, then sort out the current breeding system.

My understanding is that breeding programmes result in a wide range of potential new varieties, which are tested to create lists of recommended varieties. But these tests presume that there is nothing wrong with the current high rates of chemical use. Inclusion in the recommended lists also requires new varieties to be higher yielding than existing ones. So they actually do not test for which crops grow well under environments where pesticides or artificial fertilisers are rarely needed. Any varieties that potentially have natural disease resistance and therefore may require less fungicide, or which can better compete with weeds so require less herbicide, for example, may be being overlooked and lost to farmers. Even organic farmers are forced to look only at varieties grown in 'control conditions' (no pesticides at all but no cultural control either, which is essentially planting a seed in the ground and doing nothing - not very useful tests for an organic farmer who does anything but this).

Current farmer-led research receives just 1% of publicly funded agricultural research and development budget. We want this raised to 10%. If this happened, an extraordinary amount could be achieved. Many scientists involved in farmer-led research would highlight a multitude of alternative research initiatives, which require more investment and support and offer much greater rewards than anything that tweaking DNA has shown to offer. It is a disservice to farmers to ignore these opportunities and prioritise and unproven, risky technology instead.

3. Tackling disease in the livestock sector.

Amongst the rhetoric about gene editing, there is no mention that many of the diseases amongst livestock are caused by poor standards of animal welfare. The obvious solution, and one which the general public can get behind, is to improve standards of welfare and to support a transition to less but better meat from animals that are free-range and largely grass-fed where appropriate. The priority should not be to engineer an animal’s DNA so that it can withstand disease caused by overcrowded conditions and poor hygiene. And yet, the signs are that the government strategy is the latter.

We want to see immediate progress in these areas rather than using Brexit to pursue a deregulatory agenda for genetic modification. In fact, immediate divergence from current EU regulation could affect our ability to export all foods, not just those produced using GE technology, especially to the EU, currently by far our largest trading partner.

The focus of policy and research needs to be on how to restore exhausted soils, improve diversity in cropping, integrate livestock into rotations and reduce dependence on synthetic nitrogen and pesticides. The Soil Association will be responding to the gene-editing consultation shortly.

Join the community of thousands fighting to transform food and farming - we must act now to protect our health, our natural world, and our climate.