The European Commission Committee on Organic Production (EC COP) reconvened on the 8th and 9th of July and we were made aware that the issue of ongoing Annex IV status for UK organic certifiers would again be tabled.

As previously communicated, loss of status would leave UK businesses who import product, and don't further process them, no legitimate way to export these products to the EU or Northern Ireland in future. We're very clear on the significant potential impacts to both UK businesses and their overseas suppliers, should certification of out of scope products prove impossible going forward.

Ahead of the 9th July COP meeting, Soil Association Certification, our legal representative and a UKCOG representative met with the EC to make a case for maintenance of Annex IV status for UK certifiers.

The letter below has been forwarded to all Soil Association Certification BIO-142 licensees. This contains details of discussion with the EC, our subsequent activity and proposed next steps:

We wanted to update you on what has been happening since we last wrote to you on Friday 2nd July.

An amendment to EC1235/2008 was tabled for discussion at the European Commission Committee on Organic Production (EC COP) meeting on Thursday 8th July, which included a proposal to remove UK organic control bodies (CBs) from Annex IV. Annex IV recognition of UK CBs enables us to certify products for export to the EU and Northern Ireland that fall outside the scope of the EU/UK Trade and Cooperation Agreement (TCA).

We have not yet had any official update from the COP meeting, but early indications are that a vote didn’t take place at the meeting, nor is it clear whether the item was discussed. However, we await detail in the form of minutes and understand that a vote could still take place outside of the meeting.

What has happened since writing to you on 2nd July

A meeting was held with European Commission (EC) representatives prior to the COP meeting. Soil Association Certification and UK certification bodies were represented, with legal representation.

From this meeting, it was clear that the general view was that Brexit cannot be business as usual, EU regulatory principles must be maintained, and companies will need to change the way they trade. The EC rationale for removal of UK CBs from annex IV is based on their understanding that:

Despite our repeated correspondence to the EC on this issue, there remains an apparent lack of understanding of both the reality of distribution chains between the EU and UK/NI, and the control requirements for consignments of retail packed organic products broken down in the UK.

There also appeared to be a general lack of awareness of the full extent of products not covered by the scope of the TCA, and the extent to which EU companies - as well as UK companies - would be impacted, should these products no longer be able to move between the EU, GB and Northern Ireland. During the meeting, we also highlighted anticipated challenges for retail chains who move from EU to Northern Ireland (or EU) stores via GB distribution hubs.

We've been raising this issue directly with the EC from the moment we were made aware of the intention to remove UK CBs from Annex IV, including explicit correspondence to the EC, detailing the potential impact on organic trade should GB CBs lose status. EC representatives claimed not to have been previously made aware of this issue. We take this to mean that it had not been specifically raised by EU businesses.

It was indicated at this meeting that any solution for products outside the scope of the trade deal would be outside of Annex IV. We wrote to all Member State representatives who were to attend the COP meeting on the following two days, highlighting that our recognition in Annex IV is essential for products that fall outside the scope of the TCA, and detailing the potential impact on EU business. As such, we asked that they do not vote for the removal of UK CBs from Annex IV.

We followed the meeting on 7th July by writing to the EC, reiterating the seriousness of the issues and why Annex IV approval is still essential. We sent copies of this letter to European certifiers through the EOCC network and IFOAM EU representatives, and have asked companies we work with to communicate this along their European supply chains, so that they too can raise their concerns directly with their COP representatives.

We also met with Defra and the Head of Agriculture - UK Mission to the EU. As a result, the UK mission wrote directly to the EC, reinforcing our concerns.

If there is a vote, it's not the end of the process. There's a period of two months in which challenges to this regulatory change can be made. We understand from our legal counsel that a primary injunction could be sought ahead of any potential legal challenge to the removal of the UK CBs from Annex IV.

To help prepare for this, we intend to host a webinar on 27th July at 14:00 BST for concerned businesses and brief on how any legal challenge might function. We'll invite businesses that are able to send legal counsel/representatives to this meeting, and that can resource any legal challenge. We understand that the Court is free and that there are no costs of opposing lawyers, as the EC is represented by staff. We'll communicate this event directly to GB-BIO-142 licence holders.

In the meantime, you can continue to trade under Annex IV (GB-BIO 142) until further notice.

We'll update you with more information when we receive it, but if you have any questions, please contact our COI team." 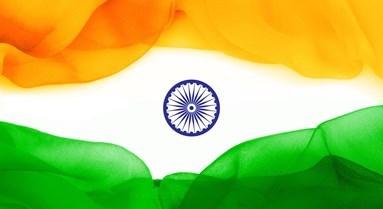 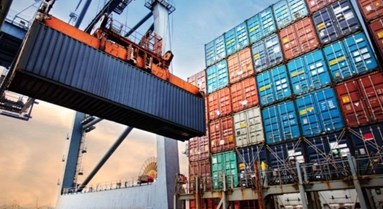 Brexit update: changes to import checks from EU to be postponed