In October, Rachel Harries attended a conference in Canada about labour in farming. She reports back here on what she found, and asks broader questions about the role of internships in farming.

Imagine trying to find work in a sector where there is a minimum wage but it doesn’t apply to farmworkers. That’s right, exceptions to employment law that say you don’t have to pay the people producing your food a minimum hourly rate, or in fact anything at all.

Imagine that an estimated 65% of the people working on small agro-ecological farms are working under these conditions, paid less than the minimum wage or even nothing at all. But it’s considered ok, because they are learning about being a farmer while they are working.

Excuse me? Is this really ok? Is this what organic food and farming is about? Does this really sit well with the organic  ">values of fairness, ecology, health and care?

This is the situation in Ontario, Canada as I discovered recently at a conference in Toronto on-farm internships. With the potential to change our food and farming policy post-Brexit we should pay attention to this debate, to make sure that new policies and international trade deals (such as CETA) don’t undermine what rights agricultural workers already have.

Researchers, Charles Levkoe and Michael Ekers have uncovered the widespread use of non-waged workers on small to medium ecological farms in Ontario, as part of the Food and Labour project. Delving deeper into this topic, in October I joined farmers and interns, academics, activists and legal experts for the Ecological Farm Internship Workshop: Models, Experiences and Justice. I was invited to speak about the Soil Association’s Future Growers programme, alongside the other farmer training schemes. 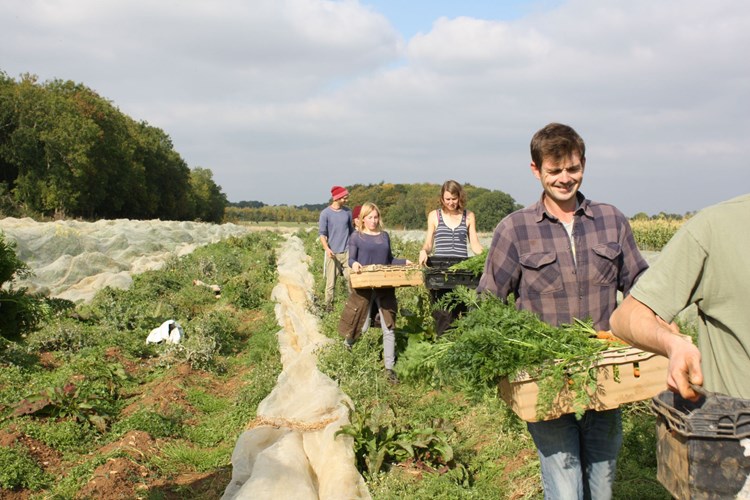 A key problem in Ontario is that the province’s employment standards mean farm workers are indeed the exception. Certain ‘exemptions’ within labour law exclude farm workers from basic rights like a minimum wage, maximum hours and have bizarre clauses that exclude employers from being required to bargain in good faith within employment negotiations.

I am union rep within my own workplace and I find these exemptions unbelievable and out of sync with our efforts for a fairer food system. Canadian human rights lawyer, Nadia Lambek asked: “How can we have a democratic food system when we don’t have democracy within the farm workplace?”

There are a range of complex issues at stake here. Where and how do new farmers learn practical skills? Should farms be paid for providing this service? Yes, I hear you say, these interns are gaining a valuable learning experience on these farms. Where else could they learn these practical skills? If they had to pay university fees for the equivalent experience, would they ever repay student debts given the low incomes we have come to expect in the sector? These are valuable questions, and they underlie the fact that the best farms offering internships are providing training that is just not available elsewhere. Everdale is one such farm which does this well and charges for it. For those that don’t charge, does the value of a few hours training, a caravan, free food and a small stipend equate to 40 hours at minimum wage – what happens when we do the sums?

The discrepancy in quality of training and experience that farm interns receive, is part of the problem. Natalie Childs talked about her and other interns’ experiences of hard repetitive work, injuries, and expected overtime. There is an inherent vulnerability in a situation where you are dependent on your employer for accommodation, food, and often transport to get off the farm. We heard of cases of exploitation of farm interns, not just in Ontario but across Canada, alongside excellent examples of internship programmes such as the Collaborative Regional Alliance for Farmer Training in South West Ontario (CRAFT SW Ontario).

There is a tension between whether internships are training or productive work. Throughout the day, we heard from many farmers in the room who use interns and feel uncomfortable with not being able to pay their workers. Small ecological farms operate within the current corporate dominated food system and are forced to compete with large mainstream farms using, at times, even more exploited migrant labour and pumping out industrially produced, cheap food.

From a legal perspective, internships are a complex area. This is particularly true in Canada where legislation varies from province to province and includes various exemptions, such as those for farm workers in Ontario. While this has little relevance in the UK, where the National Living Wage applies to all workers, what was most interesting to hear were the common excuses used in other sectors for not paying interns, such as “We’re different”, “we’re a start-up”, “we work for social justice.” And the Canadian Intern Association’s Josh Mandryk’s assertion that “Just because it’s legal, doesn’t mean it’s right.” 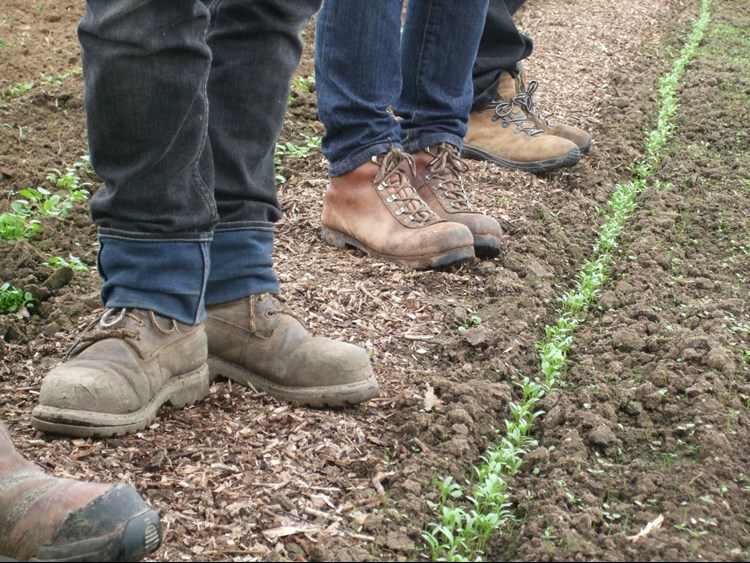 We heard from some great farmers, including Jordan Marr, an organic grower (and podcaster) from British Columbia who had tried offering internships on his farm, found he just didn’t have the time to commit to the extra training expected and felt uncomfortable with people working for him for nothing. Jordan, who had learned the trade through internships himself, has strong views on paying farm workers, and sees the minimum wage as a moral imperative.

He says that as private businesses, “…we shouldn’t derive economic benefits from our workers if we are paying them less than the minimum wage. “ And while he sympathises with farmers operating within an unjust food system, he thinks that doesn’t let us off the hook or should allow us to pass the moral responsibility onto consumers or the market. He says “There are so many costs in farming that we expect to pay. We wouldn’t say ”I’d like to pay for my seeds but I just can’t afford it’, so why should farm labour be any different?”

Other farmers during the day questioned the efficiency of using interns, volunteers or non-waged labour. They might be unskilled, unfit, work slowly, ask a lot of questions and take up a lot of time and energy, when you are trying to run a business.

Conversely, how efficient is the farm they are learning on if it cannot afford to pay for labour? Are we participating in a non-virtuous circle that doesn’t support the long-term sustainability of farm workers, organic and small-scale farms and the good food they produce.

One of the conclusions was that the best internships are those that look and feel most like work, which of course they should. If you are not learning how to work as a farmer and produce good food efficiently and fairly, what exactly are you learning? Which raises the obvious question: if it is work, why aren’t you being paid for it?

We could keep unpacking the issues here, as the questions keep coming! This is just the start of a much larger conversation on training and livelihoods in farming and part of the wider debate into our dysfunctional food system.

I am fairly certain that we don't have a situation on the same scale in the UK. Our employment legislation applies to all workers across the board. But learning about farm interns in Canada has made me think we should pay more attention to the livelihoods of farm workers and trainees in the UK, especially as we rethink policy following BREXIT, so we don’t find ourselves in a situation where the dominant labour force on our farms is unwaged. 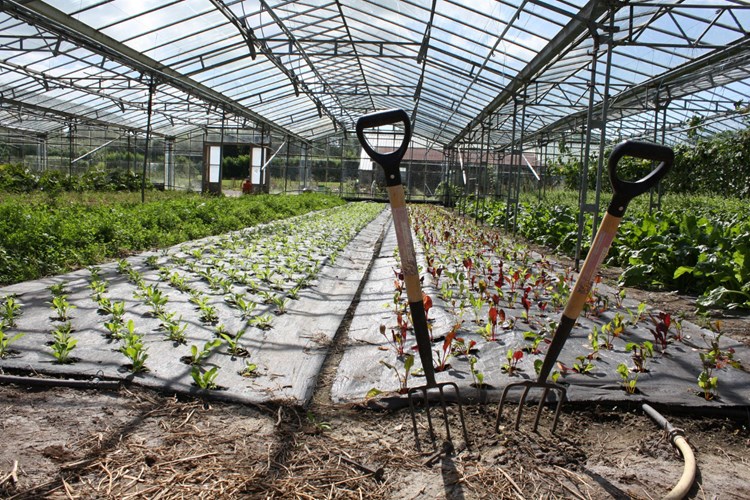 Rachel works at the Soil Association and is responsible for developing a Producer Skills Training programme, runs the Future Growers scheme. She is also part of an EU partnership on access to land. Rachel can advise on many issues facing new entrants to farming including how and where to access training, land, finance and support. She is also a good source of advice on how farmers and growers engage communities and work with volunteers.