Is Organic One Way to Face the Future?

I was invited to take part in this conference for a business focus along with a range of supply chains including Nestle and the Scotch Whiskey Association to explain how we are adapting to the challenges posed by climate change. 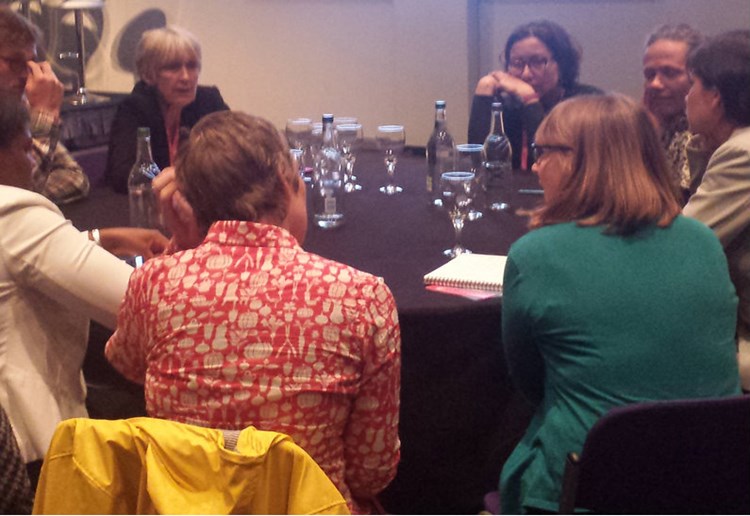 At first this seemed daunting. However on thinking about it further and doing some research, it soon became apparent to me that organic farming, by nature of its standards and practices is in itself an effective adaptation to climate change. Indeed the Food and Agriculture Organisation of the United Nations (FAO) states just this in its information to support the adaptation of agriculture to climate change.

The sort of changes farmers and growers will need to adapt to are physiological changes to crops, pasture, forests and livestock; changes in land, soil and water resources; increased weed and pest challenges and declines in yields and production culminating in a reduced marginal GDP from agriculture.

As farmers we are starting to see that we have to learn to deal with rapid and large changes in temperature as well as unexpected and large rainfall events.

When it comes to more generic adaptation to climate change successful changes include Increasing biodiversity in our production systems; implementing best practice for soil management; changes to crop rotations away from short term rotations to ensure maximum ground cover at all times and agroforestry. These are all elements of organic farming practice.

The Soil Association is keen to see the adoption of organic farming practices being more openly recommended as an effective way of supporting farmers to adapt successfully to climate change.

I was interviewed afterwards about my views on the causes of climate change, and how we need to think more carefully about our diets.

You can watch this interview below, although apologies for the quality: