Last week, the Prime Minister gave her first major speech on the environment, marking the publication of the long-awaited 25 Year Environment Plan. Soil Association chief executive Helen Browning was at the launch at the London Wetland Centre, alongside other environmental leaders.

Over recent months, the Soil Association has put forward proposals to government on what the 25 Year Environment Plan should contain – to meet the objective of protecting and enhancing the natural environment for the next generation.

We’re pleased to see that the 151-page Plan tackles some important food and farming issues – including the vital need to restore soil health, reduce pesticide use, deliver the highest levels of animal welfare and restore farmland biodiversity.  However, it lacks a sense of urgency, especially on climate change, and there’s still a lack of detail and too few practical or new measures that would turn green aspirations into on-the-ground action.

Overall, we’re not yet convinced that the Government has understood the need for fundamental shifts in the food and farming system if we’re to effectively protect and restore our precious natural environment.  There’s no mention of agroecological farming systems, such as organic, even though they exemplify many of the agricultural practices described in the Plan. We’ll continue to lobby the Government to recognise this, including in the forthcoming command paper on the Agriculture Bill.

Here, we take a look at four key issues that were covered to a greater or lesser extent:

Last year, Environment Secretary, Michael Gove, and Farming Minister, George Eustice, both promised to put soil health at the heart of the 25 Year Environment Plan.  How does today’s publication measure up?  Whilst we heard no mention of soil from the Prime Minister, the Plan itself contains 57 references to soil.

It sets out the Government’s ambition to improve the approach to soil management and restates the commitment to all of England’s soils being ‘managed sustainably’ by 2030.  The actions intended to achieve this are: updating guidance for farmers, investing £200,000 in developing and testing soil health metrics, and research to better understand how soil health supports wider environmental goals.

This is a start, but ignores the fact that we know what action must be taken to save soils, and how effectively to monitor soil health.  We want the Government to start that monitoring right away, and that was a key ask of the Save our Soils campaign. But there’s further to go, for example, including soil organic matter in the new mandatory soil testing rules, and fully recognising the contribution that more organic farming would make to the restoration of the UK’s precious agricultural soils.

Another focus of the Save our Soils campaign, which we were the first to draw political attention to, was the huge greenhouse gas emissions from lowland agricultural peat soils. This has been picked up in the 25 Year Environment Plan, which states:

“Although our drained lowland peatland makes up only a small proportion of the agricultural land in England, these are among our most fertile soils and play an important part in the nation’s food supply. Conventional agricultural production using current techniques on drained peatland is, however, inherently unsustainable. In view of this, we intend to create and deliver a new ambitious framework for peat restoration in England.”

This recognition that ‘conventional agricultural production’ is unsustainable in areas like the East Anglian Fens is really welcome, and we welcome this ground-breaking announcement and the determination to create a framework for future action. 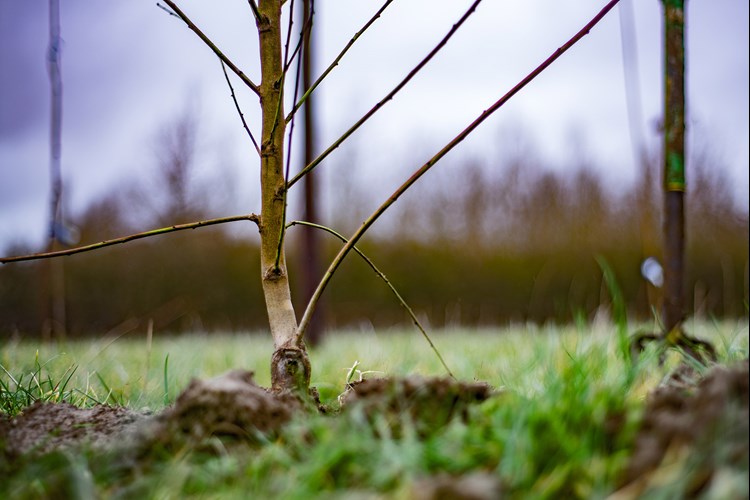 Tree planting is a key theme of the Plan – and we’re pleased that encouraging more trees on farms is part of the plan. Agroforestry is when trees are integrated into farming systems and is attracting major interest from farmers and foresters alike, because of the wide range of benefits that it can deliver in areas such as soil health, farm animal welfare, climate resilience, flood alleviation, and productivity.

“Through new approaches to environmental land management we will support extra woodland creation, incentivising more landowners and farmers to plant trees on their land, including for agroforestry and bio-energy production purposes.

And there’s a commitment to:

“Designing a new woodland creation grant scheme, involving landowners, farmers and key forestry stakeholders in the process. We want landowners to plant trees on their marginal land, while encouraging agroforestry.”

Agroforestry is another area where the forthcoming command paper, which will set out detailed proposals for the Agriculture Bill, should provide more detail.

With forestry being a major part of the Soil Association’s wider work, we’re pleased to see the Plan go some way to recognising the positive role of trees in many areas, for example: wildlife habitat, adapting to and mitigating climate change, water management, landscape enhancement, alternatives to plastic packaging, and a sustainable raw material for everything from toilet paper to timber framed houses. 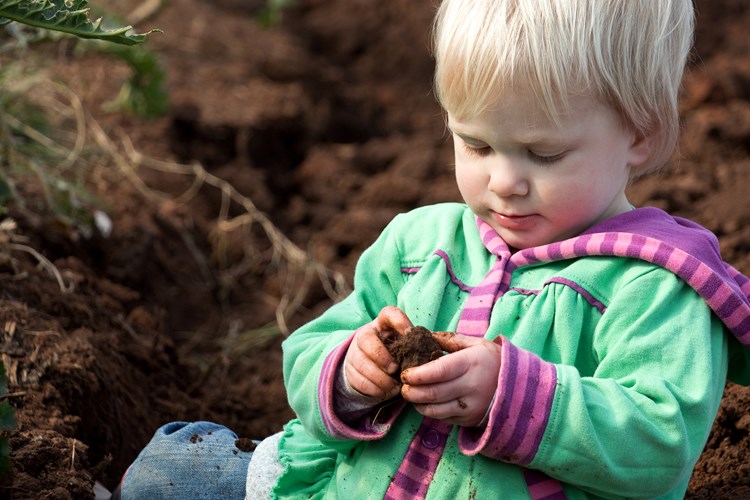 One of the welcome announcements in the Plan is a new scheme to help children engage with the environment though the Nature Friendly Schools programme and environmental school visits. Whilst this is welcome, it’ll be a huge missed opportunity if children are taught only to associate nature with nature reserves -rather than with our farmed countryside. Growing food, and visiting farms, are both proven ways to increase the amount of fruit and vegetables that children eat; in this way, combining nature with agriculture could achieve greater benefits, including for public health.

Food for Life farm visits have shown how valuable it is to let children experience a real working farm - to reconnect them with where food comes from, and will provide them with a valuable and enjoyable educational experience and lasting memories.

As the plan itself recognises:

“Farms in both rural and urban locations host groups of school children and share their knowledge about the environment and where food comes from. Some health professionals have adopted a practice known as ‘green prescribing’, a type of social prescribing where nature-based interventions are used to treat people with health conditions. Examples of interventions include gardening, conservation, care farms and green gyms.”

The forthcoming Agriculture Bill must do more to support farmers to farm for nature as well as food, including through more organic farming, and support the aims of the education sector, including by ensuring more children have an opportunity to stick their hands in the soil. 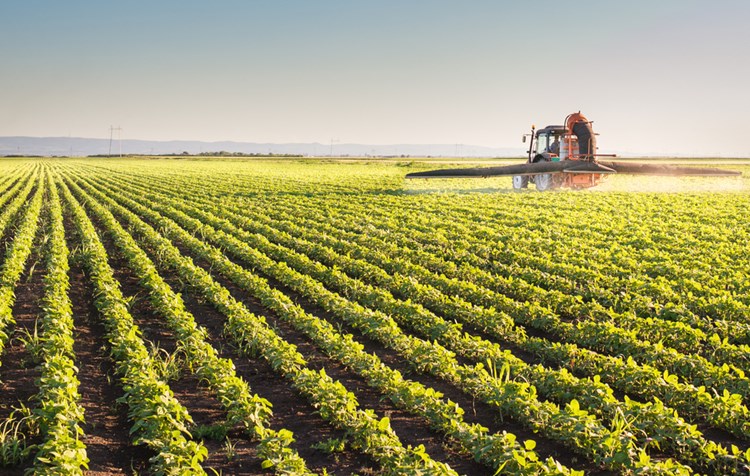 The Plan restates the Government’s intention to ban bee-killing neonicotinoid pesticides, stating that:

It also gives a nod to the need to reduce pesticide use.  However, the measures set out do not adequately address the risks that pesticides and agrochemicals pose to wildlife and human health alike.  Just last month, research found that common fungicides are the strongest factor linked to steep bumblebee declines - adding to the threats to vital pollinators. At a recent conference on public health and pesticides, scientists raised concerns about the human health impacts of very low doses of pesticides, and the dramatic increase in the number of active ingredients applied to three common UK crops.

Again, the Plan could be made stronger by recognising that organic farming is one important approach to producing food without synthetic pesticides and agrochemicals linked to the plight of bees, pollinators and other wildlife.

A new poll has revealed that an overwhelming majority of the British public want tough EU controls on pesticide to continue after Brexit – and many want even stronger regulation. Most people want an outright ban on chemical products sprayed on parks, playgrounds and other public spaces.  Banning the use of controversial weed killer glyphosate in public areas, and on crops just before harvest, is what the Soil Association has been calling for through the Not In Our Bread campaign – yet the 25 Year Environment Plan is completely silent on glyphosate.   The “new Chemicals Strategy to tackle chemicals of national concern” announced in the Plan will be an opportunity to rectify this. 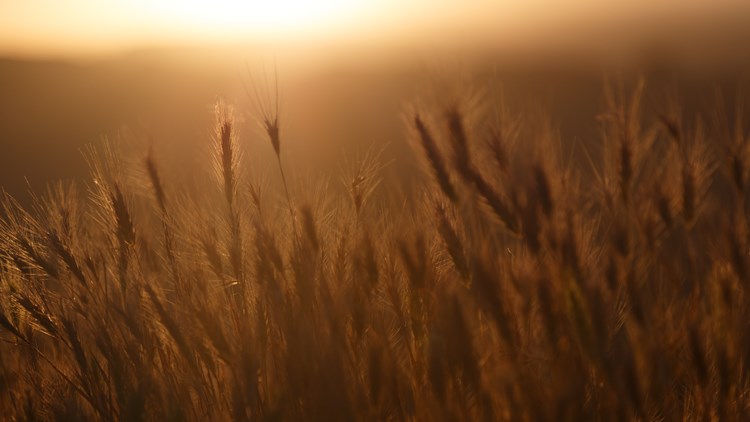 A new green business council will be established and the 25 Year Environment Plan will be refreshed regularly too.

On farming policy, the Plan confirms that proposals for an Agriculture Bill will follow. These will contain more detail on a new environmental land management scheme that encourages broad participation and secures environmental improvements; improving targeted support for more complex environmental improvements, backed up by specialist advice; and new and innovative funding and delivery mechanisms.  We’ll continue to work hard to ensure the Soil Association’s proposals are included – including the links between food, farming and public health, which are far too often neglected.

read more
Find out about our work to save our soil