The 22nd February saw Jerry Alford and I setting off for a golf club in Thetford with James Alexander from Prime West to meet up with close to 20 Norfolk farmers for the day. Our brief from Rob Tarry at Train East, was to explore how cover crops can be used by arable farmers to improve soil health, and their overall farm gross margins.

First up was Jerry Alford, Soil and Arable advisor at the Soil Association. He covered the use of cover-crops to improve soil structure, soil organic matter and reduce nutrient loss. The presentation looked at the benefits that could be achieved by building soil organic matter and improving soil workability; and the potential to reduce aggressive cultivations, such as power harrows, which are detrimental to soil organisms. The types of cover-crops and their advantages and disadvantages were raised and particularly the importance of fitting them into the rotation, and not the rotation around the cover-crop. Norfolk has a relatively low livestock density, but there could be a potential benefit from bringing in livestock to convert crops into a more plant friendly form, whilst the material trampled by livestock kick starts biological activity and adds organic matter. Next up was James Alexander who spoke from his unusual perspective of being both an organic and non – organic farmer, growing on a number of different soil types across the country.

It was clear from the questions that the group are very interested in the potential benefits of cover crops but were concerned about the impact on the bottom line.

At the moment the financial evidence is in short supply, although Innovative Farmers field labs are starting to yield results on the use of cover crops in a number of settings. Increasingly we know more about the physical effects of introducing cover crops in arable rotations such as reducing soil leaching over winter, improving soil structure and retaining nutrients for future crops. What there is less hard evidence on is the cumulative benefit and financial impact of these physical changes.

After a great lunch courtesy of our hosts, we set to looking at a number of soil samples collected by James from a range of fields at different stages in the rotation. Soil structure integrity is a key indicator of soil health with the soil fauna responsible for helping to hold soil together. A very simple practical test of putting a lump of soil into a glass of water and looking at the colour change was carried out with interesting results leading to great discussions on the value of friable soil versus greater soil integrity. The group then discussed the merits of the various soil tests available, ranging from counting earthworms through to microbiological analysis, soil organic matter measurements etc. To help with this the group referred to the soil testing crib sheet produced by GREATsoils. 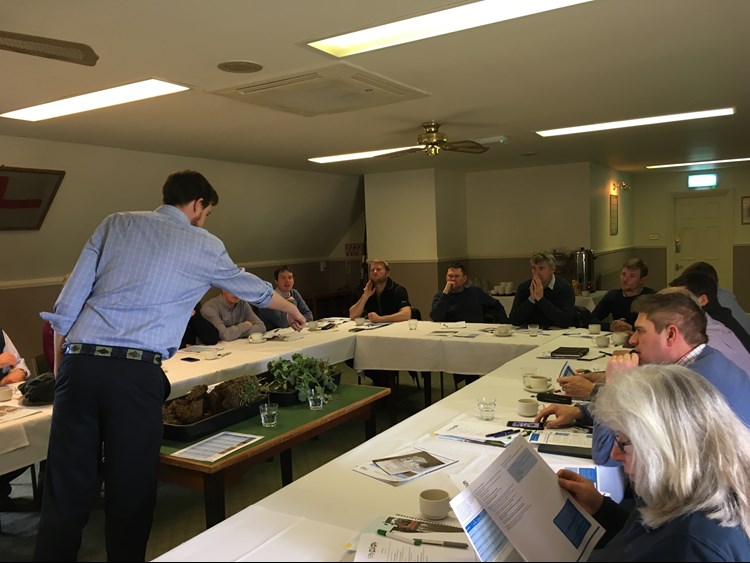 The final technical presentation from Jerry started to tease out the financial implications of the introduction of cover crops into the arable rotation. Looking at the major advantages and trying to put some financial value on these using evidence from UK trials. Two trials of note measured the amount fertilised captured by the cover crop from previous applications.

With a radish cover crop £51 worth of Nitrogen/ha was found in the leaf material, which was potentially available to the following crop, whilst a white clover cover held £71 of N, P and K, harvested between March and November as a crop under-sown in winter wheat. Mention was also made of a GREATsoils trial on lettuces which had produced a 7.9% increase in yield, with anecdotal evidence of a reduction in fuel use during ground preparation and increased water infiltration after a rain event allowing earlier access for harvesting. On a livestock-based cover-crop trial, an Oat/rye/Phacelia cover-crop following winter barley was ensiled to produce an arable silage. The following spring barley crop had £29 less Nitrogen applied but was still considered to be over-fertilised, the silage was valued at £115/ha over cost of seed and harvesting.

These trials are interesting but there must be lots more evidence out there. If you've done the sums on using cover crops, please let us know what you've found. 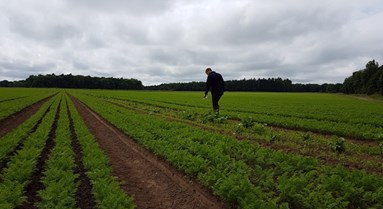 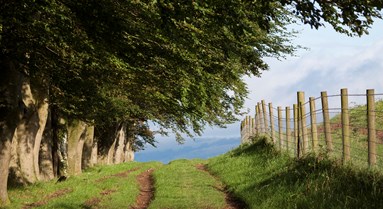 Exploring how the Church of England land can adopt Functional AgroBiodiversity