All organic producers want to farm their land in harmony with nature. Finding practices that protect wildlife and encourage biodiversity are concepts familiar to everyone working in this field (no pun intended).

But how do you identify areas on-farm that need protection, then quantify and measure what you’re doing to ensure their rejuvenation and continued success?

One proven method is the High Conservation Values (HCVs) approach – a system of six measures that now form part of the Soil Association’s organic standards.

What does this mean for me?

The guidance for standard 2.1.7 has been updated to include new resources developed to help identify high conservation values on UK farms and clarify how the standard will be implemented.

HCVs were originally developed in 1999 by FSC as a measurable way to tackle issues of habitat loss in forests around the world.

Proven to be a successful tool, they have subsequently been adopted and adapted across agricultural commodities in several certification schemes. The same framework is used, for example, by the Roundtable on Sustainable Palm Oil, Rainforest Alliance, and by some organic standards, as championed by the global organic body, IFOAM.

What do the HCVs cover?

Soil Association standard 2.1.7 requires organic farmers who already have HCVs on farm to identify them and demonstrate that they are maintaining them. The 6 HCVs are:

Why are these changes needed?

We are in the midst of a climate and biodiversity crisis. Farms cover about 72% of land in the UK - but according to a 2019 Natural History Museum report, over 40% of all UK species studied have declined since the 1970s, largely due to the increase of monocultures and industrial farming techniques. WWF even describes the UK as ‘one of the most nature depleted countries in the world’.

Organic farmers are nature and biodiversity champions, and we want to support and demonstrate this. The HCV approach is a tried and tested mechanism for doing just this.

The UK has a long history of effective nature conservation (nature reserves, sites of special scientific interest, protected species regulations, etc.). Compared to other certification schemes designed for commodities in countries at high risk of deforestation, we can take a more straightforward approach with our UK organic producers, knowing that some habitat protections are already enforced via statutory requirements.

How can I identify HCVs on my land?

We have developed a new checklist that clarifies what the HCVs are known as in the UK. For example, to identify HCV1 sites we are focusing on SSSIs and Protected Species. 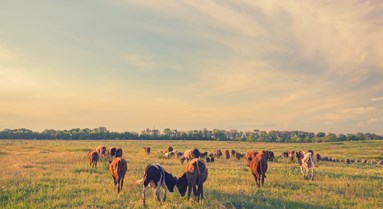 Find out more about our organic farming standards

These standards set out the requirements for organic farming and growing so you can produce and sell your products as organic using our symbol.