Soil Association Scotland had a great time at the Show

Soil Association Scotland at the Show

One of the highlights of the Highland Show was the Soils Trail, which was delivered in partnership with seven other organisations (Hutton, SEARS, NFUS, SRUC,BSSS, RHET and SOPA) who each hosted a Soil Character at their stand and saw 800 participants follow the trail around the show to collect stickers and prizes for answering clues about Scotland’s different soil types. Environment Minister Dr Aileen McLeod even mentioned the Soil Trail in one of her speeches!

Best Soil in Show at the Highland Show

An organic farm in Dunbartonshire was awarded the Winner’s Prize for the Best Soil in Show competition at this year’s Royal Highland Show. David Scott-Park, Portnellan Farm was declared winner of the organic category, and over-all winner, and presented with the trophy by Environment Minister Dr Aileen McLeod and European Commissioner for Agriculture and Rural Development, Phil Hogan. Find out more here.

Better start planning for next year!

We were lucky enough to hold our organic breakfast in the Upper Highland Hall for a second year running, showcasing Scottish organic produce and providing a much needed breakfast for visitors. The event was attended by James Withers (Scotland Food and Drink), Helen Browning (Chief Executive, Soil Association) and Arwyn Jones (European Commission). Discussions ranged from International Year of the Soils to the Food For Life Catering Mark and the organic market in Scotland. We sampled a very hearty breakfast of Grierson’s bacon and eggs, Breadshare Bakery’s rolls and pastries, Tiphereth’s jams, James Gourmet’s coffee, Equal Exchange’s teas and Brown Cow Organics’ yoghurt! 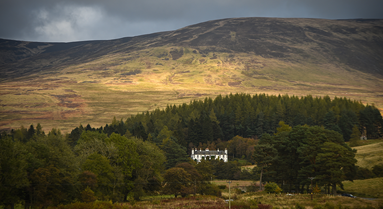