On Monday 9th April, Bayer won approval for its $62.5 billion purchase of Monsanto. The Department of Justice in the United States approved the takeover that would create a company (informally dubbed Baysanto) with a share of more than a quarter of the world’s seed and pesticides market. Just as they did in Europe, Bayer has worked to divest in key businesses in order to reduce questions over monopoly. By allowing the deal to move forward, the Justice Department appear to believe that the current divestments are sufficient.

Throughout the process, US politicians across the country have raised questions over the monopolistic control that “Baysanto” would have. Senator for Vermont, and former Presidential candidate, Bernie Sanders said that the attempted takeover is “a threat to all Americans”, adding that agribusiness mergers “boost the profits of huge corporations and leave Americans paying even higher prices”. From the Republicans, the Senior Senator for Iowa, Chuck Grassley, has raised concerns. As the political representative of a key farming state, he raised questions over the impact that agribusiness mega-mergers will have to limit the ability of farmers to make independent choices for themselves.

However, President Trump’s administration has encouraged a shift away from federal regulation towards a more “business-friendly” approach. This ideological shift has negatively impacted on the American environment and low-income Americans. It would seem that the Justice Department has decided to follow the prevailing winds of Washington and allow greater corporatisation of the agriculture sector.

Like farmers in the EU, US farmers have been vocal in opposing the merger. According to a recent poll of American farmers, 93.7% of farmers are concerned that the proposed Bayer-Monsanto merger will negatively impact independent farmers and farming communities.

US farmers are concerned that the merger may give Bayer-Monsanto the ability effectively to micromanage vast swathes of farmland and limit choice. Following the merger, the company would control nearly three quarters of the seed of US cotton, giving them near-monopolistic control. The merger will increase Monsanto’s control over other areas where it is already a dominant player, including fertilisers, pesticides and some farming technology.

Organic farmers in the US have also opposed the merger with 90% saying that they were concerned that agrochemical drift will impact their ability to continue organic farming (69.6% were very concerned).

However, this fear underlines some key differences between US and EU agriculture. Firstly, the aerial spraying of agrichemicals, which is the primary cause of pesticide drift, has long been prohibited by all EU member states. Dicamba, a US pesticide currently in widespread use on GM crops, is notorious for drift since it is a highly volatile chemical that can vaporize extremely rapidly. The chemical’s ability to easily drift onto neighbouring farms has resulted in 3.6 million acres of US non-GM soybeans being damaged by dicamba spraying in 2017 alone. 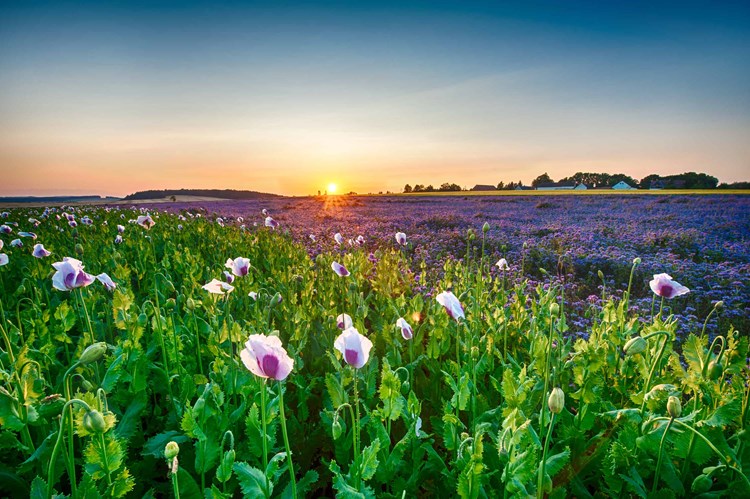 Secondly, while US agriculture is associated with wide-open prairies, European farming is generally defined by smaller fields with physical boundaries between properties. This is a result of Europe’s long agricultural history, with hedgerows, dykes, stone-walls and fencing providing physical separation between fields and better protection from drift.

Despite fears of the impact of the merger, organic farmers do have less immediate concerns since they are not dependant on the chemicals produced by either Bayer or Monsanto. In fact, these mergers might even benefit the organic movement since the press attention will increase public awareness and lead to a wider rejection of industrial agriculture. With increasing scrutiny over the safety of neonicotinoids and glyphosate, expanding pesticide resistance and the necessity to reduce dependence on artificial nitrogen fertilizer (a key driver of climate change), industrial agriculture is failing and we’re seeing a steady growth in organic farming worldwide.

However, despite not being directly impacted by the Bayer-Monsanto decision, organic farmers should still have serious concerns over the merger.  Everyone who cares about the future of farming should oppose corporate control of our food systems. Our goal is a farming system that is healthy and sustainable, and “Baysanto” creates a major obstacle in achieving that.

What Could The Merger Of Agribusinesses, Like Monsanto And Bayer, Mean For The World?