A new paper analysing studies into the safety of glyphosate, by Professor Charles Benbrook, has highlighted the many failings of the current pesticide regulatory system and the need for government to help UK farming shift away from using potentially harmful chemicals.

Dr Benbrook analysed why the US Environmental Protection Agency reached such a different conclusion on glyphosate and determined its use to be safe, in comparison to the International Agency for Research on Cancer’s conclusion that it could cause cancer.

Findings from the study

The study reveals how pesticide industry studies are given greater recognition than scientific peer-reviewed open literature in regulatory decision-making.

It puts numbers on how different the results of peer-reviewed studies are in comparison with commercially confidential industry own studies:

While this paper covers the USA’s regulatory conclusion over the safety of glyphosate, similar criticisms have been made of EU procedure in pesticide regulation, including that on glyphosate, placing more weight on the results of industry unpublished studies and too little on the peer-reviewed studies.

Dr Benbrook also covers how the EPA acknowledged they placed little weight on assays of glyphosate based products but glyphosate in the pure form only. (IARC placed considerably weight on these and 79% found a positive result for genotoxicity.)

“This peer-reviewed paper highlights the many failings of the current pesticide regulatory system and the need for government to help UK farming shift away from using potentially harmful chemicals. The government is not doing enough to help farmers get off the pesticide treadmill and paying too little attention to the risks of pesticide use to wildlife and human health.

“Alongside a stronger and more transparent pesticide regulation system that people can trust, we need a wholescale rethink of our farming systems so that nature friendly farming methods, such as organic, become the norm.

“This new research reaffirms why it is sensible for the UK government to take serious action to support farmers to manage without glyphosate, as organic farmers already do, and we continue to call for a ban on spraying this chemical on crops at harvest time and on its use in parks and gardens.

“The paper highlights the vast difference between peer-reviewed studies into glyphosate, the majority of which suggest a link to cancer, compared to 99% of industry assays deeming it to be safe.

“It is unacceptable that pesticide industry studies receive greater recognition than scientific peer-reviewed open literature in regulatory decision-making. Whilst this paper focusses on the USA’s Environmental Protection Agency, similar criticisms have been made of EU decisions and we fear that outside the EU pressure to approve pesticides will increase.

“Pesticide use in the UK has increased markedly over the past few decades despite the availability of new technologies and tested agroecological innovations, such as agroforestry, organic farming and robotics. These methods prove we can produce plentiful, healthy food while supporting wildlife and climate change mitigation – without reliance on pesticides.”

EU Parliament recently voted in favour of increased transparency rules and next week will be voting on a draft report by the PEST Committee that was set up following the glyphosate debate, which calls for a reform of the current EU pesticide authorisation system.

This includes the need for a new systematic review of all the evidence on glyphosate carcinogenicity. It also includes recommendations to reduce any potential industry bias. 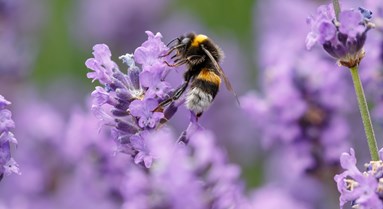 Rethink of pesticide use is needed