The Soil Association’s 2016 Organic Market Report - launched today, 23 February - reveals that the organic market continued steady growth of 4.9% in 2015. This is the third year of consecutive growth for the organic sector in Scotland and across the UK, now worth £1.95 billion. A total of 36% of Scottish independent retailers say sales have increased over the last 12 months.

Sales of organic have continued to outperform the non-organic grocery market across the UK, which decreased by 0.9% in the same period. Shoppers spent an extra £1.73 million a week on organic products in 2015, and the steady rise of the organic market experienced in the UK mirrors a global trend of growth and widening interest in the organic sector.

In Scotland, the Organic Market Report 2016 highlights that:

And across the UK:

Alison Muirhead, Scotland Business Development Manager for Soil Association Certification, said, “This is a hugely exciting time for the organic sector right across the UK, with the market set to break through the £2 billion mark in 2016 and reach levels seen before the recession. Thanks to the growth of online, it is now possible for retailers to connect consumers with the broadest choice of organic products.

“The support for organic in Scotland specifically is encouraging: the new Organic Action Plan for Scotland launched earlier this year reaffirms the Scottish Government’s commitment to treat organic as a national priority, and 2015 as the Year of Food and Drink in Scotland put organic in the spotlight, with events, innovation and entrepreneurship at the forefront. The market is growing, with consumers interested in buying organic products, and looking beyond supermarkets to find them – resulting in increasing organic sales in independent retailers and wholesalers.”

This year’s figures highlight a shift in consumer shopping habits across Scotland and the rest of the UK, tending towards independent retailers. The independent and box scheme sectors have both benefited from these changing habits and grew by a combined 8.2% in 2015. Consumers are now spending over £544 million every year through these channels.

The sustained interest in organic is partially driven by an increase in young and socially conscious ‘millennials’ with strong social, ethical and environmental values. These consumers are increasingly choosing organic because they want to know the origins of their food and are willing to pay more for products with quality assurance standards supporting the environment, society and animal welfare.

The future is looking bright for organic - last week, research published in the British Journal of Nutrition confirmed organic dairy and meat is nutritionally different from its non-organic equivalent. Led by Newcastle University, the study was the largest systematic review of its kind and found organic milk and meat contains around 50% more beneficial omega-3 fatty acids. This follows earlier research which showed that organic crops contain higher concentrations of antioxidants and lower concentrations of some heavy metals, less chemical pesticide residues and nitrite/nitrate. Together, these studies are paving the way - showing how we farm does affect the quality of our food and that there are significant differences between organic and non-organic.

Alison is Business Development Manager in Scotland. She works with businesses across the organic supply chain, from farmers and growers to wholesalers and retailers. Her main aim is to grow the organic market in Scotland and raise awareness of the value of organic, and why consumers should buy it. 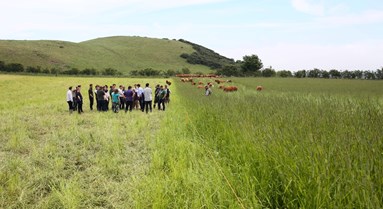 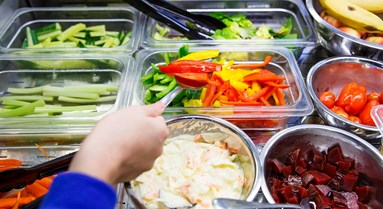