Organic Ambitions: Scotland’s Organic Action Plan 2016 – 2020 sets out a range of actions which aim to help build a more sustainable future for organic food and farming in Scotland. It was created with input from relevant organisations across the country, including Soil Association Scotland. The plan will be celebrated with a reception at the Scottish Parliament in Edinburgh on Thursday 28 January, attended by Richard Lochhead, Cabinet Secretary for Rural Affairs, Food and the Environment.

Angela Mitchell, Acting Director for Soil Association Scotland said: “We welcome the new action plan and the Scottish Government’s continuing support for organics as a national priority. The actions it sets out have the potential to make real change in how Scotland farms and eats; as well as increasing sales of organic produce, and the amount of land in Scotland being farmed organically. This will be good for consumers, for farmers and producers, and for the environment.

“The plan is very ambitious. The challenge now will be to find ways to ensure that, even in the face of difficult economic times, the vision it sets out becomes a reality. It was created with input from a wide range of organisations interested in food, farming and the environment, and it is critical that we all continue to work together to implement it. Here at Soil Association Scotland we look forward to contributing to the success of the plan by building on our existing work through programmes like Food for Life to work with schools, public sector organisations, caterers and retailers to raise awareness about good food and organic produce. We also look forward to continuing to work with farmers, growers, processors and key partner organisations in order to support the organic sector in Scotland.” 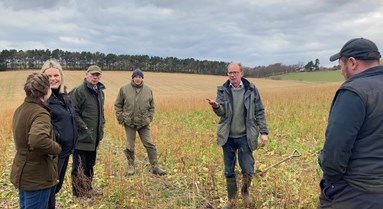 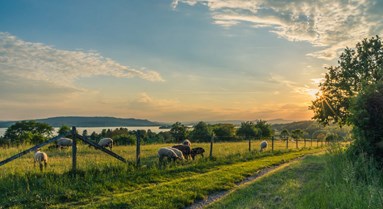