What unites an estate owner, a forest trust manager, and an entrepreneur?

When you think of a landscape, you’d be forgiven for thinking of it in terms of space. The word conjures up images of sweeping grassy fields, vast mountain ranges, and rivers stretching out to the horizon. But when you’re responsible for managing that landscape, there’s another, more pressing consideration: time. 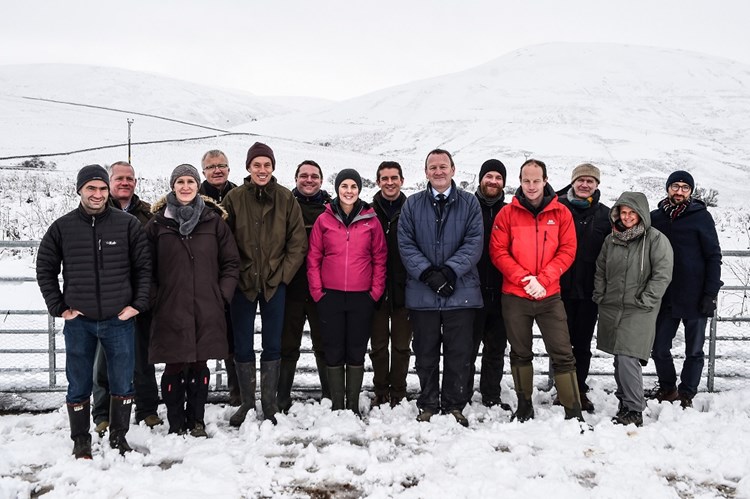 Last week, a new network of ‘landscape leaders’ met for the first time to bring about positive environmental change in Scotland at the biggest possible scale. The group, participating in Soil Association Scotland’s new Landscape Leadership programme, includes a mix of private landowners and managers, NGO and community trust land managers, who collectively manage over 80,000 acres of land.

Despite the diversity of their relationships to their landscapes, it quickly became clear that all are united by their awareness of time as a motivation in land management.

All spoke of the repercussions of decisions made in the distant past, a sense of responsibility for the decisions they are making now, and a concern about what kind of legacy they will leave for future generations.

We spoke to three members of the group – an estate owner, a forest trust manager, and an entrepreneur – about the ways that the past, present and future have influenced their approach to land management.

Caring for the environment is nothing new

“A lot of my own values can be traced back to my grandmother, Elizabeth Noble,” says estate owner David Sumsion of Ardkinglas Estate (pictured third from right above). “I remember her as very self-reliant. She made her own bread every day, she made her own butter, she did most of the cooking herself, and she ran an extensive vegetable garden. She was also fiercely against the idea of pesticides or weed killers and was an early member of the Soil Association.

“When I was a child she seemed a little bit severe and frightening! But as a teenager I began to appreciate a lot of the things she thought were important. Decisions that my grandmother made in the past have an impact on what I’m doing on the estate now, and I still have a sense of respect for those decisions.” 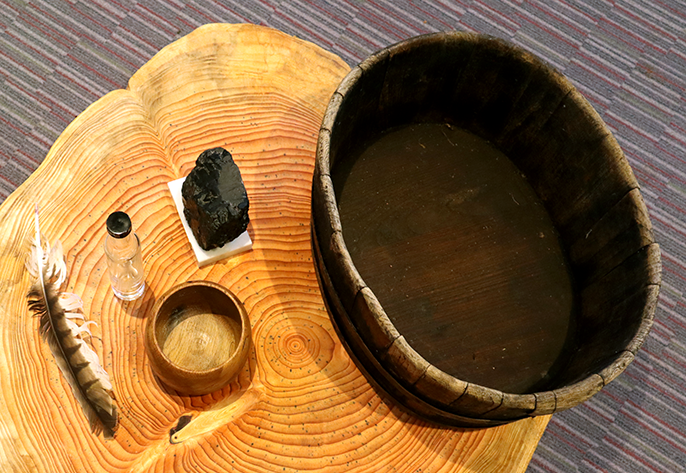 Picture: Participants were invited to bring an object that explained why environmental issues are important to them to the first session. David brought his grandmother's washing up bowl, explaining: “My grandmother was careful about everything she did. For example, she wouldn’t use washing liquid in this bowl, so everything was washed with warm water and a bit of soap. A lot of my own values can be traced back to her.”

“Looking at some recent press coverage, it’s as if no one has ever thought about the environment before. But thinking about the past and my grandmother’s values, it brings home that a lot of people have always tried to be responsible about their use of resources and to think about our impact on the planet and wider society.

“It’s not a new thing to worry about the environment; you could probably go back hundreds of years and find people with similar ideas. That’s something that’s not talked about much, but I think it’s an important point to make.

“Often people say it’s too difficult to get people to change, that they aren’t going to change their habits. But I think that’s just not true. It puts a different angle on it if instead of having to persuade people to do something, you think of it more as appealing to people’s natural instinct. It makes it seem possible that we can make a difference.”

Environmental land management is essential to tackling climate change. And we need to act now.

“I was lucky to get the opportunity to take some time out and think about what I really wanted to do,” explains entrepreneur Jim Mann of The Birch Syrup Company (pictured far left above), who uses agroforestry with pigs in his business. “For me, climate change is the biggest challenge facing us right now, so that’s the problem I decided to work on with my businesses.

“I think there’s already a question mark as to whether it’s too late to act, so acting now is essential. And we’ve got to view land management as part of that.

“The key thing is that there’s more carbon in our soil than in our atmosphere and in every living thing. So we need to look at soil as part of the solution to climate change. If we aren’t considering soil then we’re missing the biggest potential carbon sink that there is.

“We’re now grazing Mangalitza pigs under our birch trees. Normally we fence all livestock out of a forest and that skews the ecosystem. It’s not a sustainable ecosystem when we fence out the deer and boar. A lot of the life vanishes.”

The daily race for pignuts🏁🐖

“By bringing the pigs in and managing that ecosystem better, we can increase the fertility of the soils, fertilise the trees, and allow plants to come back that otherwise wouldn’t be able to grow in the low light conditions before thinning.

“We’ve had the pigs in for about eighteen months now, and within six months you could already see the change in the soil. It will be interesting to see what happens over the next few months as we come into spring. We don’t know what it will look like yet, but we’re pretty confident it will benefit the ecosystem.”

Land management involves thinking well beyond the lifespan of an individual

“I found it really interesting just being in a room with so many different people,” says Nicola Hunt, Programme Manager at the Borders Forest Trust (pictured third from left above), of the first Landscape Leadership session. “Even though everyone’s coming from a different background, ultimately we’re looking forward to the same thing, sharing a common aspiration to make the most out of our landscape.

“For me personally, one of the big things I want to see is change. It’s about putting something back. The Scottish Borders has one of the lowest covers of native woodland in all the country but one of the highest commercial conifer coverage. People have lost that connectivity with what should actually be here.

“The Borders Forest Trust has been going for almost 25 years now, and one of the first things we did was buy a 660ha valley, Carrifran, to recreate a 'wildwood', where we wanted to restore the woodland that would have been there about 6,000 years ago. We can already begin to see the change in the landscape.”

Picture: These striking photos show what Carrifran looked like almost 25 years ago, before any trees were planted, and what the landscape looks like today. “We’re trying to bring something back. We’ve now planted almost two million native trees across the south of Scotland, and we’re now just starting to see the change in the landscape.”

“It’s fantastic to see that change – but not only can you see it visually, you can also measure it with bird surveys comparing what was there before we started planting with what you can see now. The red squirrel has come back to Carrifran, along with twelve species of woodland birds – blackcap and lesser redpoll, dunnock, garden warbler and siskin, mistle thrush, tree pipit and great tit, robin, blackbird, woodcock and song thrush.

“I just think it’s incredible that you start the process by putting in the basic building blocks of a habitat, and then other things kick in. We know creating a wild wood will take a long, long time – hundreds of years, you’re talking way beyond the lifespan of an individual – and by recognising the importance of this we’ve started that ball rolling.

“It’s fantastic to have a place where people can go. When they can see it, it helps rekindle their connection with native woodland. That inspiration encourages people that they can do things as well, so we’re making an impact on a bigger scale than just the landscape we’re working on.”

The first Landscape Leadership session focused on establishing the group’s motivations for joining the programme, introduced the group to theories of leadership and community engagement, and included a site visit to the Queensberry Estate to discuss natural capital.

If you want to be kept up to date on the Landscape Leadership programme, you can also get in touch for more information on how this year’s programme progresses, or for news of future rounds of the programme.

Interview: How coaching can help balance priorities in the land sector