This week, Soil Association Scotland joined the Landworkers Alliance, the Scottish Crofting Federation, the Nature Friendly Farming Network and Propagate outside the Scottish Parliament for a rally in support of small farms and crofts.

It was a great opportunity to highlight the benefits of small-scale agriculture for local food production, climate change mitigation, nature restoration – and, importantly, community.

Globally, it is well recognised that small farms play a key role in society.

The European Parliament recently stated that small units “allocate larger shares of their production to food and have a more diversified produce portfolio than larger farms”.

Several UN Special Rapporteurs on the Right to Food have emphasised the value of production at small scales, including the potential for job opportunities and the fact that many small-scale units can be more productive than large farms when productivity is calculated per hectare rather than per worker.

Recognition for small-scale farming and crofting

Despite all of this, many small-scale farmers, crofters and growers do not feel that they are recognised within the current system of public support for agriculture in Scotland.

For example, anyone operating below the 3ha threshold is not eligible for basic payments.

That excludes many market gardeners, including Nat and Bryde from Falkland Kitchen Farm, who told the Holyrood event they are serving 100 customers from just two hectares.

That example, along with many others represented on the day from the Western Isles, Dumfries and Galloway, Aberdeenshire and Lothian, illustrated just how important small producers can be. 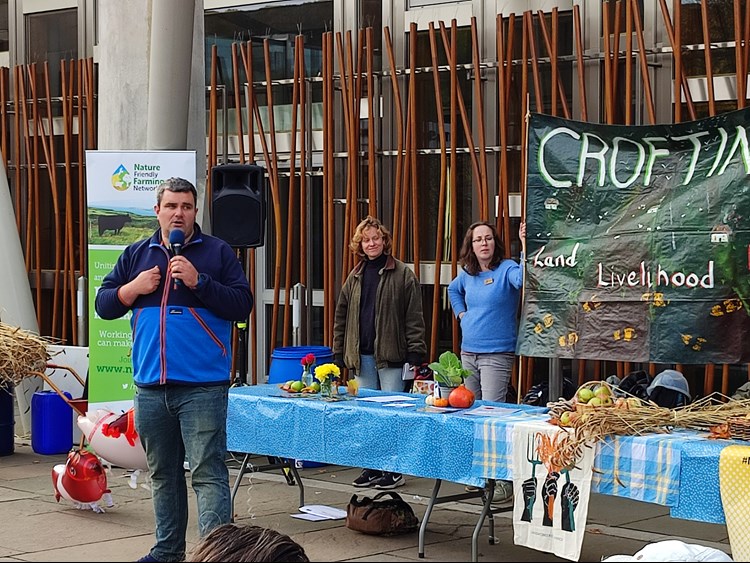 With a consultation on the Scottish Agriculture Bill ongoing, this is the time to raise these issues and make the case for a fairer system that recognises the value of small-scale farming, crofting and growing and offers support for the public goods they provide.

At the moment, there is a concern that the future support framework outlined in the Agriculture Bill consultation has not been designed with small-scale producers in mind.

Engagement with MSPs from all parties

The parliamentary event was a great opportunity to engage directly with the government and individual MSPs. 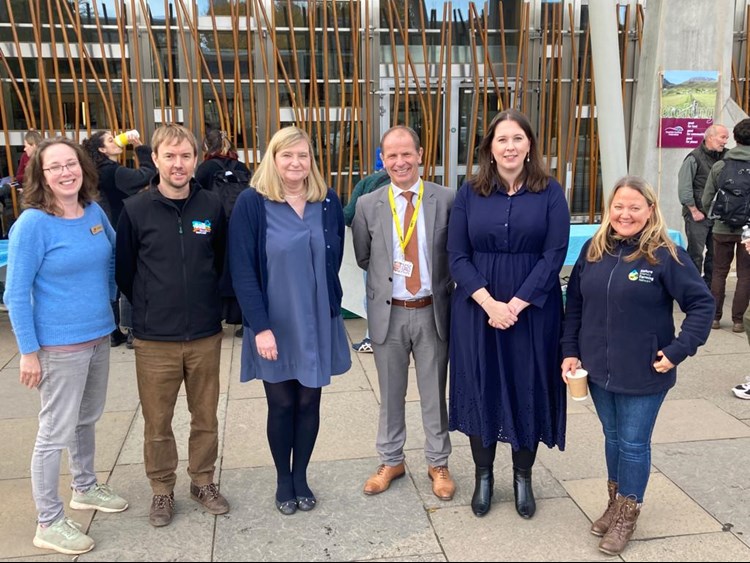 What are we asking for?

Along with representatives from the Landworkers Alliance, Nature Friendly Farming Network, Scottish Crofting Federation and Propagate, Soil Association made the case for support for small farms. This included a request for recognition of the vital role played by small producers and the need for consultation and involvement during the policy development process.

The new conditionality requirements being set by Scottish Government, where half of all direct payments will be dependent upon what the farmer or crofter does for emissions reduction and nature restoration, must be manageable for small farmers and crofters

Direct support should also be provided to market gardeners, who are already delivering on the Scottish Government’s ambitions within the emerging Local Food Strategy.

And finally, the elective and complementary schemes within the new payment structure should also be designed for and open to small scale farmers and crofters, including capital grants for equipment and infrastructure, support for producer co-ops and targeted supply chain interventions to boost local processing capacity.

Most importantly of all, we do not want to see small farms and crofts forgotten about in this overhaul of rural policy in Scotland.