Roger and Rachel Howison of Parkhill Farm explain how a silvoarable system is good for livestock, biodiversity and business. 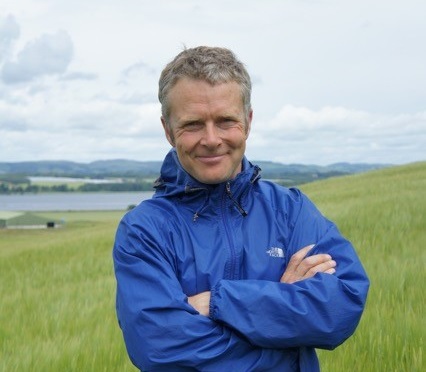 Picture: Roger Howison has farmed at Parkhill Farm in Fife since 2011.

Roger says: "In 2011 my wife Rachel, who’s Canadian, and our two kids Rafferty, 12, and Rose, 9, came back from Canada to farm at Parkhill. My dad Tommy was supposedly retiring, but he’s still out on the farm six days a week!

We wanted to be traditional farmers but we also wanted to do things a bit differently. We wanted to try and grow a crop and make a product from it all here on the farm.

We were interested in apples because of the nearby Lindores Abbey – the oldest known distillery - where the French monks came over in the 1100s and grew barley for beer and whisky, and apples for cider. There were 650 apple trees already in Newburgh for just 2000 people so we knew apples grew well.

It was Stephen Briggs’ Nuffield report on agroforestry that really inspired us, and we went down to see what he was doing in the winter of 2016. We ran our idea by the Woodland Trust and put in a proposal for 750 heritage apple trees and 10,000 native broadleaf trees in the autumn, which was approved. 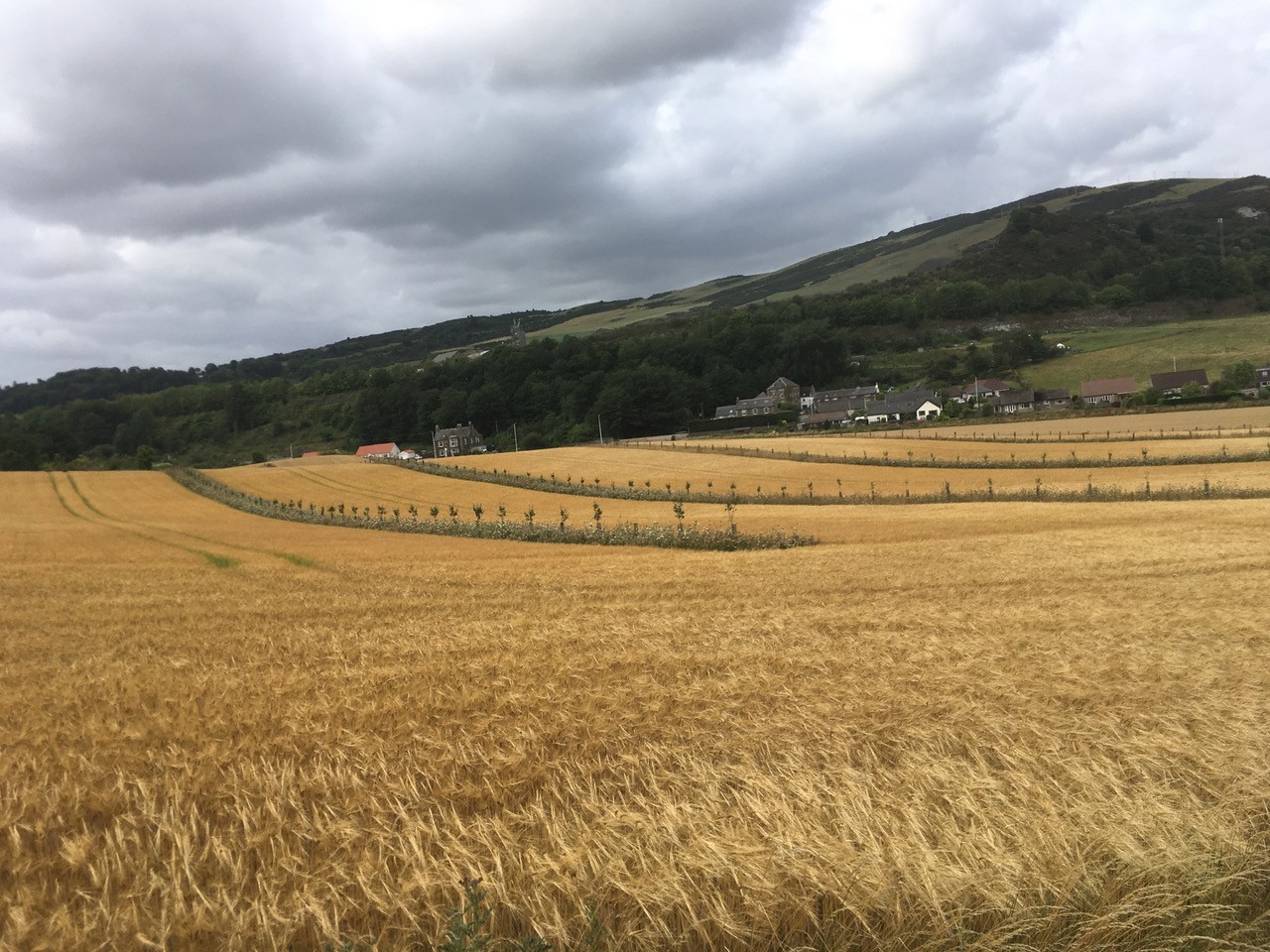 Picture: Roger and Rachel have planted lines of apple trees in three-metre swards.

We’ve planted nine lines of the apple trees in three-metre swards. We’re a conventional farm but we’re interested in reducing our chemical dependency - on fertiliser, pesticides and fungicides - so we min-tilled instead of ploughing. It’s looking good so far. The driving idea is a mixture of arable crops and apples that will be biodiverse, mutually beneficial in that the trees will give some shelter to the crops, and give fruit as another commercial crop. We’ve planted grass while the apple trees are establishing then we plan to plant barley for two years then grass for two. At the moment we supply the grain merchants and the maltsters but eventually we might also think about brewing our own beer.

With the planting of the native broadleaves, we joined up pockets of trees that my great grandfather planted as shelter belts in the 1900s and made a wildlife corridor for animals to graze amongst. We rent out land to livestock farmers so it’s appealing for them. We’ve thinned the existing trees and planted the new ones far enough apart for grass to grow. We might use the wood for timber, we might build tourist bothies, use it for wood burning stoves or biomass – there’s a lot we can do with it. We’ve planted oak, silver birch, rowan, hazel, Scots pine and also flowering trees like wild cherry and elder to attract pollinators and birds. 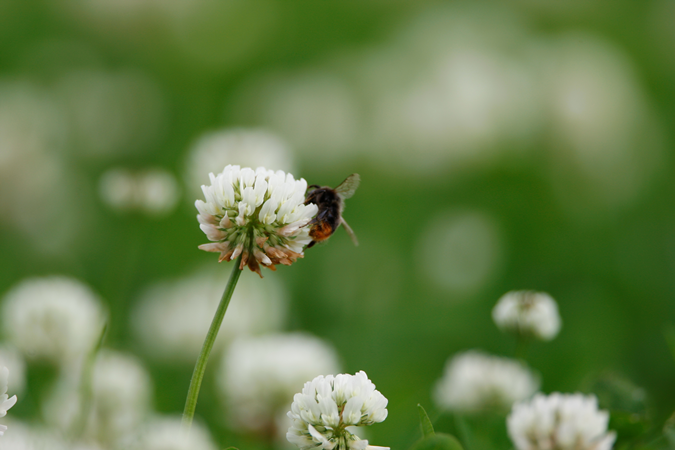 Picture: grass and flowers in the sward between the tress are great for pollinators.

We hope the 750 apple trees will produce 22kg of cider apples each in five or six years’ time. We’re doing it for the satisfaction and pride. We want to make something people want, like beer or cider. I want to pick the apples and crush them and turn them into apple juice and cider and deal with the public directly.

My dad likes it – it’s giving him satisfaction. He was scratching his head at the idea of giving up ten acres of grazing land for trees, but the livestock can take shelter and grazing from the trees like they did 100 years ago. He likes the apple trees – they’re a good talking point!"

In February 2021, Roger started making some videos on how he integrates trees onto his farm. Watch the first here:

In February and March 2021, we'll be running a series of three, free webinars on how to get started in agroforestry. Sign up to attend now.
Attend an event
Related