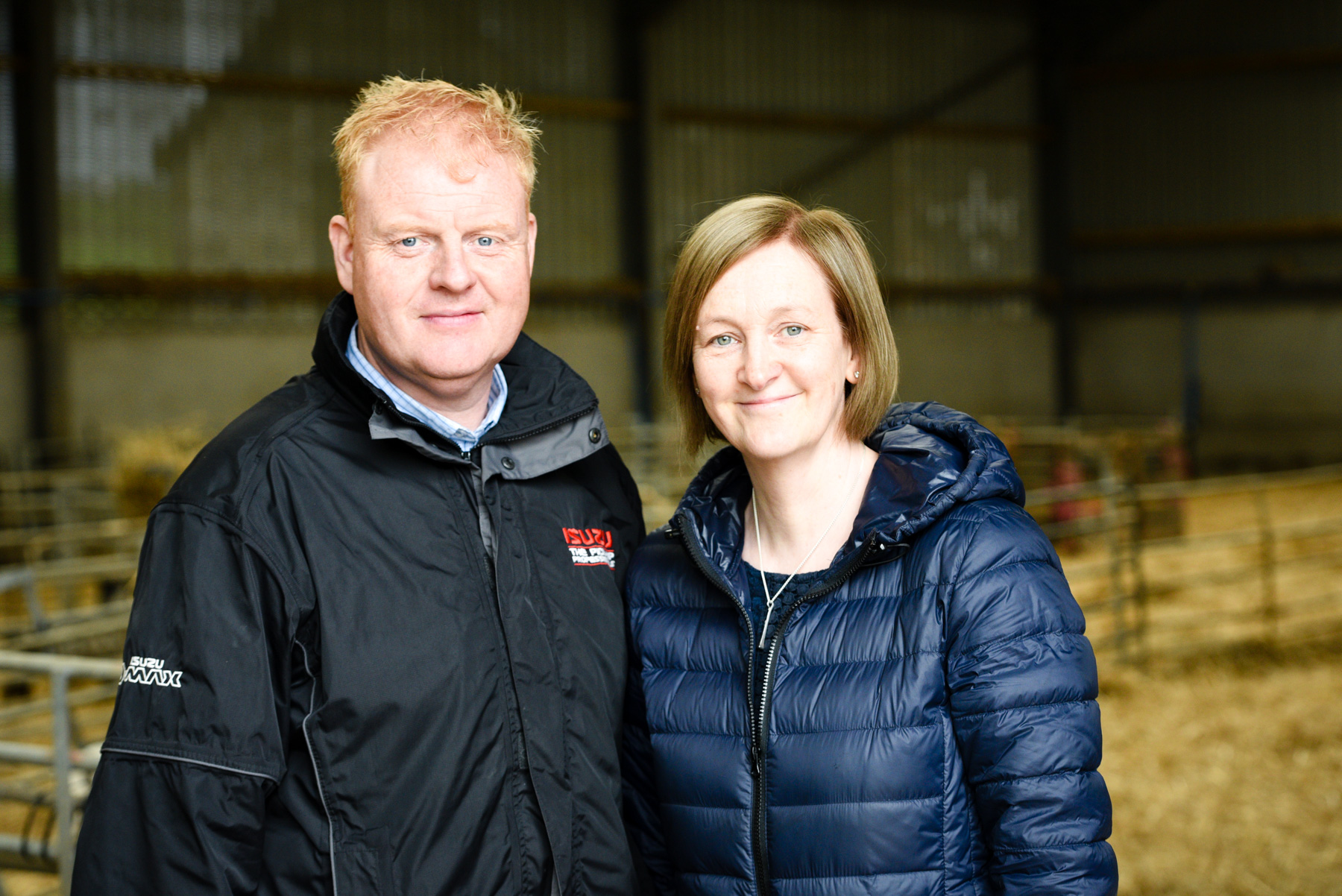 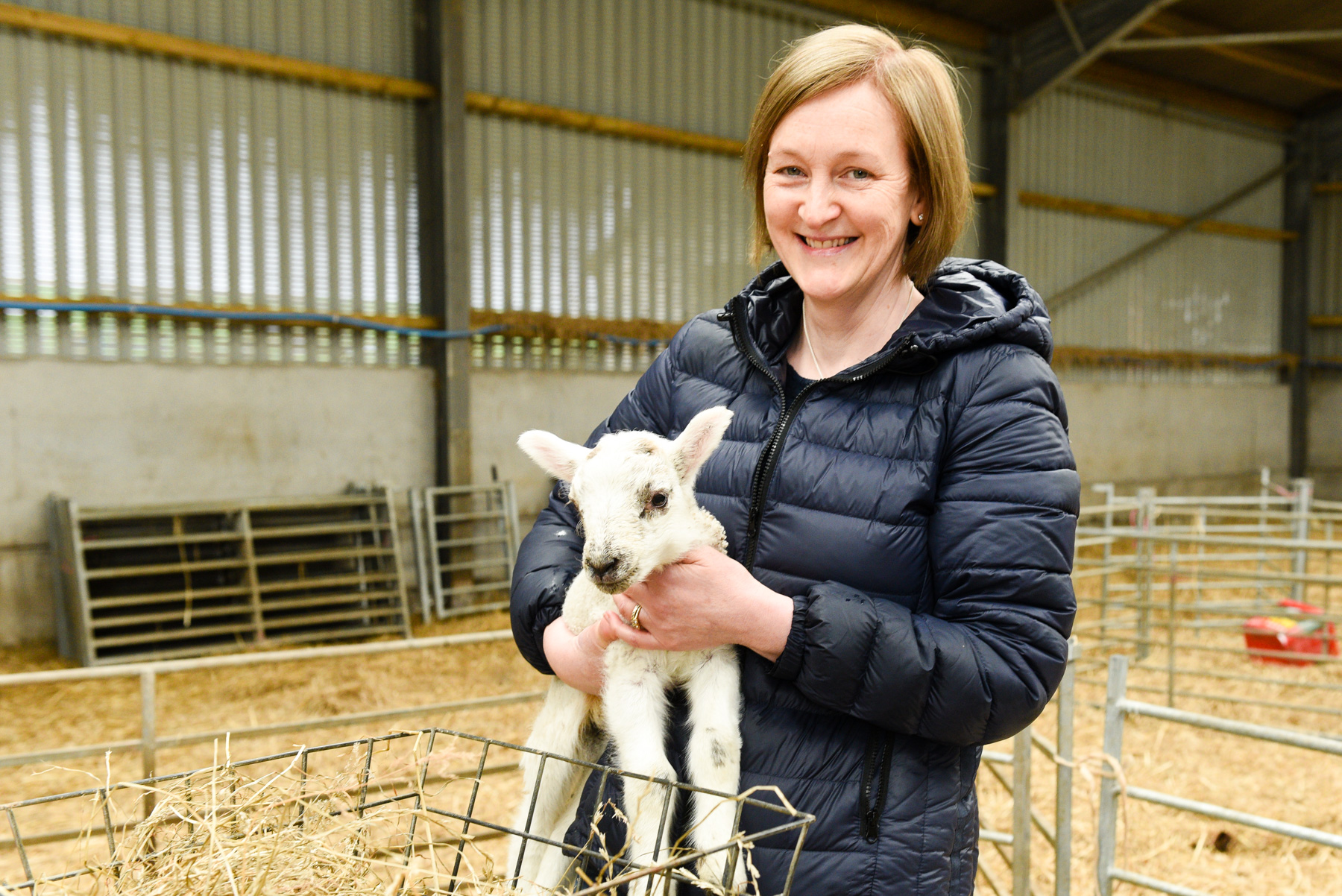 With quite a few trees on their farm already, Iain firstly applied for a felling licence for a wind-blown area of woodland. He also was accepted for the Non-domestic Renewable Heat Incentive Scheme and installed a log biomass boiler to use his stock of timber as fuel. “When we did the biomass everyone thought we were nuts!” he says. But five years on it heats the farm house, workshop and provides hot water for the sheep sheds.

In 2012, Iain read an article about grants for tree planting and decided to find out more. He eventually applying for a previous Rural Priorities contract for woodland creation. In 2013/14 the couple received a capital payment of £70,000 to plant 29,000, mainly broad-leaved, trees over 12 hectares of land. The contract runs for 15 years with annual maintenance payments worth a total of £59,400. Crucially, these payments cover the cost of fencing, protecting and maintaining the trees as well as loss of farm income until the forest becomes productive. 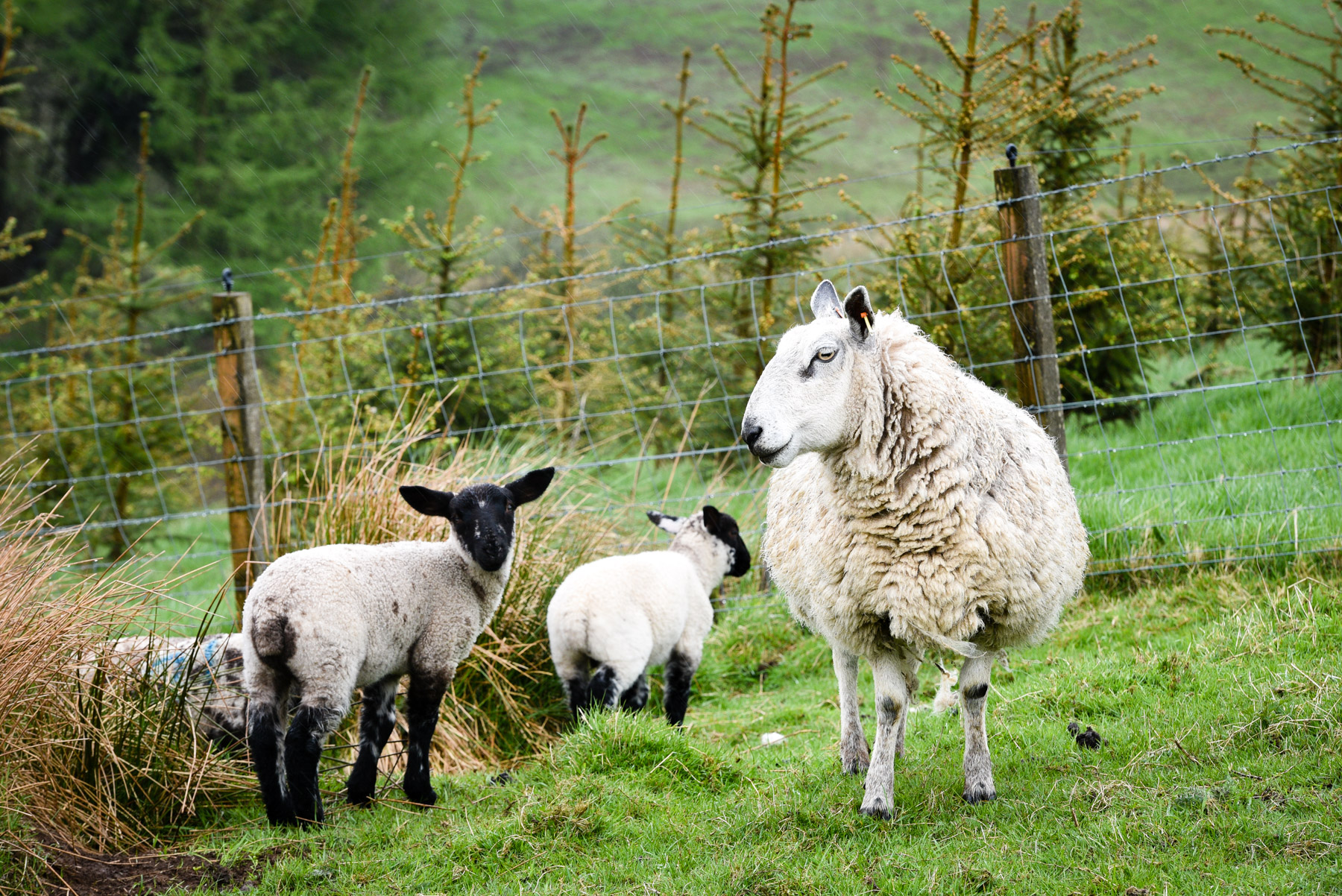 "Beforehand, stock would go down steep bankings and into the burn, or cross marshy grass to get to fresher pasture.  Rescuing calves and lambs at gathering time was a nightmare. Now these areas are fenced off it’s made a big difference to sheep management. In four or five years the trees will be big enough to make a lambing corridor, with a line of shelter each side, with good grass in the middle.”

Woodland as a commercial investment

At the end of 2017 the couple successfully applied for a second woodland creation grant under the current Forestry Grant Scheme. This was for a much larger plantation – 80,000 trees over 37.5 hectares. The initial grant was £197,841 with an annual maintenance payment of £8,775 over five years. “The site was picked because very little of it was good upland grazing. It was a disaster, mainly rushes. Over the last 15 years I’ve sprayed, limed, slagged and topped it and at the end the rushes were as thick as I’d ever seen them. I spent around £15,000 for almost no return.” 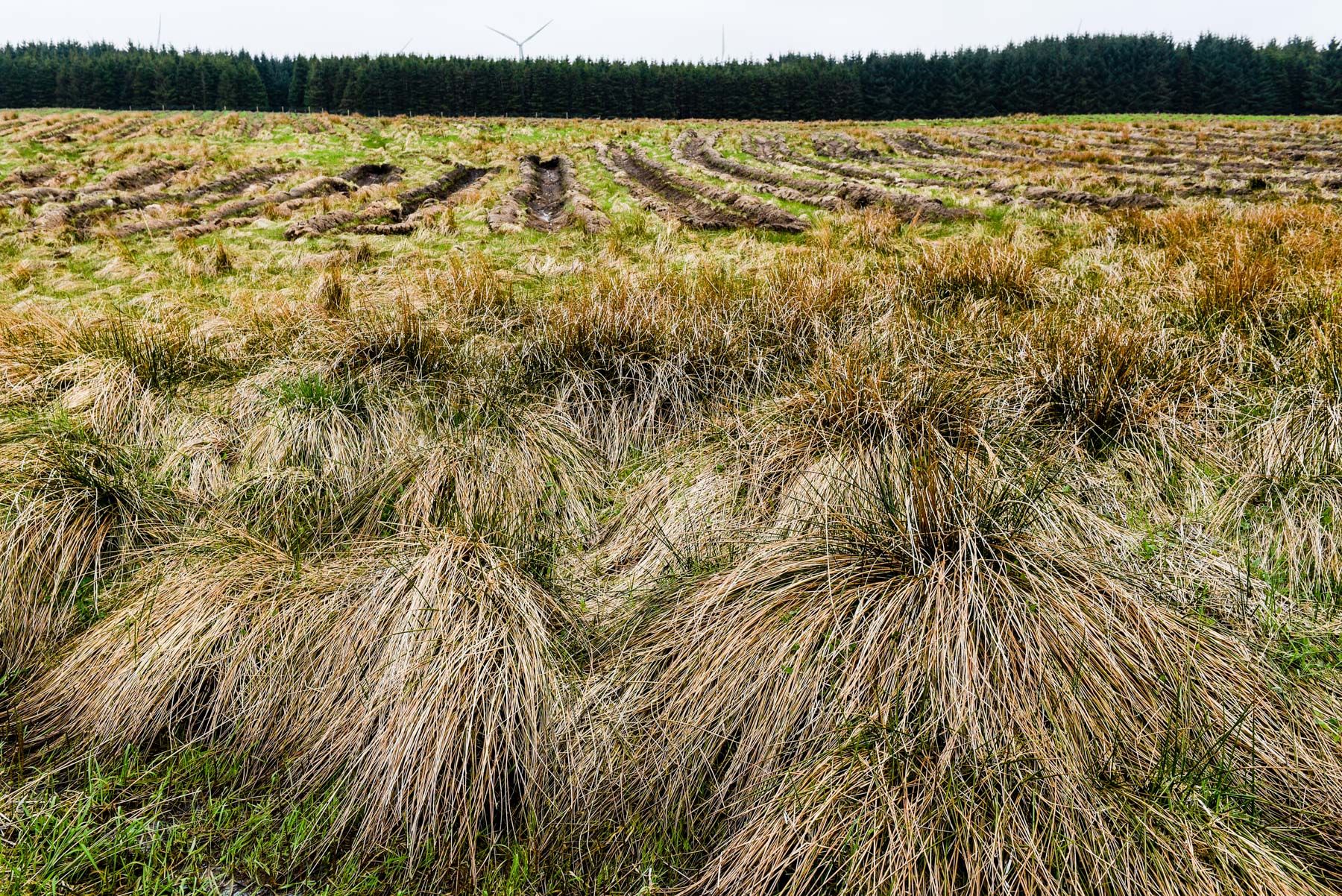 Picture: The non-productive land full of rushes and the new plantation beyond. CREDIT: Neil Davidson.

That land is now a sapling conifer plantation of mostly softwoods like Sitka Spruce and Scots Pine. “Some say the grant is just a one-off payment,” continues Iain, “but under the Forestry Grant Scheme you receive the five-year maintenance payment and can still claim Basic Payment Scheme on the land. Looking forward, I see the woodland as a commercial investment, which we could sell on to an investor, or wait and harvest the timber ourselves. The bank was easy to work with and will even lend you money against the woodland so it must be a sure thing!”

“It’s a way to make a similar amount of money without being so physically hard on yourselves,” says Marion. “Working all the hours of a day, not getting good returns because of the price of inputs, doing it all yourself. People talk about the three Fs – feed, fertiliser and fuel – with prices always on the up. It makes it hard to balance the books.” 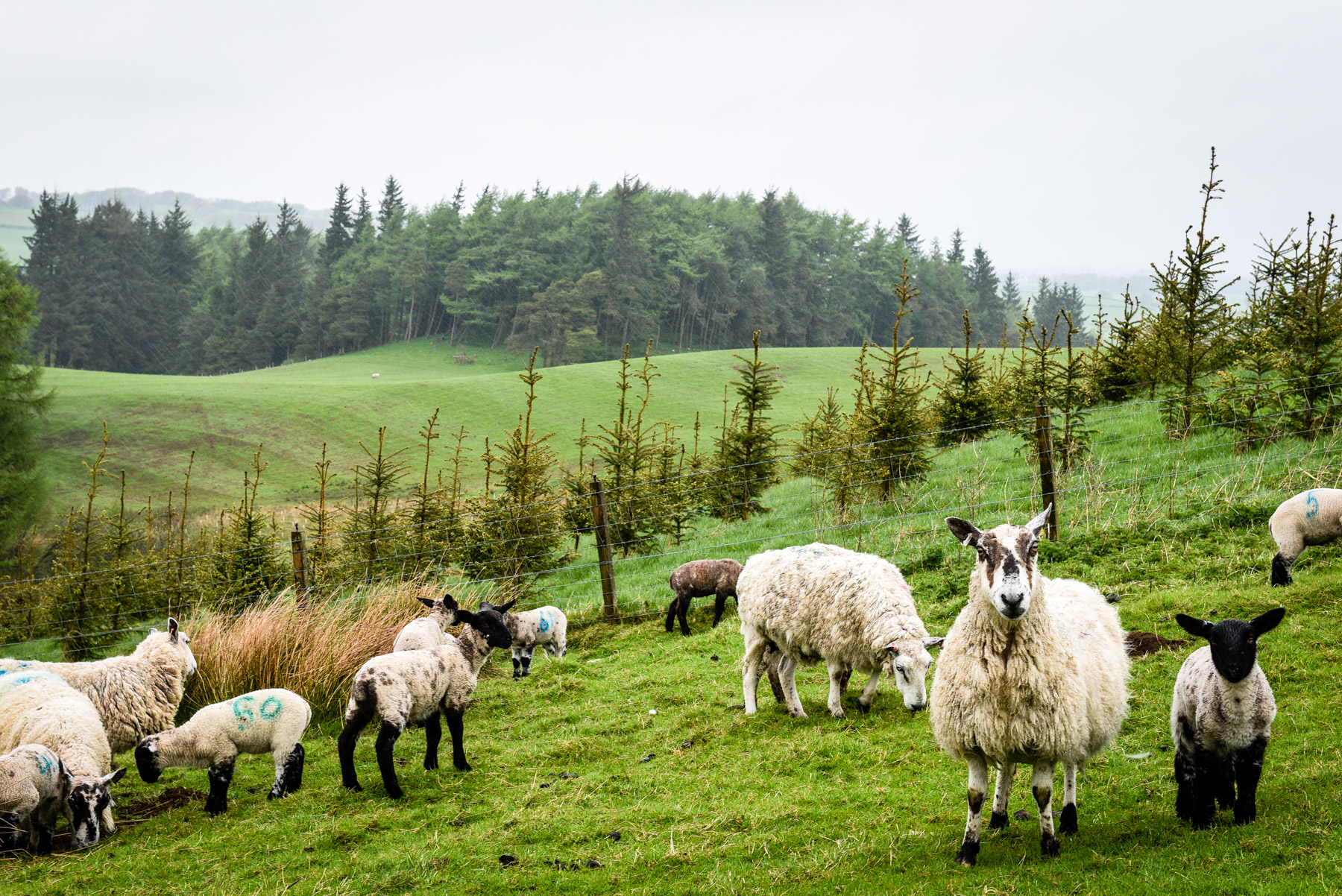 Picture: Planting trees has been good for livestock and good for business, too. CREDIT: Neil Davidson.

“Some think farming and trees don’t go well together but it can work,” agrees Iain. “It’s a way of turning round any non-productive land on your farm. You get different incomes at different times – it’s a better cash flow, rather than being reliant on selling all your stock on one or two sale days.”

Want to access the Forestry Grant Scheme and plant trees on your own farm? Here are Iain MacDonald’s tips for getting started:

2. You need an agent you trust and can work with. Meet different ones and chose one you feel happy with.

3. The application is daunting. Let the agent do that.

4. But don’t let the agent do everything else – don’t be afraid to get prices from different nurseries for trees. Fencing is hard work if you do it yourself but we worked alongside a contractor and did the rabbit netting. If there are things you can do yourself, this gets the costs right down.

5. You need to get a loan or backing from the bank initially but don’t be afraid of that. You’ll have a contract from Scottish Forestry with a Schedule of Works outlining the grant, so it's OK to spend the money first!

In February and March 2021, we'll be running a series of three, free webinars on how to get started in agroforestry. Sign up to attend now.
Attend an event
Related