Farming is hard and organic farming is arguably harder, so why bother? During Organic September, three Scottish organic farmers tell us why...

Farming is hard. You try to master her, but ultimately Mother Nature has the upper hand – drought and wet, mud snails and rushes, are all sent to try your careful planning. In many ways organic farming has added complications – certification hassle, expensive animal feed, no glyphosate, no herbicides at all. However, organic farmers say that once you understand Mother Nature, you can work with her and she starts helping you out.

“In most farming systems you keep the sheep in the same field year after year because you can drench them,” says veteran organic farmer David Finlay.“You can stop the parasites with drugs. In organic farming you need to manage the farm instead so the parasites don’t build up, so we move the lambs and calves after a year.” This is the kind of holistic approach that organic farming requires. 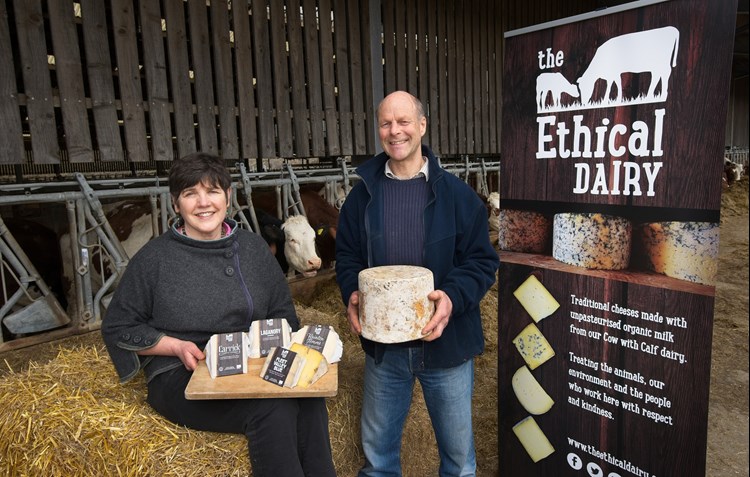 Picture: Wilma and David Finlay make cheese as The Ethical Dairy. They are soon to relaunch their organic ice cream.

"I used to think organic farming was a joke"

In Dumfries and Galloway David and Wilma Finlay have been producing organic beef, lamb and milk since 2001. Fifteen years before that, however, David Finlay thought organic farming was “a joke”. “I took over the family farm in 1987,” he says. “And before that I was working as a farm advisory consultant. I was very dismissive of organic or any ecological farming. Like many I considered it a joke -  a waste of money and resource. But once I was actually working on the farm I found I wasn’t comfortable with the pressure on you to intensify. Stocking levels were up, we were more and more dependent on feed and fertilisers and as a consequence morbidity was up, mortality was up, so was antibiotic usage.”

Denise Walton, of Peelham Farm in the Borders, was similarly worried by what she was seeing of intensive farming. “I have a background as an ecologist,” she says. “I did habitat surveying in Northumberland and Scotland and very quickly recognised the impact of intensive farming on biodiversity – the lack of wildlife was plain to see. My husband Chris comes from an agri-economics background. We were new entrants to farming in 1990 and went organic in 2005 because our customers were saying, ‘Why aren’t you organic? It would give us more confidence.’ That was the market driver that converged with our ethical and economic motivations.”

"It's all little bits, but it all works together"

In the late 1990s, David Finlay, too, took the plunge. “Organic was flying – Scottish Enterprise hosted an event at Stirling marts, the government was supporting it..” Still, the farming side was a steep learning curve. “About ten years in, we’d got our heads around it.” 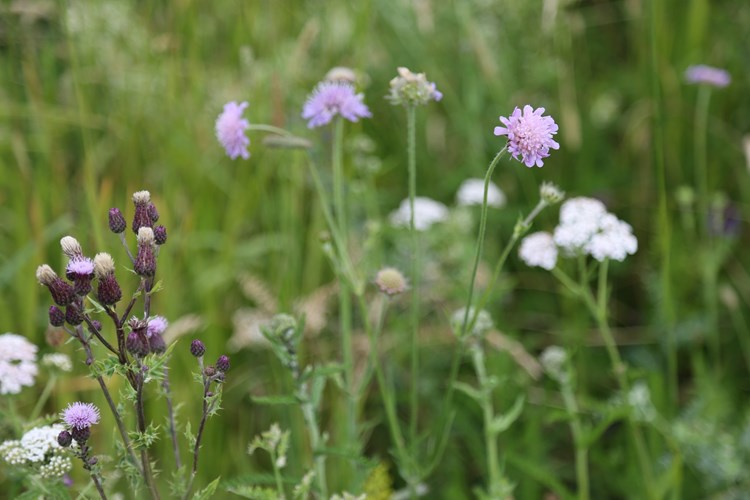 It’s about harnessing the natural system, Finlay says. “Getting the clovers right for example. Better grass increases your sileage yield. An anaerobic digester turns farm waste into fertiliser that generates feed. It captures methane which powers a boiler engine that produces electricity and heats your water. If you put slurry on your fields it de-oxygenates the soil so worms come to the surface and are eaten – you are destroying your biome and losing nitrogen. Housing animals with more space, air and light reduces their stress and makes them more resilient, which makes them more healthy and productive. It’s all little bits, but it all works together. You get the hang of it!”

"Farmers are caught between a rock and a hard place"

And get the hang of it he has. “Our revenue is much higher than it was before we went organic,” he says. “We’re farming better.” His figures that show that his inputs are massively reduced – he’s halved the amount of lime used on his fields between pre-organic 1996 and 2017; reduced 120 tonnes of artificial fertilisers a year to zero; 30,000 litres of diluted herbicides to zero; 3000 sheep and cattle dosing operations – drenches – to 120 for lambs; 2,500 vaccines to zero; 600 antibiotic applications to 90. Yet his outputs have actually increased – he’s gone from 70-80 dairy cows to 100 (though he deliberately halved his 1350 lambs); he produces 650,000 litres of milk instead of 450,000, and he finishes 80 cattle instead of 32. 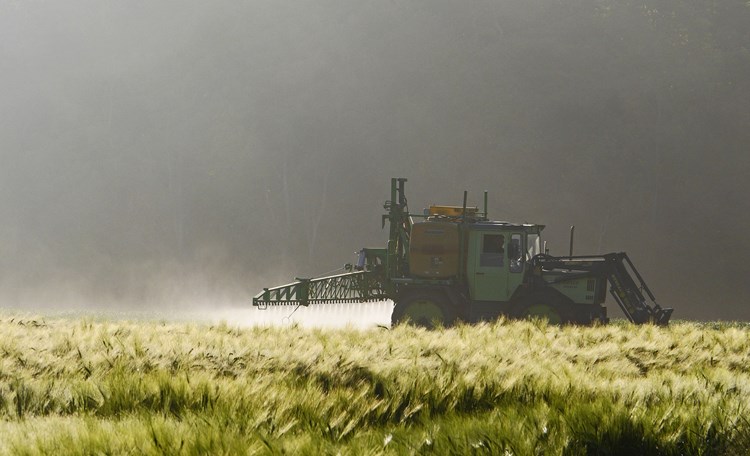 “Most farmers,” he says, “are caught between a rock and a hard place –  between the supply industry (machinery, fertilisers, agrochemicals, antibiotics) and the retailers. Then government policy is cheap food and exports. It’s a con! And there’s still this idea that this is how we are going to feed the world. Individual farmers are run ragged farming 1000 dairy cows housed for a 365-day winter. It’s causing burnout in farmers and in animals, and the land is covered in slurry, because you have to get rid of it somehow. You’re constantly spraying fertilisers – it’s crazy. We are trying to break out of that trap by talking to directly to our customers - the people who are going to eat our products.”

"We wanted a better way of connecting with our customers"

Sascha Grierson, of Hugh Grierson Organic in Perthshire, came to the same conclusion around the same time. The Griersons have an on-farm butchery and sell directly to customers online, at farmers’ markets and via small, speciality shops. “Selling direct for us was very much a response to the economic crisis in farming,” says Grierson. “In 2000 my husband was taking lambs to market and getting less for them than his father was in 1975. The figures didn’t add up.” 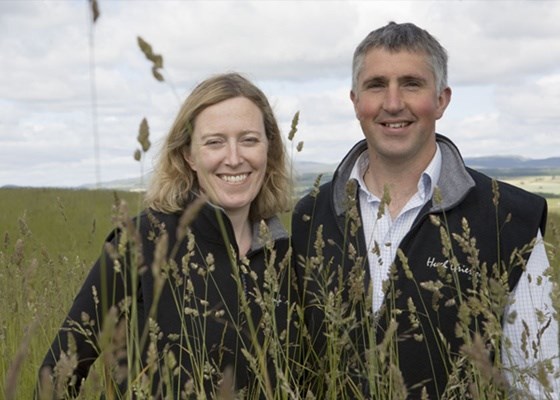 She and Hugh had been waiting for the moment to go organic, being ethical converts already. “Hugh had grown up on the farm watching wildlife disappear,” she says. “We also wanted to be less wasteful. With nitrate fertiliser you get run off that goes straight into the water courses. From an economic viewpoint, from an environmental viewpoint and an ethical viewpoint that’s wasteful. There was another way of doing things that fitted in with our core beliefs, that made room for wildlife and nature in our farming system.”

Like Finlay, Grierson says organic farming and food production has a “natural efficiency”. “You’re using your own product to go into your butchery,” she says. “You don’t buy in. If you’re selling so many fewer chickens you cut back on the number of chickens you produce so you can trade through the dips. A lot of people talk about not being in organic for the money but I’m running a business, and the long-term trend for organic is always going up. We wanted a better way of connecting with our customers rather than waving goodbye to live cattle – through the product we grew on the farm.” 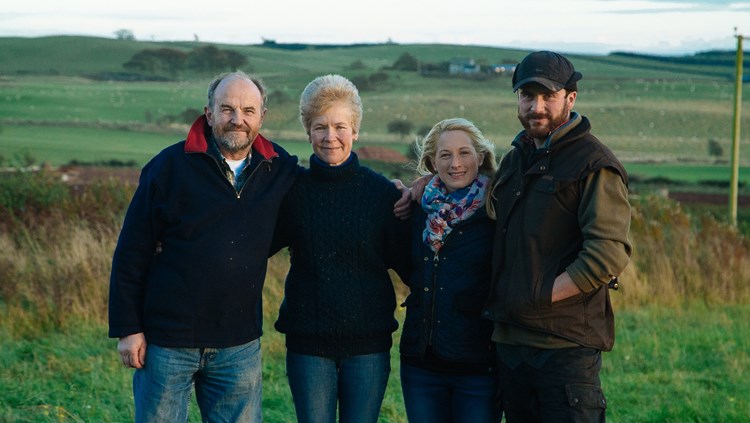 "Farming is about the long term"

The Griersons decided to focus on “quality rather than quantity.” “If you’re going to feed the world,” she says, “you can’t just look to one idea, you need a basket of solutions. And good soil management is at the heart of longevity in food production.”

“Farming is about the long term, organic farming perhaps even more so,” says Denise Walton. “We’ve been working on our farm for 30 years and we’re now able to provide a safe and secure succession to our son Angus and his wife Helen. That’s what it’s all about.”

Get involved in Organic September

Find out about our farming events, which draw on organic principles 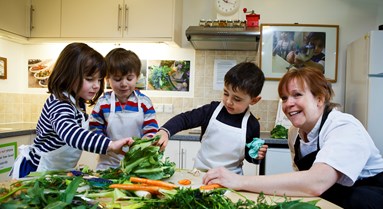 Read more about our farming programmes in Scotland