Can we have our steak and eat it?

Climate emergency: what about meat?

How we can have our steak and eat it

Meat consumption accounts for nearly a fifth of the world's greenhouse gas emissions, leading some to say we should give up meat entirely. But it's not that simple, writes Aoife Behan, director of Soil Association Scotland, in The Scotsman (May 20, 2019)...

It’s official: we’re in the middle of a climate emergency. For the first time there’s a groundswell of support for targets to cut greenhouse gas emissions to net zero by 2045 in Scotland – something that was unimaginable until very recently. We all have to play our part, and the role of meat in our diet has never been more in question. So, can we have our steak and eat it?

We all know that business as usual is not an option. Farming produces a quarter of Scotland’s greenhouse gas emissions. Meat consumption alone accounts for nearly a fifth of emissions worldwide. Study after study says eating less meat is vital to tackling climate change. That seems pretty clear cut, doesn’t it? Let’s give up meat and all will be well with the world.

The thing is, it’s not that simple, because when it comes to food and climate change what matters is not what you eat, but how it’s produced. When considering meat, ‘less but better’ is a sound approach.

So what does ‘better’ meat actually mean?

Here at Soil Association Scotland we have a definition of good food that’s much broader than the salt, fat, or sugar content. Yes, good food is food that is good for your health, but good food should also be good for the environment and good for local producers and farmers. So where does meat fit in?

Food that’s good for your health

The World Health Organisation (WHO) has studied meat consumption and found strong evidence that processed meat is carcinogenic – it has the potential to cause cancer – and that red meat is probably carcinogenic. The WHO therefore advises us to eat less red meat and avoid processed meat as much as possible.

Yet quality meat is an excellent source of protein, iron and vitamin B12. Eating less meat, as part of a healthy, balanced diet, seems a sensible solution. A study by the British Journal of Nutrition found that organic meat and milk contains around 50% more omega-3 fatty acids than non-organic, which helps fight inflammation and diseases such as cancer and arthritis. Organic meat also has a slightly lower concentration of two saturated fats that are linked to heart disease. 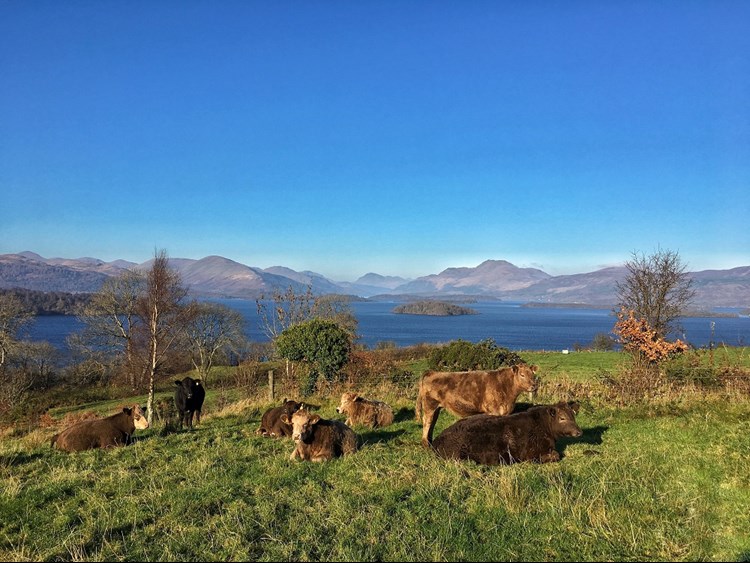 Food that’s good for the environment

We know that eating meat in the quantity we do is harming the planet. Current production levels release too many greenhouse gases, and the huge amount of land we need to grow food just for animals is part of the problem, leading to deforestation (accelerating climate change), habitat destruction (which results in species extinction) and soil erosion.

So should we give up farming meat entirely? Well, livestock farming can have positive benefits for the environment. And we need to think about the best way to use the land we have to feed an awful lot of people.

The recent Committee on Climate Change report suggested intensifying pork and poultry production, instead of red meat, to help reach net zero. The problem is that intensifying any kind of agriculture through technology – in huge sheds with zero carbon emissions but zero grass, trees or soil either - would speed up the extinction of pollinating insects (not to mention countless other wildlife) and make it difficult for us to grow any food naturally in the future. A recent UN report (from the IPBES) said that $577bn in annual global crop yields are now at risk from pollinator loss. That’s a catastrophe in the making.

Even without the tech, rearing anything intensively – meat or plants – requires the addition of nitrogen fertiliser, which contributes to much of agriculture’s greenhouse gas emissions. Hungry plants mine the soil of its vitamins and minerals and quickly deplete it. And there are other consequences to ‘new’ foods pitched as planet-savers: producing almond milk, for example, may create less carbon than cow’s milk, but takes a phenomenal 6000 litres of water to produce one litre of milk, in parts of the world where water supply is limited.

The right production in the right place

In Scotland we don’t have the climate for growing lots of plants to eat, but we can grow grass and trees, which can feed and shelter cattle and sheep. Growing meat to feed ourselves and to export adds to our food security – otherwise we are entirely reliant on imports. Plus there are huge  environmental benefits from grass and trees. Grassland fertilises itself, by fixing nitrogen. Livestock, with their manure, feed the soil biology. Trees store carbon. In lowland areas, where we can grow plants to eat, farmers get a better result if the soil has been fed by the livestock, meaning they need fewer pesticides and fertilisers. 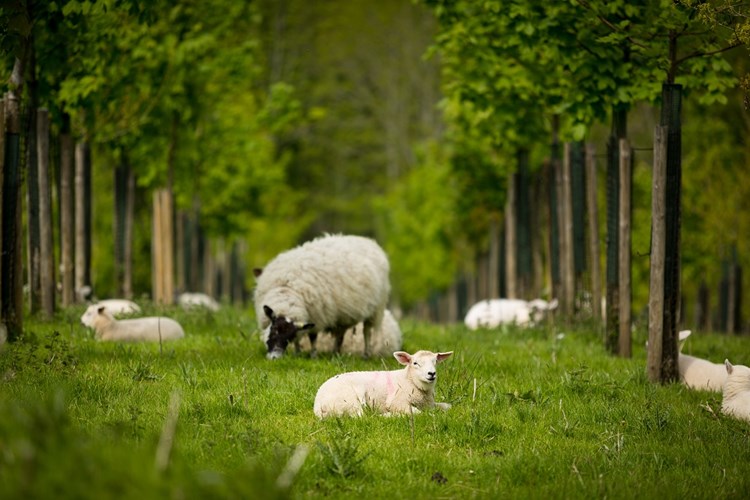 The answer, then is a mixed farming system. Plant trees, split up your land into bits, graze livestock on one bit for a while, then move them and switch that bit to vegetables, fruit or grain. Keep rotating. If you can’t grow plants, graze animals.

This is what organic farmers do, and increasingly many others, such as grass-fed meat and dairy farmers, are doing it too. It’s called farming with nature. The French research institute, IDDRI, recently did some mathematical modelling and found that by farming in this way – what they call agroecology -  we could feed the whole of Europe, support the natural world, including pollinators, and drastically reduce greenhouse gas emissions, getting us closer to net zero.

Yes, high-quality, high-welfare, grass-fed Scottish meat is more expensive than battery farmed chicken or processed pork flown in from halfway round the world. But we pay for intensive farming in other ways – in growing resistance to antibiotics, or in cleaning pesticide and fertiliser run-off out of our water. And we need to start talking about values for money – not just value for money.

Cutting down the amount of meat we buy means we can invest in better quality when we do. Switching to free range, organic, sustainable Scottish produce wherever possible is a win-win for the environment and for our farmers.

Although we all need to play our part, reducing the amount of meat we eat is not just about making change at an individual level. Our policy makers need to step up to the plate too. We need legislation to make change happen. Legislation that supports farmers to farm more sustainably, and a support system that recognises their contribution to tackling climate change and biodiversity loss. And every school, hospital and local authority across Scotland should be thinking about how they can make the food they serve fresh, local and sustainable to support those farmers.

Choosing what you feed yourself and your family is very personal. Nobody likes to be told what to eat, but the evidence is mounting. Business as usual means eat now, pay later. We are devouring our planet’s natural resources at an alarming rate. Unless we make big changes to the type of food we consume, we are eating ourselves out of our future.