Trees can restore trust in farming

As the latest Climate Change Committee report recommends a land use overhaul, writing in Scotland on Sunday, Soil Association Scotland’s director Aoife Behan says we don’t need to split food production from nature. We can harness nature to help grow our food.

Climate change. The burning issue of the day. As fires rage in Australia, the Westminster tinder box is alight with arguments about COP26 and the UK’s leadership on climate change. Amidst all of this, the finger has been pointed at our food choices and our farming methods. Stories of methane burping cows and their massive contribution to our GHGs. Stories of degraded soils releasing ever more carbon into the atmosphere.

Change is coming. Even if we do nothing: recent weather events have shown us that. January’s Climate Change Committee report recommends a land use overhaul. Others, more radically, suggest a farm-free future with lab-grown food, leaving land for nature. But one argument is gaining real traction: sustainable intensification. This says we should use technology to produce our food in small, concentrated areas then ‘rewild’ the rest. So, should we give up on farming for food and plant trees instead? 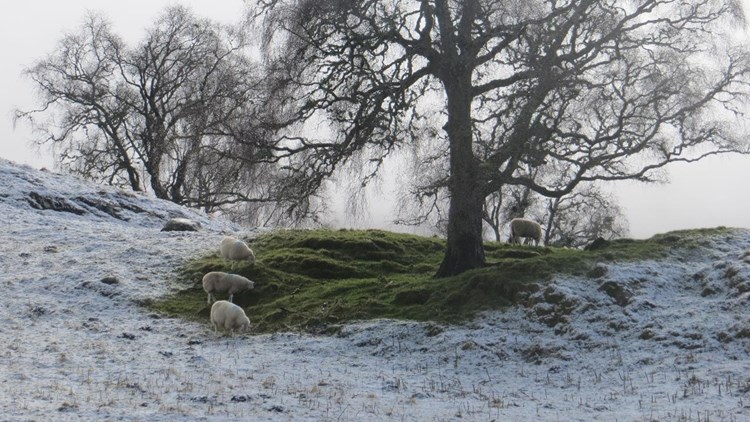 We’re in a climate emergency and trees are one of the best carbon stores we have, but there is real danger in considering climate change in isolation. Sustainable intensification is not necessarily good for nature, good for soil, or good for us. Last year, in the same week that the Climate Change Committee published their net zero report, the UN Intergovernmental Platform on Biodiversity and Ecosystem Services (IPBES) published their report which highlighted that 1 million species are at risk of extinction.

The biodiversity crash may not be hitting the headlines in the same way as climate change but it’s only a matter of time. As IPBES made clear, there’s no possibility of halting climate change without halting land degradation. Soil holds three times the amount of carbon in the atmosphere - so soils should be our top priority alongside tree planting.

Where does that leave agriculture? All farming is not equal. And the arguments are not as simple as meat or no meat, high output or low output, or organic versus non-organic. Particularly here in Scotland where we have a high proportion of nature friendly farming and crofting. But these important agricultural practices are under threat. Let’s look at the evidence. Over the last 50 years, farming in Scotland has become more intensive and specialised. At the same time, the negative environmental impacts have grown. 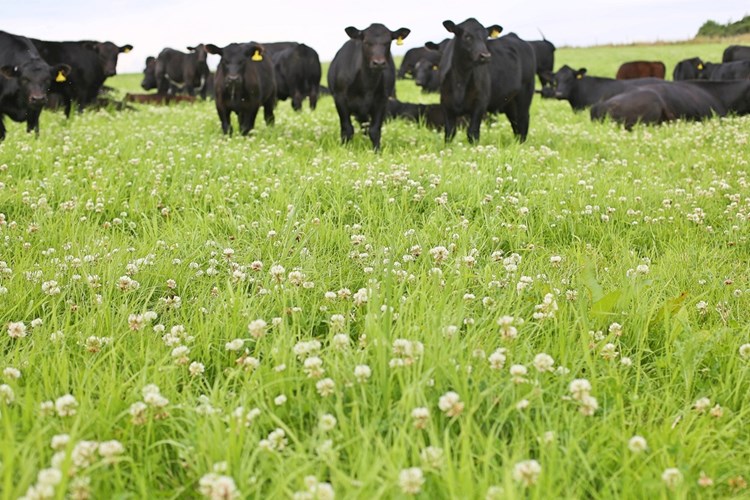 Picture: Cattle graze on tall grass and clover at Durie Farm in Fife, where farmer Doug Christie is part of our Mob Grazing field lab

But does that mean we should give up on it? There is another way. We don’t need to split food production from nature. We can harness nature to help grow our food. This is called agroecology, or more simply, farming with nature. Planting trees on farms can provide shelter for livestock. Reducing pesticides and nitrogen fertilisers allows wildlife to return. There are many nature friendly farming practices that can help solve the climate conundrum.

Yes, cows produce methane, which is noxious for the environment, but methane hangs around in the atmosphere for less time than carbon dioxide or nitrous oxide so in the long term is arguably less bad. Overall, we need fewer cows producing less methane but in places like Scotland, where we can grow nutritious grass for them, we should produce red meat. And there are environmental benefits to producing it, such as healthier soils thanks to their manure.

Of course, we need to produce enough food to feed people and, as much as we can, we should produce food in Scotland. But we also need to look at what people eat. We don’t need to eat as much as we do and we need to eat less sugar, less animal proteins, less highly processed food. It is often argued that it is more expensive to produce food in a nature friendly way, but ignoring nature in our food production is now costing us the earth.

Yes, farming is about producing food, but it’s more than that. Farming with nature – farming for trees, wildlife, water and even people as well as food – provides vital ecosystem services - like clean water and air, not to mention countryside to enjoy. We have got to start valuing and rewarding farmers for the important services they provide. Our policy makers need to support farming practices that not only stop climate change, they restore nature and health.

Find out more about our farming programmes

Find out more about our food programmes 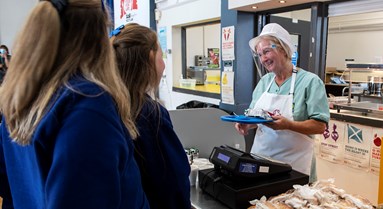 Read more about our farming programmes