What could the benefits of mob grazing be for Scottish farmers?

As farmers find themselves in the frontline of our climate emergency, new ways of working are becoming essential. But trying new things can be risky and difficult, so it helps to be in it together.

Soil Association Scotland has brought together a group of 16 farmers and crofters in a field lab to explore the potential of a new grazing system to build soil carbon, improve animal health and performance, reduce the costs of straw and winter feed and increase biodiversity.

Mob grazing, sometimes referred to as holistic planned grazing, is a rotational grazing system with a high stocking density, regular moving of livestock (every 1-3 days depending on the season), and a long recovery period, leading to taller plants with deeper root systems, and greater sward resilience.

Soil Association licensee Sam Parsons is estate manager at Balcaskie, a 1100 hectare mixed farm in Fife that’s in organic conversion. Balcaskie are in their third year of mob grazing and Sam says the system is transforming the farm.

“Next year we’re going to be mob grazing the whole lot – that’s 350 cows!” he says. “It’s completely changed the way we manage our grassland and we’re looking at producing beef differently too. We’ve seen increased diversity in the grass, an increase in rooting structure and better drainage. We outwintered 25 cows this year and fattened a few outside and they were perfectly happy. Next year we’ll outwinter 80.” 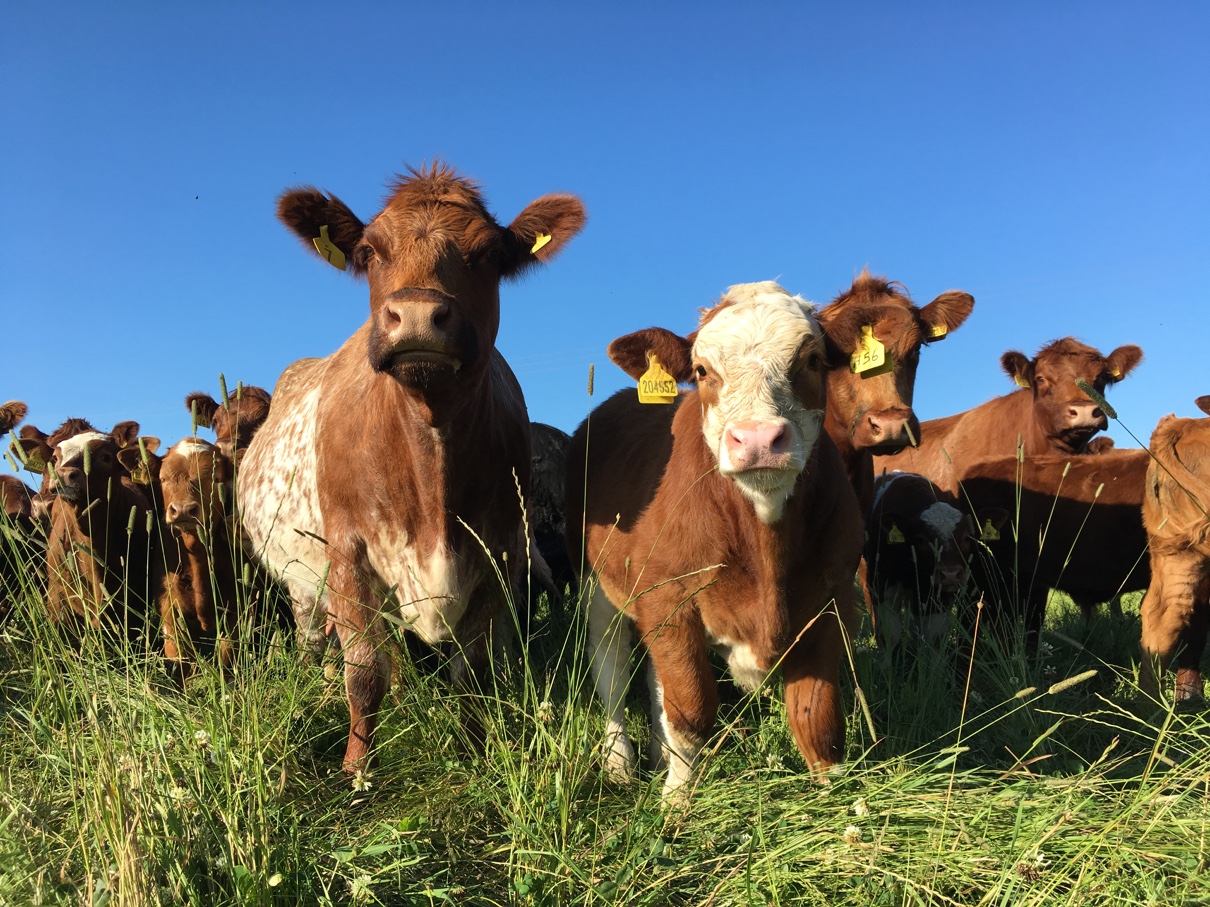 He says without the field lab he would have needed “some serious persuasion” from the estate owner to make such a huge change. “It’s given me confidence to try it. We know we don’t have all the answers, but someone else in the group might. Who could I ask otherwise? In farming usually there are a million people telling you what to do and it involves buying something. This is peer-to-peer instead.”

Building an evidence base

The field lab members are in different parts of Scotland, with different sized farms, at different stages of trying out mob grazing. But under the stewardship of our Farming and Land Use Manager Clem Sandison, they are supporting each other through meetings and a WhatsApp discussion group. Working with soil scientist Dr. Joanna Cloy from Scotland’s Rural College (SRUC) they are also establishing baselines to measure soil health and carbon levels, and will be benchmarking their own farms to track outcomes.

Meeting 3: Measuring: 29/5/2019 Soil scientist Joanna Cloy presented to members on the results of their soil testing and discussed some measurements such as VESS and wormcounts.

Clem, who is running this field lab, is talking about it on BBC Radio's CrowdScience here.

The group is now full for membership but you can follow their progress on this page and through the Mob Grazing Scotland Facebook group here. If you're not on Facebook and would prefer to receive mob grazing updates by email please let Clem know csandison@soilassociation.org / 0131 370 8150.