Time to put organic on the menu

Time to put organic on the menu

Organic food is often written off as a middle-class luxury. But in a climate emergency, Scotland’s public sector needs to use its buying power to support nature-friendly farming, writes Aoife Behan, director of Soil Association Scotland, in The Scotsman (7th June 2019)

It’s time for Scotland to put organic food on the menu in our schools, hospitals, and care homes – and with the results of the Good Food Nation consultation due shortly, the timing could not be better for Scottish Government to lead the way and make this happen.

The public sector should be a beacon of good food

Organic food is often written off as a middle-class luxury. It’s not. We’re in a climate emergency, and the environmental impacts of cheap, ultra-processed food are too big a price to pay. The public sector needs to use its buying power to support climate-friendly farming. What’s more, international examples show that it’s possible.

Countries such as France and Denmark are currently blazing a trail in using public procurement to improve their nations’ relationships with food, while at the same time supporting home-grown farmers and producers. In Scotland we’re rightly proud of our world-leading food – let’s not get left behind.

In our response to Scottish Government’s Good Food Nation consultation earlier this year, Soil Association Scotland called for Scotland’s public sector to become a beacon of good food. The public plate feeds some of the most vulnerable people in our society and it can – and should – be leading the way when it comes to making good food the easy choice for everyone in Scotland. 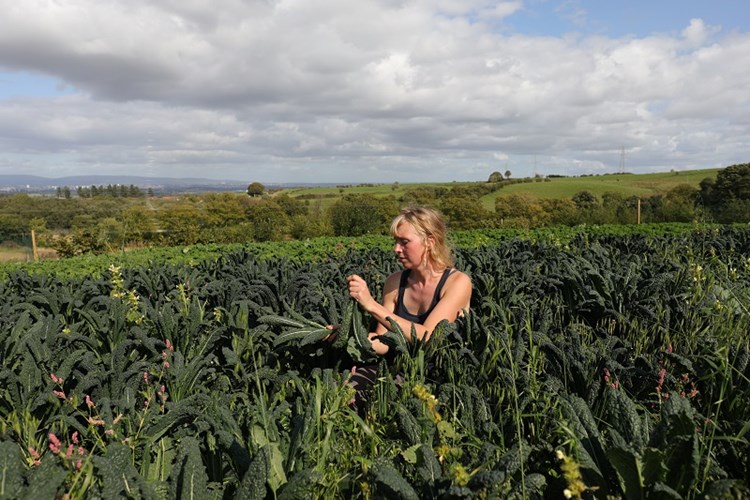 In a climate emergency, business as usual won’t cut it

Since then, report after report has shown the true scale of the climate and biodiversity emergency that we are facing. What’s at stake is, ultimately, humanity’s ability to survive. The new Intergovernmental Panel on Climate Change (IPCC) special report on land-use and food security, which leaked over the weekend, is just the latest in a line of calls for an urgent transition to sustainable, ethical, and healthy food and farming, and a revitalisation of rural communities.

The IPCC sets out how agricultural intensification has fuelled soil degradation, deforestation, and biodiversity loss. What we need isn’t more of the same; it’s a sea change in the way we currently eat and farm. We need to move towards nature-friendly farming that builds soil health and protects wildlife. This type of farming is called ‘agroecology’, and organic is one way of doing it.

Set against the background of collapsing insect populations and global soil loss, what’s on the plate in our schools at lunchtime might seem like small fry. But food and farming are two sides of the same coin. If we want farmers to be able to farm in a way that protects the environment, we have to make sure that there’s a stable market for what they produce.

Scotland’s public sector spends over £149 million on food and drink every year. Rather than intensively farmed meat from half-way around the world or pesticide-laden fruit and vegetables, imagine if all that was spent on locally produced food that supports Scotland’s farmers, helps to build thriving rural economies, and contributes to a greener environment.

We know that organic farming delivers on all these goals. It guarantees higher animal welfare, fewer pesticides, antibiotics and no genetically modified organisms (GMOs), and it supports more jobs on farms, better soil health, and more on-farm wildlife.

Over the past 15 years, Copenhagen has converted the 60,000 daily meals it serves in all public kitchens to 90 per cent organic – all within existing budgets. Meanwhile, in March the French ministry of agriculture and food announced that half of all food served in public canteens must be organic, sustainable, or of a specific quality by 2022. In June, the country’s organic food agency announced that a record number of French farmers converted to organic production in 2018, increasing the number of organic farms by 13 per cent to 41,600 – or 9.5 per cent of all French farms. 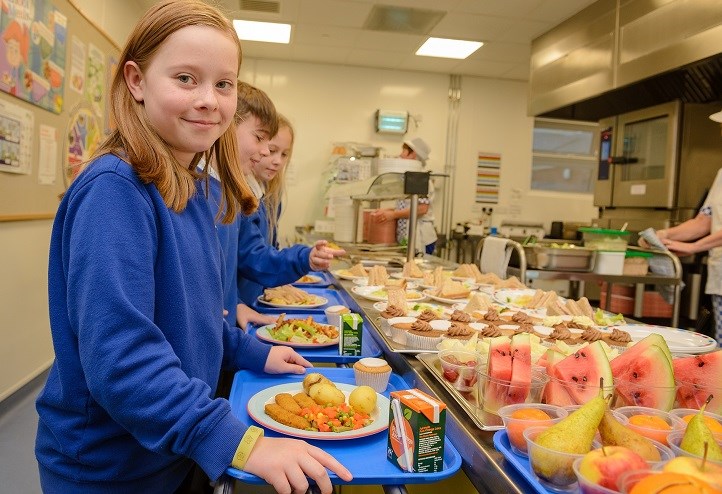 The Scottish Government is already supporting organic targets in schools through its funding of our Food for Life programme. Local authorities across Scotland who hold the Silver or Gold Food for Life Served Here award for their school meals show that it is possible to serve a proportion of organic ingredients (five per cent at Silver, and 15 per cent at Gold) and stay within budget. North Ayrshire Council has been a Gold Food for Life Served Here award-holder since 2013. This means that as well as serving school meals that are freshly prepared from local, seasonal ingredients, using high-welfare meat and free-range eggs, and food free from undesirable additives, GMOs and trans-fats, they’re also spending at least 15 per cent of their ingredients budget on organic.

When I spoke to a purchasing officer at the council, she told me: “We didn’t just want the best value; we wanted the best product as well. That includes for the environment. Learning about the effects of pesticides and antibiotics, the harm done to bees and animals, never mind children, was a real eye-opener.”

Our cash-strapped local councils are proving that it’s possible to put organic food on the table for schoolchildren week in, week out. But we need to go further. It’s time to recognise the huge benefits that climate-friendly farming delivers, and to support those farmers whose practices protect our environment by ensuring a stable market for their goods. A legislative target of 15 per cent organic for all public sector kitchens would be a huge step towards the transformation our food and farming system needs.

It’s time to unlock the potential of Scotland’s public kitchens and empower them to put organic on the menu. All we need is political vision and the will to make it happen. That’s the recipe for a Good Food Nation.