Scotland was the centre of global attention in 2021 thanks to COP26. The challenge for 2022 is to turn ambitious government climate pledges into action – particularly on farming policy.

That was the clear message in a recent report from the UK Climate Change Committee (CCC), which praised the Scottish Government for its “laudable” targets for cutting emissions.

The CCC made clear, however, that there is now an “urgent” need for post-CAP agricultural policy and a clear plan to move to healthy and low-carbon diets.

The Scottish Government has started to fill that gap by establishing the Agricultural Reform Implementation and Oversight Board, setting out plans for a National Testing Programme, introducing a Good Food Nation Bill and extending the Agri-Environment Climate Scheme to 2024.

But there remains much more to do. We expect a consultation on an Agriculture Bill in 2022, before it is introduced to parliament in 2023. As the CCC noted, a lot is now riding on that legislation, which must be sufficiently ambitious.

At Soil Association, we believe that future policy should focus on agroecology, or more nature-friendly farming, which can help tackle the twin climate and nature crises while maintaining high-welfare, high-quality food production.

First published in The Scottish Farmer, in January 2022. 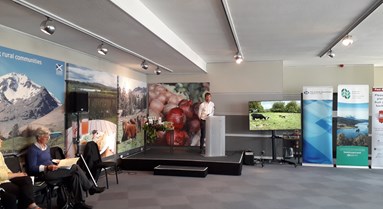