Like Kidding Around? Emily McCoy visits the UK’s only commercial organic kid meat breeder in the UK for Organic September

It’s Organic September and no better time to look at some of the more diverse organic food and farmers out there.

Goat meat is eaten as a staple food in Africa, Asia and South/Central America, and as a delicacy in some European countries, yet makes up only a small per cent of UK meat consumption.

Our meat consumption overall is otherwise massively higher than many other countries – so why no-go to the goat?!

Goat is a lean meat that contains less cholesterol and fat than beef or lamb. But organic goat meat is even better – for us and for the not so aptly named ‘kids’. A new study published in February shows that organic meat contains even more beneficial Omega-3 fatty acids than non-organic, around 50% more in fact. Plus, organic farming has been found to be better for our environment, and maintains strict standards of animal welfare that make sure the goats have access to plenty of space and good grass!

Yet despite a growing demand for organic produce – and the clear opportunity to be ahead of the foodie curve (there’s a few new street food companies popping up that are now using goat as their chosen signature dish) – there is only ONE organic goat meat producer in the whole of the UK. 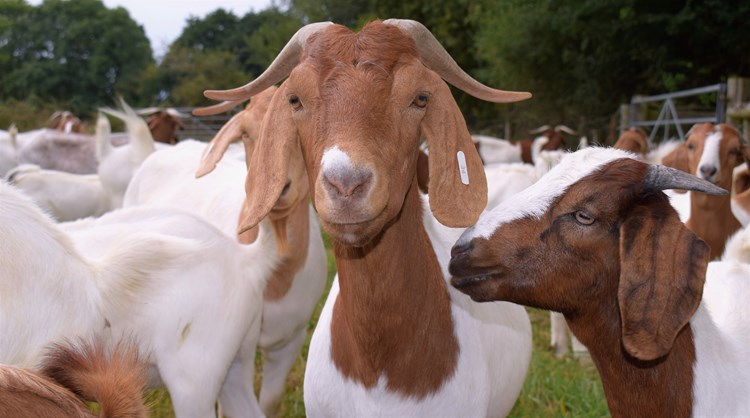 So this Organic September, I visited Bere Marsh Farm in Dorset to meet this rare breed of organic goat farmer, and her goats raised specifically for meat. Fiona welcomed us into her home and the base for her local business; meat is sold either directly from the farmhouse window, or online from the kitchen table to the customer’s fridge. People know that Bere Marsh Farm goats are raised to Soil Association Certification standards which they must trust and believe in, as they just keep coming back for more!

“It’s bizarre. It’s so easy to look after goats, I mean it wasn’t easy getting started – especially with the neighbours’ raised eyebrows – but the goats are generally pretty happy animals. Being organic means we give our goats the best lives so that they are as healthy as they can be and rarely require the use of antibiotics or veterinary treatment. Saying that, I had a lot to learn when I started and had the vet out almost weekly! But now I’ve learnt much more about how to care for the goats and what they need to produce the best quality meat.”

They're not just kidding around

Fiona obviously loves her herd, which is mostly female, with the two billy goats living in their own pen away from the ladies. It’s no surprise since she started in 2010 with just three does and named all the kids. Animal welfare is a top priority in organic farming and Bere Marsh Farm is the perfect setting for healthy, happy goats. They have plenty of space to roam, things to jump on – there is an old railway line running along one edge of the farm, and the goats certainly love a bit of entertainment – and shelter from bad weather.

The flock grows to 90 when the kids are born at the beginning of March (a doe will normally have two kids). Fiona explains that the goats are great mums and really responsive although she’s stopped naming them now!

Apart from letting them out in the morning – they are actually quite lazy creatures and enjoy a lie in until about 9 am – they are left to their own devices during the day.

The ladies ‘pecking order’ is easy to spot as they’re let out of their night-time barn-bed down the drive to the field: chief goatess leads the way and not even the naughtiest kid dares to overtake her as they all rush for juicy fresh grass.

Fiona explains that she chose the breed carefully. Unlike some other goat meat, which is produced as a by-product of dairy goats, Bere Marsh Farm’s herd are a more chunky, hardier breed called Boer goats. I don’t need to explain why it’s important to have bigger, meatier goats for this kind of business, but like many organic farmers, Fiona chose the breed as they are also naturally good at living outdoors and generally staying healthy.

“The breed comes from South Africa, and a harsher environment than here so the goats adapt well. All parts of the goat would be used and every family would have had a goat. Unlike dairy goats, which are more bony with bulging udders, these goats have a bit more of a behind. They’re meant to be outdoors too – it’s terrible that so many dairy goats are kept inside year round.”

Fiona’s organic goat meat sells out almost instantly in the autumn when it’s ready. She has no qualms about expanding the businesses and is looking for a new farm with better buildings for the goats to use overnight. But Fiona and her French husband Jipé have one final trick up their sleeve before I leave. 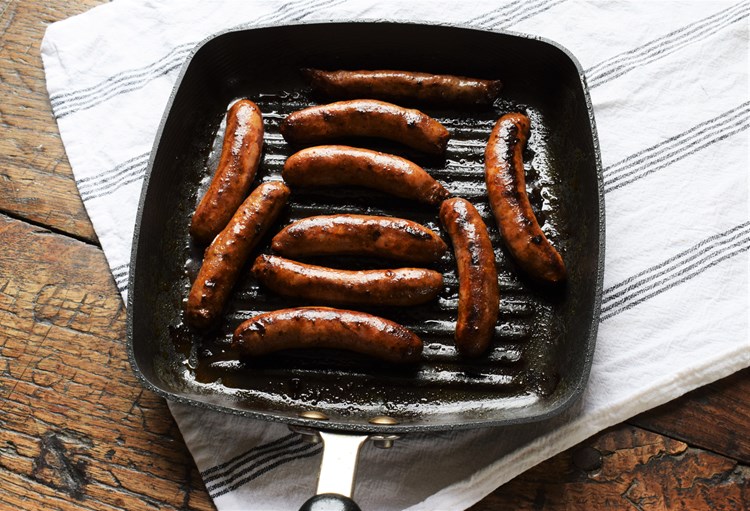 They wanted us to test their top-secret recipe for merguez goat sausage. Traditionally, in the south of France and North Africa, Jipé explained that merguez would be spiced with an exquisite mixture of cumin, fennel, paprika and other spices, flavouring left-over lamb or goat meat and turning it into some kind of sensational meal. Fiona and Jipé’s own version of the merguez is certainly moreish and we ate their new addition to the goat meat offer straight from the frying pan off the Aga with a chunk of fresh bread.

I’ll definitely be back to Bere Marsh Farm for more goat-y business!

If you want to get your hands on some of Fiona's organic goat meat check their website. It's easier than you think to Organic YOUR September, make your small change for a big difference to animal welfare, wildlife and the environment.