Farming for wildlife and biodiversity

At Peelham Farm, Denise Walton is striking a balance between agricultural productivity and increasing biodiversity, which she says is an ecosystem service for us all. 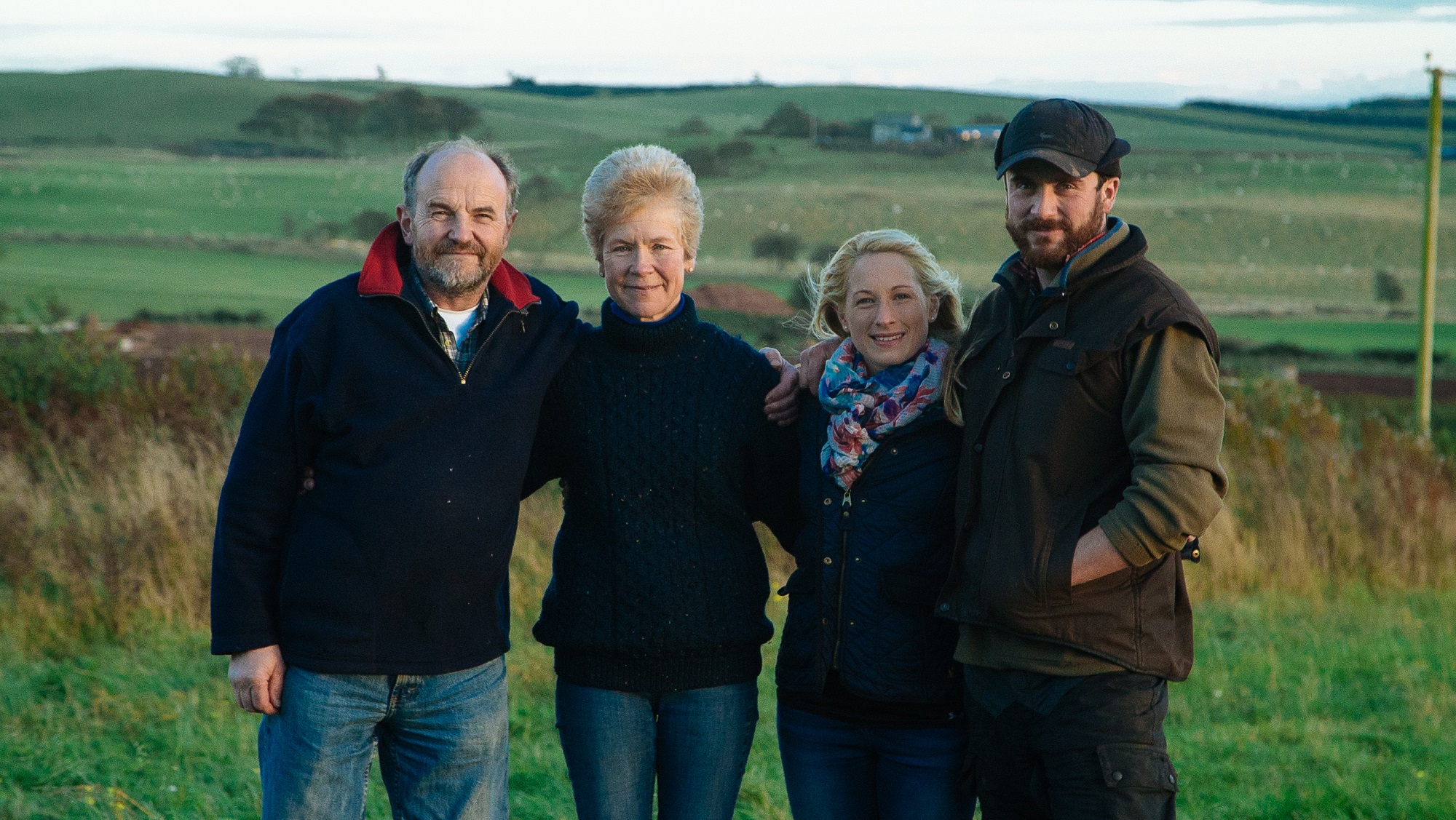 Picture: Chris, Denise, Helen and Angus Walton farm to encourage wildlife, such as birds and pollinating insects, at Peelham Farm.

Denise Walton farms organically at Peelham Farm in the Scottish Borders with her husband Chris, son Angus, daughter-in-law Helen, two grandchildren and seven or so dogs. Since taking over the farm in 1993, they have farmed to encourage wildlife, such as birds and pollinating insects.

Denise says: “We have an integrated, mixed farm: organic, Pasture for Life cattle, pigs and store lamb. We’re essentially farmers who add value on farm, so we built a butchery in 2008 here on the farm which draws livestock from the farm. We’re doing something like 80–100,000 kilos of meat a year which we sell online, at farmers markets, and direct to independent ethical organic retailers, hotels and restaurants.

“When we first came to Peelham in 1993 it was a pretty decrepit, run down, over intensively-farmed, completely arable farm. Our vision was mixed stock farming and supplying customers directly from our farm. While we couldn’t initially afford to go organic, it was always our ambition that we would.”

The Waltons began converting to organic with the CAP reform of 2002, which facilitated funding. Without this, Denise says, they wouldn’t have been able to afford to get started. But they were mindful from the start of the importance of connectivity in their farming.

“Even before we started converting we started restoring hedges and fencelines,” Denise says. “We were always conscious of how we needed to lay out and link up the network of corridors. There's no point putting a hedgerow in a field and that's it. It needs to link. It's all about connectivity, because wildlife - whether it's small, seed-eating birds or rodents, or even insects - will always follow corridors where there's some kind of security from predators, or there's a source of feed.”

But you can also use what you already have to increase biodiversity, she tells us. “You can get habitat structure or diversity simply along the edge of a cut silage field, or the cut edge of a cereal field, where you've exposed the stubble to a richness of weeds and weed seed.”

Then where that’s linked to everything else you get a ‘cumulative structural benefit’. “So, hedgerow linked to woodland, to an area of scrub, to a pond.”

As the grant schemes developed, the Waltons gradually put in beetle banks and even a scheme of grassland and crop management for endangered corn buntings. “Basically it’s delaying the cutting of the silage until the end of July, so allowing two potential periods of corn bunting and other ground-nesting fledglings. You also have selective grazing of your grassland areas.

“The direct benefits are for the birds but there are indirect benefits to soil health, for example. The natural breakdown of organic matter, increased soil and earthworm activity, that’s all a benefit. And because we're organic we're not applying any agrochemicals - there's no pesticides, herbicides or insecticides - so the insect populations aren't inhibited or decimated.” 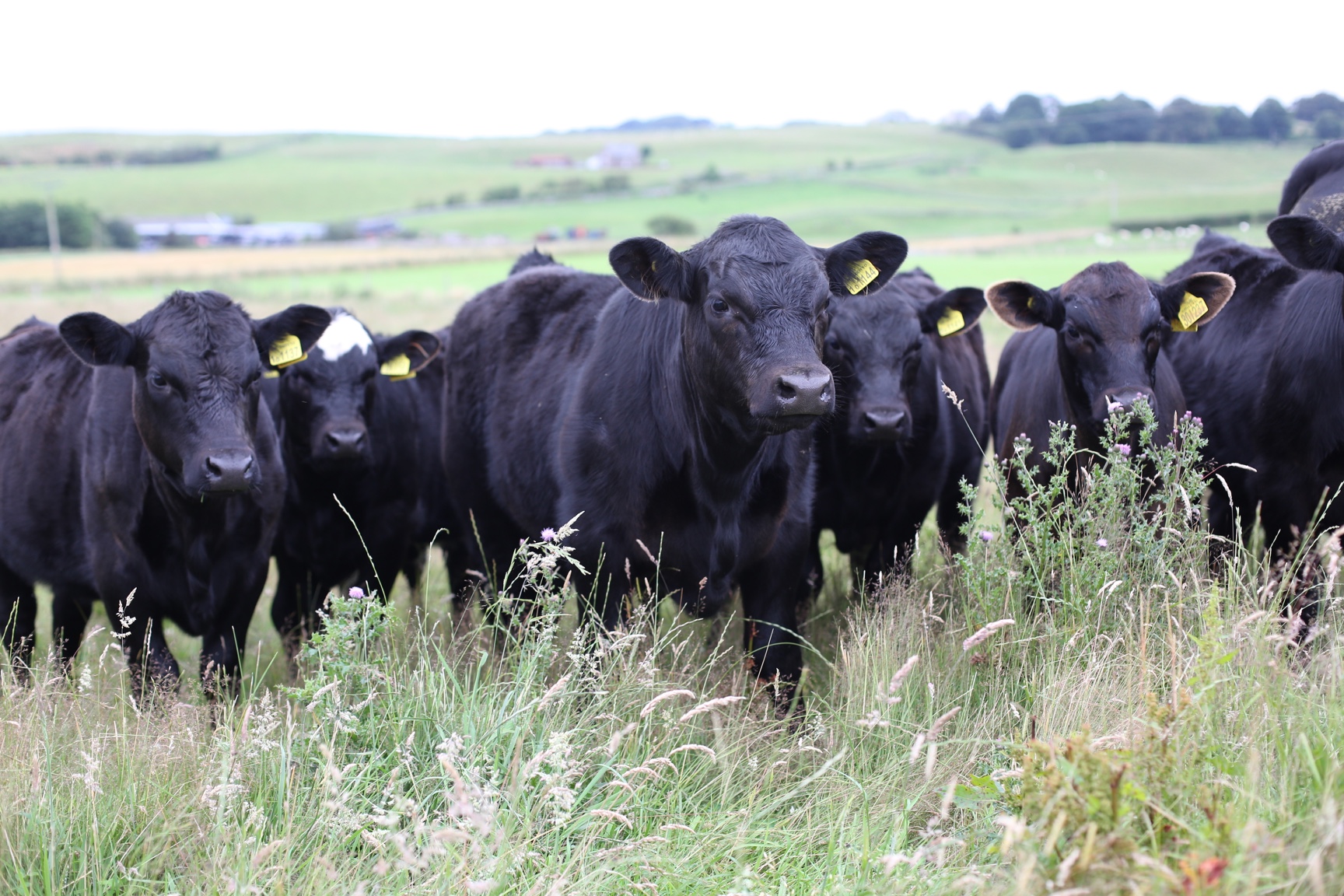 Picture: Cattle at Peelham Farm. Denise says her vision for the farm was mixed stock farming and supplying customers directly from our farm. CREDIT: Clem Sandison.

“The grant aid is designed to assist farmers who are sacrificing productivity for wildlife. That’s why it’s grant aided. But there’s huge value to activity like this – increasing biodiversity is an ecosystem service for all of us. We need to get better at recognising different kinds of capital: financial, natural and social.”

The Waltons have also undertaken work to encourage pollinators, including being mindful of what kind of hedgerows they plant, and what seed mixes they use in their verges.

“We don’t benefit directly because we don’t have crops that depend on pollination,” Denise says, “but that doesn’t diminish the value. Around us we have oilseed rape that is pollinated, and people leave hives here. We’ve planted dog rose and honeysuckle in the hedgerows, and we’ve encouraged brambles, so immediately you’ve got bees, hoverflies, and then just small little insects pottering about all pollinating. 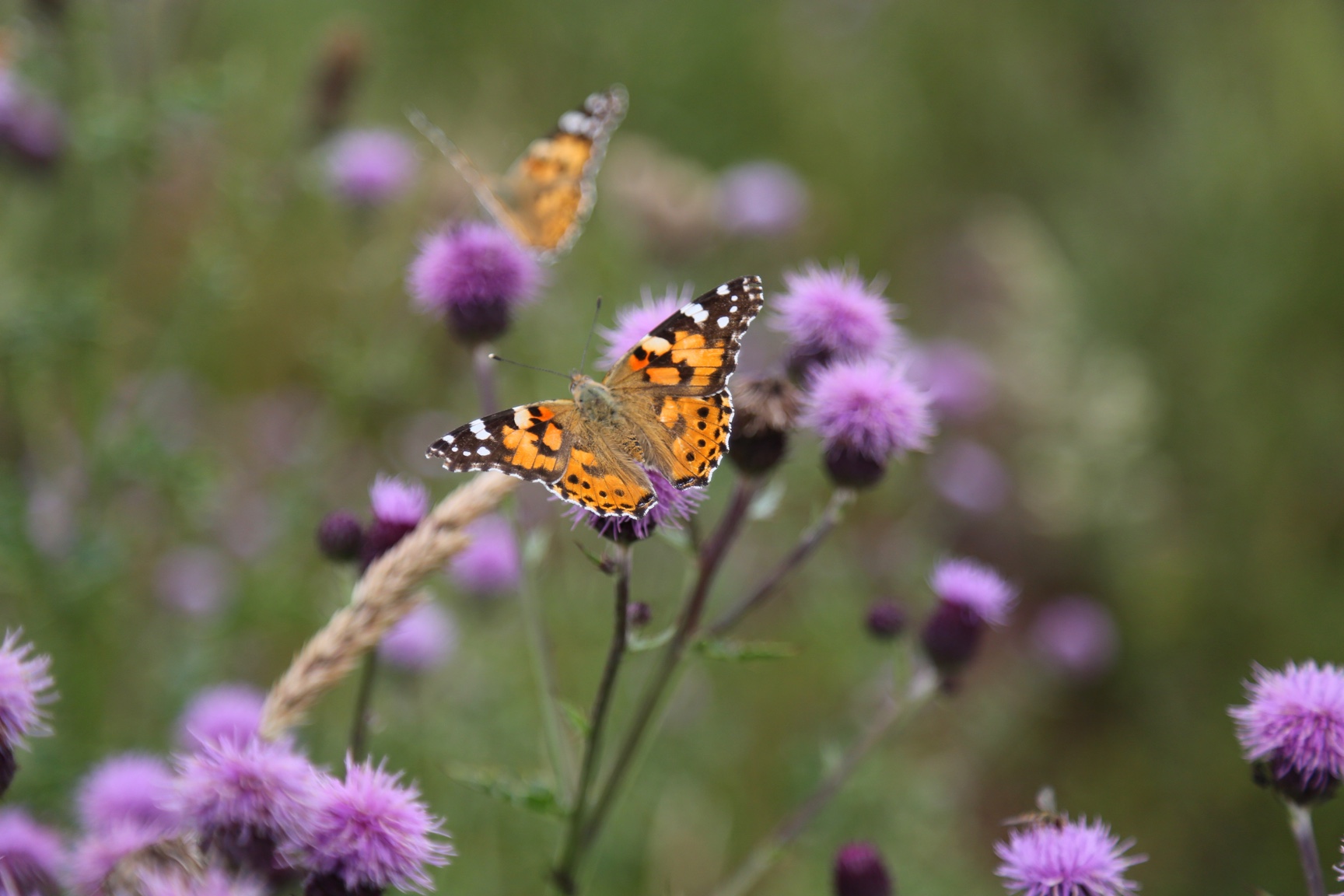 "We’ve also planted crab apple, blackthorn, really early flowering plants, so they’re there for earlier hoverflies, bees and bumblebees. We have red and white clover in abundance and, although it's anathema to some farmers, we have weed seeds like charlock that grow through the barley and masses of butterflies pollinating them.

"And actually, because we feed our pigs the barley, the little smattering of weed seed adds interest and a small amount of nutrition. Again, we use the weed seed for all of our barley straw used for feed for our ruminants, so where you’ve got green coming through, it’s going to add value to straw.”

Denise says that at Peelham they are lucky to have a biodiversity hotspot – an ancient mire – on the farm, which they have maintained by not using any agrochemicals on the hill, avoiding pollutant run-off. But, she says, you don’t need to have a hotspot to have good habitat on your farm.

“Plant hedgerows, plant woodlands, be very mindful of where you're planting them so you get the connections between them. This isn't about searching for the rare species but actually just providing a generous home for lots of wildlife.”

Peelham Farm's Denise Walton was a speaker at the Farming with Nature Showcase in October 2019. At the conference on the Rottal Estate, she spoke about converting Peelham Farm to organic and farming for wildlife.