Recognising compaction got rid of rushes 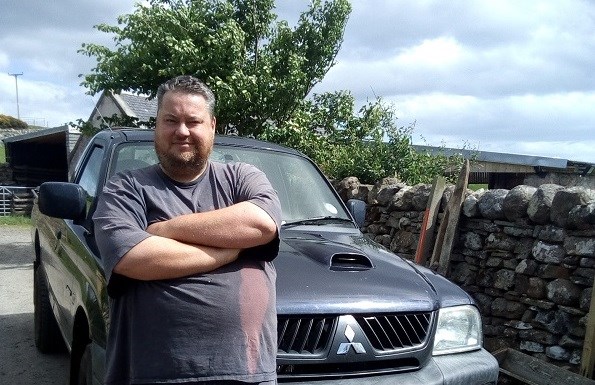 "I selectively oversprayed the field, which didn’t kill the rushes but killed all the clover..."

"Before, I was more 'burn and turn'. Ten years ago a baling contractor came in with big machine and, alongside my machines, over the course of two years broke half the pipe clay drains in the productive haylage field. The volume of grass dropped like a rock. I got a Crofting Agricultural Scheme Grant (CAGS) grant to put in a substantial modern drainage system, then I ploughed and reseeded it.

"The first year the grass didn’t come quickly and the weeds got in first – docks and creeping thistle and rushes for the first time. The next year I selectively oversprayed the field, which didn’t kill the rushes but killed all the clover. That’s when I started going to the Soil Association events.

"The rushes weren't the problem, they were the symptom of another problem"

“From the courses I learned to dig test pits all over the fields instead and I realised I had a plough pan – a sealed layer that was preventing the water draining properly. Then between the wet, my tractor and the contractor’s baling I had surface compaction, which I had also learned to recognise. It all clicked in my brain.

"The rushes weren't the problem, they were the symptom of another problem - the compaction.

“Now I’m adapting a system that suits me, my animals, my machinery. It’s incremental not instant.

“I make all my decisions now under the idea that what I spend must bring me the greatest return. Burn and turn is expensive, and doesn’t bring me a good return.

“It was also good to meet other farmers at the event. There’s an emotional isolation in farming. If something fails you take it personally. You need somebody to laugh with you and say, you think this is failure, try this!"