What do the Amazon fires have to do with Scotland?

The Amazon fires and Scotland

Writing in the Herald, our director Aoife Behan says:

We’re living in febrile times. Deal or no deal. Meat or no meat. Perhaps we’ve all got a little too much on our plates to think about those fires raging in the Amazon? But it’s precisely because we have too much on our plate - literally and figuratively - that we should be thinking about those flaming forests. They are linked to us here in Scotland and Europe, because those forests are being cleared so that we can fill our bellies. The fires are reportedly caused, in part, by farmers clearing land to expand agriculture; to clear land to grow soybean, mainly for animal feed, and cattle.

It’s been about 200 years since animals like cows, chickens and pigs slowly moved from eating grass and food waste to grain and plant protein-based diets. Since then providing them with enough protein to thrive has caused huge environmental problems. In the UK we each consume 61kg of soy per year in the form of chicken, pork, salmon, cheese and eggs. Around 50% comes from Brazil and Argentina. This trend looks set to continue with the approval of the free trade agreement between Mercosur trading bloc (Argentina, Brazil, Paraguay, Uruguay, and Venezuela) and the EU, which is likely to increase demand for cheaper meat and soybean.

One of the greatest threats facing nature today is the destruction of rainforests in Latin America, and the conversion of the world’s grasslands to arable cropping – over half of which will be used for animal feed. These massive changes in land use release huge quantities of CO2 to the atmosphere and are a key driver of climate change. The burning Brazilian rainforests are just another vivid example of our insatiable appetite for destruction. 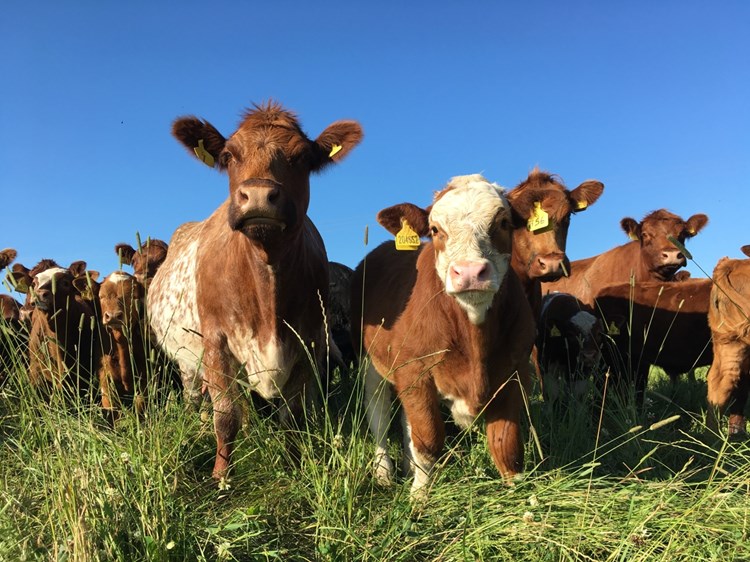 One way to help put out the fires in the Amazon is to reduce our reliance on imported beef and soybean feed and choose Scottish, grass-fed and organic meat. Scotland is more than self-sufficient in beef and sheep meat production – unlike the rest of the UK - and this presents us with a great, big climate friendly opportunity.

How Scotland can reach net zero

Scotland is a rural country, and around three-quarters of our land is farmed. Most of that is livestock farming, and about a tenth is arable farming. The UK’s Committee on Climate Change said Scotland could reach net zero five years sooner than the rest of the UK, and that’s thanks to our natural capital – our soil, water, air and living organisms – and our capacity to store carbon, for example in our trees and peatland soils. But if so much of Scotland is farmed, we need to pay attention to how it’s farmed, if we’re to achieve our carbon goals.

Are we planting enough trees on our farms? They store carbon, prevent flooding and can feed and shelter livestock. Are we making sure we plant diverse crops that can help each other fight disease and replenish the soil? Are we using our grazing systems to promote soil health and rotating them with crops? Are we using cover crops and soil management instead of pesticides and fertilisers? We call this farming with nature and organic farming is the best recognised system. 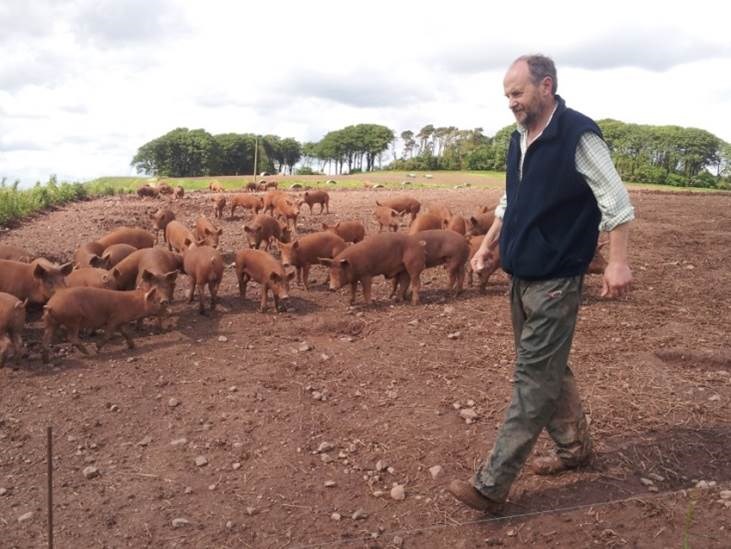 Picture: Organic farmer Chris Walton and his pigs at Peelham Farm in the Borders

But isn't red meat bad for the environment?

Here in Scotland, we can grow grass, and we have plenty of grazing land. But before we get too pleased about our happy, hairy, highland cows - don’t all those environmental reports say red meat is bad?

Actually, they don’t. The recent IPCC report, which provoked many an anti-red meat headline, says that while cows emit methane – a potent but short-lived greenhouse gas – a stable population of grass-fed ruminants (like cows) won’t increase global warming, because they also mitigate global warming in various ways. Grain-fed animals like pigs and chickens (and cows when they’re reared intensively) will, however, increase global warming in indirect ways, including deforestation to make space to grow their feed.

So we’re back to the burning forests. Halting plant protein feed imports, like soybean, will drastically reduce the level of imported tropical deforestation in the EU, which is associated with substantial biodiversity loss and GHG emissions.

We should all eat less meat, but better meat like our grass-fed cattle and sheep. We should eat more Scottish produced cereals, vegetables, and pulses. And we should use our land to feed humans first, and livestock on leftovers. Let’s look at those burning forests, but instead of feeling helpless, feel the opportunity to do things differently here at home.  Let’s support our nature-friendly farmers, and our organic farmers who often lead the way, in the policies we push for and the food we buy.

Read more about our farming with nature programmes

Read about our work getting sustainable Scottish food into schools

Time to put organic on the menu in Scotland