The moratorium will be in place until a public health assessment and an environmental impact study have been completed. Biotech companies are to foot the bill for both studies. The midterm election ballot measure was approved despite of companies like Monsanto and Dow AgroScience spending close to $8 million on a ‘no’ campaign. The ‘yes’ initiative won the day with just $60,000 spent on campaigning.

The ban is expected to have a huge impact – on the lives of people in Hawaii and on biotech companies. Hawaii has an excellent growing climate with up to three harvests a year. With little regulatory oversight the islands were ideal not just for growing GM seeds, they also became a huge open air field lab for experimenting with new crops, including GM sugar cane and papaya. ‘The transgenic seed industry has become the state’s new plantation agriculture’, writes Claire Hope Cummings in her book Uncertain Peril* (p 25).

Hawaiians are feeling the impact of what the agrochemical companies are doing. SHAKA, the non-profit organisation that collected the signatures to get the bill on the midterm ballot, says the use of pesticides has hugely increased. They say more than 80 different chemicals are being sprayed on the GM fields. Neither their interaction nor any cumulative effects have been properly studied. SHAKA says glyphosate, the active ingredient in Monsanto’s ‘Roundup’ pesticide regularly has been found in the islands’ drinking water, in mothers’ milk and in urine samples. Exposure to glyphosate has been linked to a number of severe health issues, all of which can be observed amongst Hawaiians on Maui and Molokai.

The widespread growing of GM crops also has a big impact on small scale and organic farmers in Hawaii, in particular those growing papaya, a valuable cash crop. SHAKA says 80% of all non-GM papayas have been contaminated by crosspollination and the export market has crashed.

Could the moratorium be a turning point or is it a minor hick-up for the industry? We’ll have to wait and see. The agrochemical companies are likely to take legal action and they have the option to shift to other islands in the Hawaiian archipelago. But then the ‘yes’ initiative may have set an example of what to do...

And just to get you up to date with the rest of the midterm GMO initiatives: voters in Colorado and Oregon had to decide whether food containing genetically engineered ingredients should be labelled. Both initiatives failed, in Oregon the margin was extremely slim. The GMO lobby invested $17 million in Colorado and $20 million in Oregon. Anti GMO campaigners in Colorado raised $900,000 and $7 million in Oregon. My friend in Oregon was upbeat yesterday, ‘it is only a matter of time before a subsequent measure passes’. 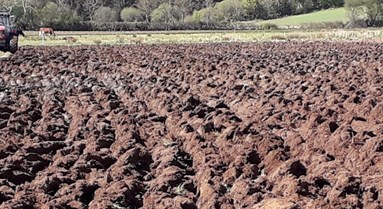 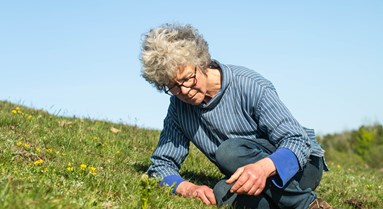 The magic of soil: what is the importance of soil in agriculture, and what can farmers do to protect it?