"The results have been staggering"

"The results have been staggering. I was expecting to see an improvement in the soil with the earlier sown green manures, but I didn’t expect such a graphic difference in the texture of the soil...I’m excited to be involved in the GREATsoils program. The demonstration days make things really tangible to growers, and that is the real value of this trial."

Iain Tolhurst of Tolhurst Organics, who is taking part in the AHDB funded GREATsoils project, talks about their field trial which is looking at the way that different sowing dates of green manures influence soil texture, nutrients and soil health.

My interest in soil health goes back a long time. Soil is the pivotal part of our growing system. As organic growers we rely on the biology of the soil. The way we grow, how we till, and how we harvest at Tolhurst Organics, all make to ensure the soil is kept in the best possible health.

Our GREATsoils field trail is looking at the way that different sowing dates of green manures influence soil texture, nutrients and soil health. In essence, does an earlier sowing of green manures show any definite improvement in soil quality? To assess this we’re doing NRM analysis including soil respiration measurements, earthworm counts, but we’re also doing a physical assessment of the soil.

The results have been staggering. I was expecting to see an improvement in the soil with the earlier sown green manures, but I didn’t expect such a graphic difference in the texture of the soil. We had a demonstration day event here for GREATsoils in November where growers got the chance to see what is going on, and the differences were really profound and visible to the naked eye. The drainage was also better on the early sown bed, which was noticeable as it had been raining heavily all day. Weed cover was also noticeably reduced. This is in a test where the difference between sowing dates is just six weeks! It is really exciting to be sharing this kind of work with other growers. 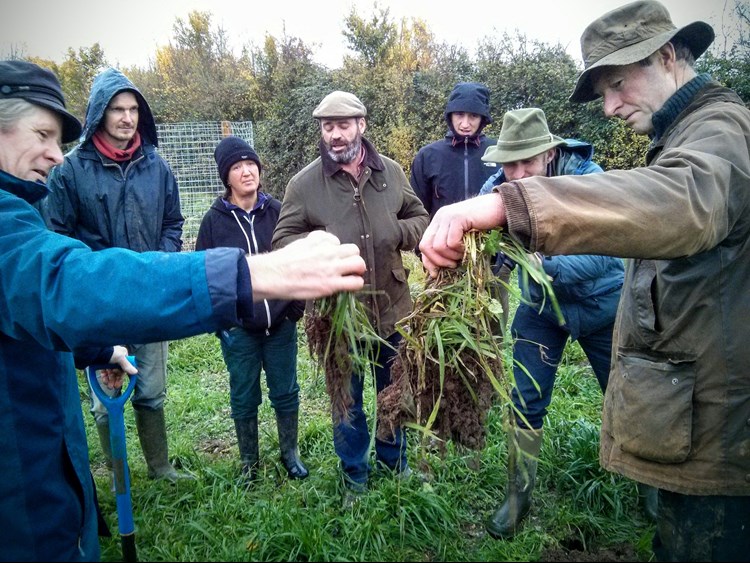 Having the data from the trials is really interesting. We’re already doing regular visual assessments. The earthworm counting is a great way to assess soil health, and one that can be learnt quickly by growers. I’m particularly interested in the respiration test we’ve been doing in this trial and the measuring of soil organic matter as it brings a more academic approach to the testing. Soil organic matter gives an indication for long-term potential availability of nitrogen and it’s really useful to measure any accumulation or loss of organic matter. A lot of people have a fixation with nitrogen as the driver of crop yields – it is thus often seen as an input output thing rather than something developed within the soil itself –how nitrogen is made available to plants is highly dependent on soil health. One of most important elements is building long term organic matter.

I’m excited to be involved in the GREATsoils program. The demonstration days make things really tangible to growers, and that is the real value of this trial. I also recently attended the first meeting of a GREATsoils field lab on soil health for top fruit in Kent last month. That meeting brought together a mix of organic and conventional growers all looking at the same issues, primarily for financial reasons. This was a group of people who all have one passion at heart and see the value of soil within their system. This kind of meeting didn’t happen 10 years ago. People are increasingly aware of the importance of soil health – not taking care of it has a real financial cost.

One of the key elements that is exciting me with GREATsoils and also the Innovative farmers project is that it is putting the research establishment in touch with growers, and getting them working together to find solutions to common issues that farmers face. The GREATsoils project is a wonderful piece of work and I really hope it continues as this is just the beginning of what needs to be discovered and shared. 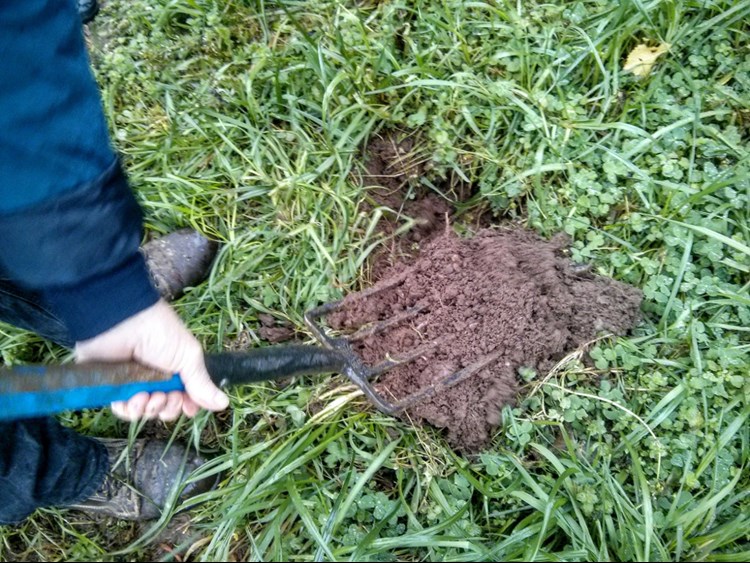 The Growing Resilient Efficient and Thriving GREATsoils is being delivered in partnership by the Soil Association, Organic Research Centre and Earthcare Technical Ltd. The project is part of the GREATsoils programme funded by AHDB.

An organic producer since 1976 growing a wide range of mixed veg on 19 acres of land at Hardwick Estate in south Oxfordshire. The farm is now operated as a Community Interest Company and was the first to attain the Stockfree Organic symbol in 2004, no grazing animals and no animal inputs to any part of the farm for the past 30 years. The farm has a long history of participative research projects looking at a range of subjects. Iain Tolhurst is well known within the organic movement having been active for over 40 years. He also works part time as an advisor for many horticultural farms nationally and internationally as well as various organic organisations delivering seminars and conducting farm walks. He is considered to be a leading expert on stock-free organic horticulture, and low carbon local vegetable production systems. He has written several books about his experiences, the most recent being “Back to Earth” self-published in 2016. www.tolhurstorganic.co.uk