Golden Rice & The Dangers Of GM

The industry that promotes genetically modified (GM) food is built on empty promises, but very real dangers. In this blog, Carys Barry investigates why Golden Rice was doomed to fail from the very beginning. 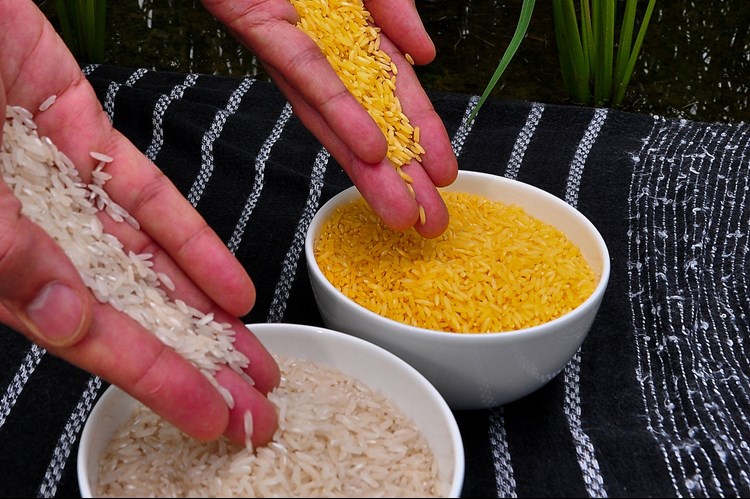 Golden Rice is not so golden, after all.

You may have heard of Golden Rice – it’s the GM industry’s solution for Vitamin A deficiency, which is responsible for 500,000 cases of irreversible blindness in children every year. Golden rice has been the poster boy of the pro-GM campaign for nearly 20 years. But Golden rice falls short on promised results, not only failing to produce a consumable product but also is being used dishonestly, to win hearts and minds by an industry that is hurting the low-income countries it claims to be helping.

Why has Golden Rice failed?

In rice-consuming countries, such as Bangladesh, the populations choose which rice to eat carefully. They would never eat yellow rice with good reason. There is a yellow mould that grows on rice that is stored poorly called “yellow rice disease”. It’s a key indication that the rice is unsafe to eat. Whether or not this mould is directly the cause of death for some people in low income countries is up for debate. However, the fact that there is a risk of death when eating yellow rice, makes an aversion to yellow rice a good thing. This aversion should not be discouraged. With people knowing yellow rice is dangerous it would cost a huge amount of money to encourage the eating of yellow rice - money that could be spent on actually feeding people.  This rice was developed to “solve” a problem without checking whether people might eat it – almost guaranteeing it would be a huge waste of money. Even if the target consumer for golden rice would eat yellow rice, GM is an expensive way to prevent vitamin A deficiency.

The GM Lobby have been dishonest

In the 1990s, George Bush and Tony Blair believed Monsanto’s claims that almost all food would be GM within a few years. For all of the promises, the only GM crops that are currently commercially grown on a large scale are cotton and animal feed crops engineered to be herbicide tolerant or insect resistant. Instead of these GM products helping the worst off and dealing with any of the world’s problems, they are damaging the environment. The products were promised to cut pesticide use, and the opposite has been the case.

Golden rice was said to be different. Golden rice was not made by a big company; it was originally developed with help from the Rockefeller Foundation, and is now being developed by the Philippines’ state rice organisation. It was meant to show GM working to solve a serious health problem in developing countries, but it has failed on all accounts.  This isn’t a surprise, because Golden rice has always been tinged with ulterior motives. For some people involved, has been an attempt to provide a positive GM story, and has been used as such for over 15 years, despite not being ready to use, and despite the fact that still no one know if it will work.  Most recently, it has been used to convince 107 Nobel Laureates to sign a piece of paper in support of GM.

We are betting on the wrong horse

GM is an almighty distraction from innovations that are actually useful – and working. Golden rice is a perfect example of how to waste time and resources rather than solving a problem. To try and solve the issue of vitamin A deficiency with GM crops, the GM industry is said to have spent $50 million on a technology that has not produced results in almost 20 years! $50 million that could have been spent on finding ways to get people in low-income countries to eat more greens and finding easier and cheaper ways of growing them locally. Even if Golden Rice solved the Vitamin A deficiency, what about all the other deficiencies that a diet deficient in Vitamin A is likely to leave people with? It is obvious that promoting a good balanced diet, and investing in gaining access to food for balanced diets globally, is a better use of time and resources. Solving the problem of vitamin deficiencies with a food that solves one deficiency but does not promote overall health is foolish and creates a dependency on a single product. As the proverb says: give a man a fish he will eat for a day, teach a man to fish and he can feed himself for life. Why would we give people one vitamin when we can help them to eat a balanced diet full of many vitamins, proteins and minerals?

GM crops are an old and failing technology, diverting resources from innovations and known solutions is counterproductive. After so many years, with so many wrong turns and failures, it is clear that GM ‘golden’ rice is being kept going as a GM vanity project, used as a pro-GM propaganda tool not a humanitarian initiative. 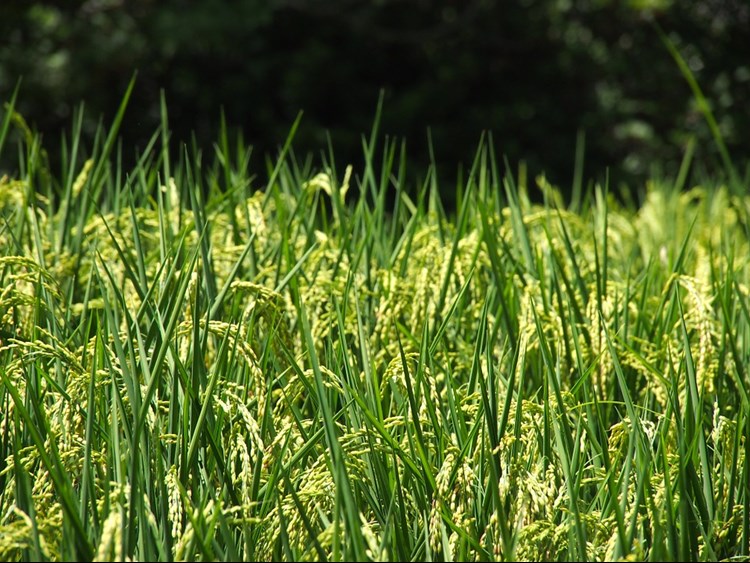 Does moving away from GM mean we are moving backwards?

Many people equate moving away from GM with a move away from innovation. It seems more sensible to argue that continuing to invest in GM, is itself, against innovation. GM has continuously failed to deliver. Pumping money into a venture that fails to give results is counterproductive. Instead of spending money on a technology that has failed to give us a single product that will help those that most need it most, why don’t we invest in something actually innovative? Why don’t we invest in technologies that we know are safe but will help to increase yields without being dangerous to our health and dangerous to our environment?

We are living in an age where feeding the world in an environmentally sustainable and safe way should be our top priority and all the time, energy and money wasted on creating technology that privileges the already privileged, at the expense of the environment and our health should be stopped immediately. GM is a prime example of looking at the issue in the wrong way. It is a solution searching desperately for a problem to solve.  Instead of starting with the ideas and needs of poorer communities and farmers in developing countries, it started with Western agrochemical companies thinking about how to use emerging (and incomplete) knowledge of DNA and how genes function, to develop new products that fitted their business model.

In the case of golden rice, there is a simple way of stopping vitamin A deficiencies: eating more green vegetables. If there is an easy and cheap solution to a problem, why wouldn’t we use it? 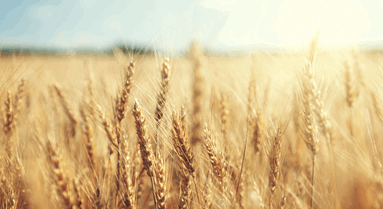 Say no to GMO