It is November, and autumn has arrived with a vengeance. A succession of sharp frosts has finished off the last of the flowers in my garden in East Sussex, and the last few bumblebees of the year with them.

I find myself looking forward to spring, when the countryside will be cheered once more by spring blossom; first the blackthorn in the hedges, soon to be followed by hawthorn, and primroses, bugle, wood anemones and ground ivy in the hedge bottoms. 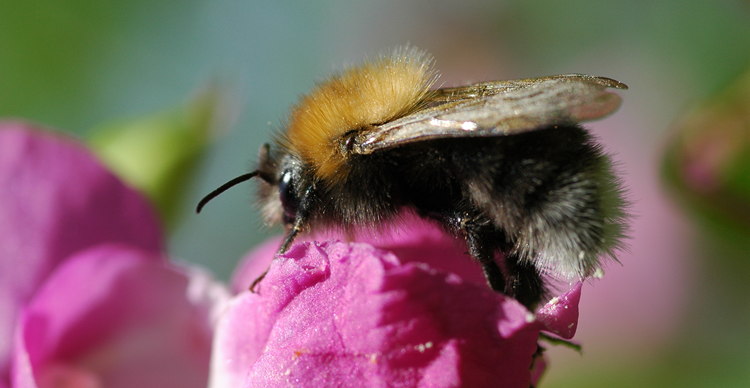 Sadly, there aren’t anywhere near as many flowers in the countryside as there once where; the riot of spring flowers has become muted. Decades of herbicide drift and fertilizer runoff mean that field margins are dominated by coarse grasses, nettles, docks and hogweed, the few plants that thrive in these conditions. Heartbreakingly, it now turns out that the remaining flowers are often contaminated with a mixture of pesticides, so that hungry bees, butterflies and other pollinators emerging from hibernation consume a toxic cocktail of neurotoxins and fungicides when they drink nectar or gather pollen from a flower.

In my research group at the University of Sussex we’ve been studying the impacts of pesticides used in farming on bumblebees. There has been great concern that some classes of insecticide used on crops, particularly a group known as neonicotinoids, might be harming them. These are very powerful neurotoxins, synthetic variants on nicotine, that are widely applied to wheat and oilseed rape seeds before sowing; as the plant grows, it absorbs the seed coating through its roots, and the chemical spreads throughout the plant, protecting it from pests. Unfortunately this systemic action means that the chemicals also get in to the pollen and nectar of flowering crops. Concern as to the harm this was doing to bees led to the European Union agreeing on a ban on their use on flowering crops from December 2013, although in 2015 recently our Environment Secretary Liz Truss chose to overturn this ban in the main arable belt of central and eastern England. 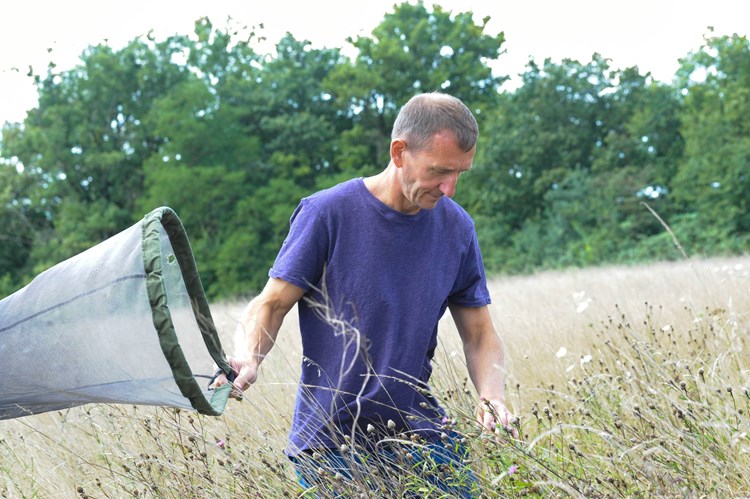 In our research, we placed honey bee hives and bumblebee nests on arable farms in East Sussex, and then looked at the pesticides in the pollen and nectar they collected. We began this work before the EU ban came into effect, when the oilseed rape nearby had all been treated with a neonicotinoid known as thiamethoxam. Through analyses of the pollen grains we could work out what flowers the bees had been visiting, and by separating balls of pollen collected from different plants we could analyse pesticide residues in the pollen of the different flower species.

Alarmingly, the food collected by both honey bees and bumblebees contained all sorts of pesticides; not just the thiamethoxam but also often three other neonicotinoids, clothianidin, imidacloprid and thiacloprid. On top of that, there was a cocktail of fungicides: carbendazim, boscalid, flusilazole, metconazole, tebuconazole, trifloxystrobin, and others1,2, chemicals some of which we know can act as synergists with insecticides, effectively making them more toxic. What was most disturbing was that the large majority of these chemicals seemed to be coming from the wildflowers, not from the crop. For pollen collected by honeybees, 97% of the neonicotinoids being brought into the hives were from wildflowers, even during the flowering of the oilseed rape. A lot of it was coming from the hawthorn blossom.

Can wildflowers really be so badly contaminated with pesticides? To test this, we collected pollen and nectar by hand from flowers growing in hedgerows on the farms; a very slow and tedious job which bees are much more adept at than people. When these samples were analysed, sure enough we found the same cocktail of chemicals. It was very variable – some plants had nothing, others had very high concentrations, higher even than the crop. Among the wildflowers containing neonicotinoids were buttercups, violets, forget-me-nots, St John’s wort, hogweed and poppies.

How did all these chemicals get in to the wildflowers? We don’t know for sure, and would love to get funding to investigate this, but we have some good guesses. A little bit of dust is created during the sowing of neonicotinoid-coated crops, and this can blow into hedgerows, but it seems unlikely that this is enough to explain what we found. However, it turns out that only about 5% of the neonicotinoids applied to the crop seed are actually sucked up by the growing seedling as intended. The remaining 95% goes in to the soil and soil water, where it can sit for many years, for these chemicals break down very slowly. The residues can accumulate over time, and can leach in to nearby streams. They are also liable to be sucked up by any other plants with roots in the same soil – such as the field margin flowers and hedgerow plants. 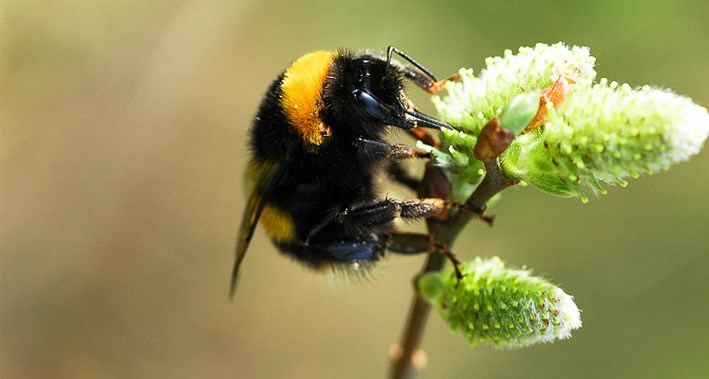 What harm is this likely to be doing to bees? We don’t know for sure, but the concentrations  of neonicotinoids found in many of our bumblebee nests are higher than those that have been found to reduce nest growth and queen production, impair learning and navigation, and cause deaths. Of course it isn’t just bees; any insect visiting these flowers will be getting a dose of neurotoxin. Indeed, harmless herbivorous insects such as butterfly and moth caterpillars and grasshoppers are all likely to be being gently poisoned, for if the chemicals are in the nectar and pollen then they are surely also in the leaves. We recently found that the rates of declines of many UK farmland butterflies are strongly correlated with the amounts of neonicotinoids applied each year3.

We can’t say for sure that this is cause and effect, but it cannot be good for our wildlife to be chronically exposed to chemical cocktails, and in these circumstances it should not surprise us that our wildlife is disappearing at an alarming rate. Sadly, for me the sight of the hedgerows blooming next spring will not bring the joy it once did. What madness has led us to pollute our countryside with persistent, systemic neurotoxins?

Thanks are due to my colleagues Cristina Botias, David Arthur and Liz Hill, particularly to Cristina for tackling the terribly tedious job of collecting pollen and nectar by hand from flowers.

To find out more about the lives of bumblebees you might like to read A Buzz in the Meadow by Dave Goulson.

...do you want to put an end to pesticides wiping out our wildlife? As the UK's leading food and farming charity, we rely on you – our fantastic supporters, to help deliver vital campaigns that will safeguard British wildlife for generations to come.

The past 70 years of pesticide abuse have seen a catastrophic decline in our bees, bugs and wildlife. Despite steps forward like the Government’s agreement to support a ban on bee-killing neonicotinoids, more needs to be done to stop producers replacing banned pesticides with equally harmful chemicals. Join us and together we can put pressure on the Government to implement pesticide reduction targets and empower farmers to produce food without using pesticides. We must act urgently to break the pesticide cycle. If everyone who visits our website makes a small contribution today, we can fight even harder to make sure our fields, hedges and countryside are havens not hazards for wildlife.

Professor Of Biology (Evolution, Behaviour and Environment) at University of Sussex

Why are hedgerows so important?