Joe Rolfe - Bringing Pollinators On Board

Bringing Pollinators On Board

Over the past four decades, 76% of UK butterfly species have declined and two of our bumblebee species have become extinct, with many other bee species under threat! Yet bees and other insects are essential for fertilising crops, and boosting pollinators could boost crop yields, along with a whole range of other benefits.

We’re working with Pukka, purveyor of organic herbal teas and supplements, to find out how organic growers have done their bit to bring pollinators back to our fields and gardens.

Today we’re talking to Joe Rolfe, the pioneering General Manager of Taylor Grown, an organic farm providing carrots, onions and potatoes to most UK supermarkets. Joe spoke to us last year about his work trialling ‘beetle banks’ on his farm. This year, Joe has got back in touch after a full day at the Fresh Produce meeting, hosted by Riverford Organics, to discuss whether his banks of insect-attracting plants had started to work their magic.

Firstly, thank you so much for taking the time to talk to us, especially after spending the whole day at the Fresh Produce Meeting!

No problem – I enjoy talking about these things. It’s interesting!

It certainly is – and I hear you’re no stranger to experimentation. Tell us about some of your other trials at Taylor Grown. Is it right that every year you set a plot aside to trial a new vegetable product?

Yes – although it’s not set in stone as every year. Our aim is more to just constantly innovate, evolve and improve. So if there’s a new variety on the market, we’ll definitely take advantage of that.

And which has been your most successful new vegetable?

That would be the cylindrical super-sweet beetroot. Although it’s an organic product first and foremost, it actually became part of Waitrose’s specials range, and has gone on to the have the most success. Particularly since it came from such humble beginnings - it’s not as if beetroot is already a favourite vegetable: it’s only become popular in the past five or six years.

Other new ranges include multi-coloured carrots, Parisian carrots and golden beetroot. But which is your personal favourite vegetable?

It’s really hard to pick a favourite! But I suppose I would have to say that my favourite vegetables to grow are carrots. They’re the most satisfying when you get them right. We’re developing some sweet varieties at the moment that taste amazing.

So what drew you to the world of organic farming?

My grandparents were dairy farmers and I spent a lot of time there as a child. In those days, the way they farmed was the closest you could get to organic at that time. I studied agriculture at university and during my time there I did an industrial placement on a salad farm, which introduced me into another farming industry. After completing my university degree I joined a vegetable farming business.

I liked the nature of the vegetable industry, in that there’s so much diversity in the roles you can enter. You don’t just have to be a farmer: you can try your hand at sales, marketing, technical agronomy, engineering, innovation – all sorts of things.

I more or less stumbled across organic farming – I didn’t set out to become an organic farmer from the very outset, but the more I learned more about it, the more I wanted to try it. Lots of friends at university were very dismissive of organic - and still are, in fact - but I wasn’t swayed - I wanted to give it a chance.

Then, when I went on to work for someone who really believed in it, I was like a sponge, absorbing all the information. I enjoy the challenge of organic farming - it’s a completely different method of farming. You have to really innovate and think outside the box, and try to pre-empt a problem - because by the time it’s happened, there’s often nothing you can do about it! You have to have that extra bit of creativity for organic farming. A lot of people can’t do it, and give up trying.

And what is it about organic farming methods that make it so beneficial to insects?

The main advantage is that there are far fewer pesticides and harmful chemicals. But the nature of the organic farming system is better, too. It’s a longer-term system, and it’s not a monoculture - it combines a variety of crops, rather than just one over miles of land. So you’re creating far better habitats. And on an organic farm, you’re synchronised with the natural world. You have no other choice but to rely on nature, so you’re always working with it, not against it.

Tell us about your work with GreatSoils – how do they link in with the “beetle banks”?

We originally started working with Great Soils on companion planting: planting other species along with our carrots to see if this would build soil fertility. But I decided to combine this with “beetle banks” – strips of wild plants that house beneficial insects – to see what happened.

What results were you hoping to see when you set up them up last summer?

Apart from providing valuable habitats for pollinators, the main thing we hoped to achieve was really good pest control – the beetle banks are right in amongst the fields, so we’re creating habitats for natural predator insects, and bringing them closer in to the crops themselves. What we didn’t know when we set them up was which were the right plant species, when to put them in – and we’re still learning. In fact, we’ve made some big changes to this year’s planting since last season.

Would I be right in saying you also released some insects of your own?

Yes, that’s right - we work with a company that releases natural predators to order. We make a plan for each field - which insects we need, and at what time of year – and they deliver to the plan. These are all insects that would occur naturally anyway - ladybirds, lacewings, hoverflies and parasitic wasps - but we bring them in earlier, because normally they arrive too late to eliminate the pests!

It’s early days – but have you noticed any changes as a result of your hard work?

Yes – the best improvement we’ve seen is in a field where aphids used to be the main problem. We haven’t had to do anything to that field this year – it looks like the wasps are doing their job!

I should add that because we’re working with the Environmental Stewardship Scheme, a big proportion of the farm is already full of good habitats.

So with the beetle banks on top of that, it’s had a particularly dramatic effect.

What advice would you give to other farmers who want to start attracting pollinators to their land?

Well, if you’re organic, you’re already well on the way - but there’s always more you can do. Obviously, it depends on factors like the crops you’re growing and the soil in the area, but the main advice I would give is just think outside the box and don’t be dismissive of new ideas. And if there are any parts of your farm that aren’t particularly fertile or aren’t prime farmland, you could think about sowing some wild flower seeds and using them to attract pollinators.

We understand that Alan Titchmarsh recently visited you to make a video for Waitrose. What was that like? Were you star-struck?

I was a little bit! Especially since I grew up watching his gardening programs, like Ground Force, where he’d transform people’s gardens with Charlie Dimmock. But when I met him he was so down to earth, and just seemed a really genuine person. Because he had a real interest in farming and horticulture, we had a lot to talk about, so I found him really easy to get on with. It was more like being father and son - we were just chatting away and didn’t really think about the filming, which made me less nervous.

And finally – are you planning any future experiments?

We’re certainly going to carry on adapting and improving the beetle banks - but we’re also looking into branching out into different crops, like organic potatoes. We want to develop new varieties that both grow well in the organic system, and taste good. A lot of organic potatoes at the moment taste nice, but don’t suit the organic system very well. So, for example, we’re looking for new methods of irrigation to limit the risk of disease.

Joe Rolfe – thank you very much for taking the time to share your thoughts – it’s been really interesting!

Together we can develop solutions that keep our pollinators thriving. There are many ways that you can help. Click to find out how you can join us in this vital work 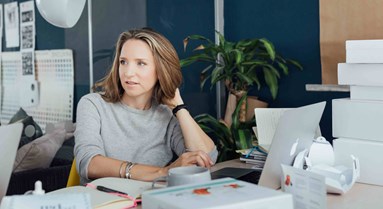 Do you have to choose between effectiveness and organic when choosing beauty products? 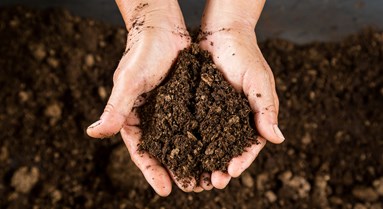 Great news for soil! Our new report sets out what’s next