Are we facing another Silent Spring?

Are We Facing Another Silent Spring?

“We allow the chemical death rain to fall as though there were no alternative, whereas in fact there are many…” Rachel Carson, Silent Spring, 1962.

Rachel Carson was one of the first scientists to warn the world about the danger of pesticides on the natural environment. Pointing to DDT as one of the greatest enemies the wildlife had at that time, her 1962 book Silent Spring is credited as one of the most important environmental manifesto ever written.

“Chemicals sprayed on croplands or forests or gardens lie long in soil, entering into living organisms, passing from one to another in a chain of poisoning and death.”

Rachel Carson was an American marine biologist, popular science writer and an environmentalist. She lived during an important and new period in history - the epoch of a worried post-war generation who was going through a widespread hysteria about radioactive fallout from nuclear tests. When Carson’s Silent Spring was published, Americans found themselves in front of another invisible threat: DDT. 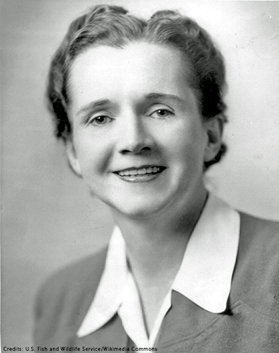 Used during the second half of World War II to fight malaria and typhus, by the mid-1950s DDT became the most widely used pesticide in agriculture. Its production increased very rapidly in the US, raising many concerns among biologists, who were lamenting a harmful effect on different species, such as the bald eagle.

Carson writes: “We are rightly appalled by the genetic effects of radiation. How then, can we be indifferent to the same effect in chemicals that we disseminate widely in our environment?” Silent Spring marked the beginning of the environmental movement worldwide. It was her book that started such a profound public debate about pesticides, and eventually stimulated the creation of the US Environmental Protection Agency years later, in 1970.

Thanks to Carson’s writings many people stepped forward becoming conscious about their right to know how pesticides were being used and what the effects on environment and human health were. People started to care about nature in a way that no one had never done before.

“These sprays, dust, and aerosols are now applied almost universally to farms, gardens, forests and home – non-selective chemicals that have the power to kill every insect, the “good” and the “bad”, to still the song of birds and the leaping if fish in the streams, to coat the leaves with a deadly film, and to linger on in soil – all this though the intended target may only be a few weeds or insects.”

The condemnation was clear: an indiscriminate use of pesticides might change what evolution has shaped through time, providing all the living creatures with a specific and vital role in the ecosystem. Carson writes: “Given time – not in years but in millennia – life adjusts, and a balance has been reached. For time is the essential ingredient; but in the modern world there is no time.” Is it this speed that might have caused unprecedented pressure on the environment and agriculture?

Are neonicotinoids the new DDT?

50 years later, is the history repeating itself? Today the harm of neonicotinoids (neonics) is impossible to deny. The scientific evidence is overwhelming. We are facing a critical decline of our pollinators and other animals due to their exposure to these toxic chemicals – along with climate change and Varroa mite.

In fact, a study published in 2014 by an international team of 29 scientists (including leading bee researcher Professor Dave Goulson), stated that there was “clear evidence of harm” from use of neonicotinoids and another toxic chemical called fipronil. The experts analysed over 800 peer-reviewed scientific studies, investigating the impact of these chemicals on wildlife. “In the case of acute effects alone, some neonics are at least 5,000 to 10,000 times more toxic to bees than DDT,” as enunciated by the task force in the report. 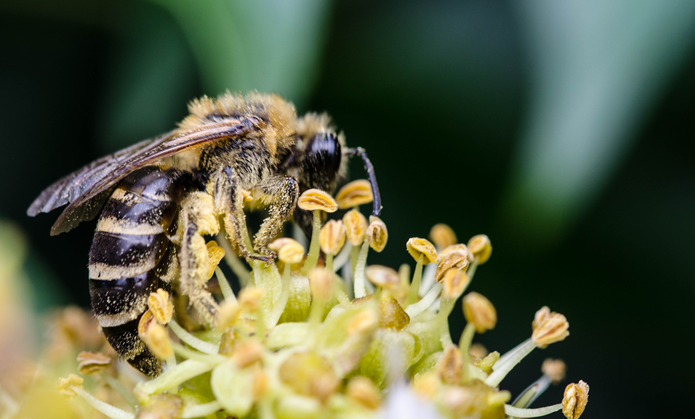 Over fifty years ago Carson wrote: “We allow the chemical death rain to fall as though there were no alternative, whereas in fact there are many.” Today this rule remains the same. The alternatives do exist. In our age, thousands of organic farmers show you can already farm profitably without pesticides. Through Innovative Farmers, part of our Duchy Future Farming Programme, farmers are finding even better ways of doing this. This isn’t simply about substituting other tools, like biological controls; it is also about developing more diverse farming systems, for example bringing different crops and even trees into farms.

If Rachel Carson were alive today, would she write about neonicotinoids? In the fight against DDT, Carson undertook incredible investigative scientific research in order to collect accurate data. And she has the fantastic ability to make them accessible to a wider audience, using a language that was accessible to everyone.

Unfortunately, we won’t have another Rachel Carson ever again, but we have the opportunity to follow in her footsteps. Together we have the power and the moral duty to keep her voice alive, for ourselves and the future generations. As Rachel did 55 years ago, we have to work together to investigate even more the impact of these synthetic chemicals on our environment. And in this process funding the scientific research is crucial, because more evidence is needed.

Rachel Carson writes: “Long before the age of a man, insects inhabited the earth – a group of extraordinarily varied and adaptable beings.” Today it's still possible to enjoy the wonders of nature, but what would happen if future generations will not have that privilege? Our small Policy team works on your behalf to lobby the government on important environmental and public health issues, but you can be part of this change too. Become a member today from just £3.50 and together we can make everyone has good food for future generations – without cruelty, without waste, without environmental damage.