There’s no point in having a great food action plan if no-one knows about it. That’s why promoting healthy and sustainable food to the public is one of the most important first steps in creating a Sustainable Food City.

Bristol Food Connections hosts a city-wide food celebration that brings together Bristol’s food community and its citizens. The festival has grown rapidly over the years, and helped to gain Bristol a Sustainable Food Cities Silver Award in 2016.

Today, we’re talking to Aine Morris, creative director of Bristol Food Connections, about how the city-wide food festival and community projects have made a stir in Bristol over the past few years. 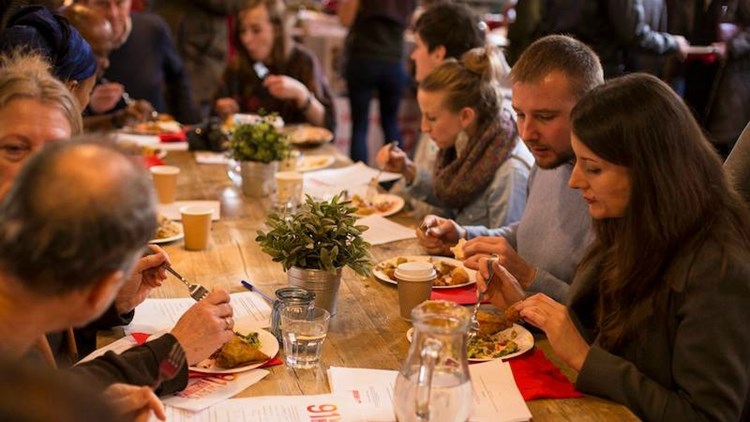 Bristol Food Connections is unique in that it’s the only food event in the UK that focuses specifically on engaging the public, rather than networking or promoting local businesses. Aine tells me that they often see themselves as more of a PR company for sustainable food – the interface between a government action plan and the public engagement needed to put it into action. As a result, they spend a lot of time trying to find new languages to communicate through food. After all, she tells me, a policy can’t go any further unless we engage the public and bring them on board.

I asked Aine for a couple of their most successful examples. This is a difficult task, Aine tells me, because the festival is designed to be broad. The aim is to foster a whole-city food culture – Aine believes that if we create a good food culture, movements and action plans can spring from that. So a lot of effort is made to ensure events are spread across the whole city, rather than, for example, only appealing to foodies in the city centre, or the green community in St. Werburghs.

However, a couple of examples did spring to mind. The first was a series of events called Cook n’ Converse, where communities would get together with people of influence such as local councillors. They would make food together, sit down and eat, and talk about food issues. This is a perfect example of how Food Connections come at a problem from a different angle, using ‘slow food’ to bring communities together around cooking. 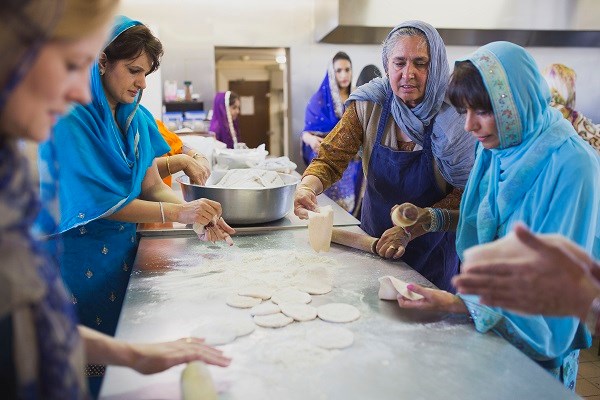 91 Ways is another highly successful ongoing project that came out of Bristol Food Connections. Named after the 91 languages spoken in Bristol, this series of community cafes started with a single event engaging the local Somalian women in Easton. During this event, the discussions of concerned parents sparked a research study that linked obesity levels with the number of fast food outlets children passed on their way home from school: a perfect example of conversation leading to action.

91 Ways now celebrates a whole range of cultures. People come together, showcase their traditional dishes, and tell stories. Many stories tell of how food culture helped them to settle into a new and unfamiliar country. Aine has learned that encouraging storytelling engages people with food in an emotive way, and it’s when people are feeling passionate that good work can be done. 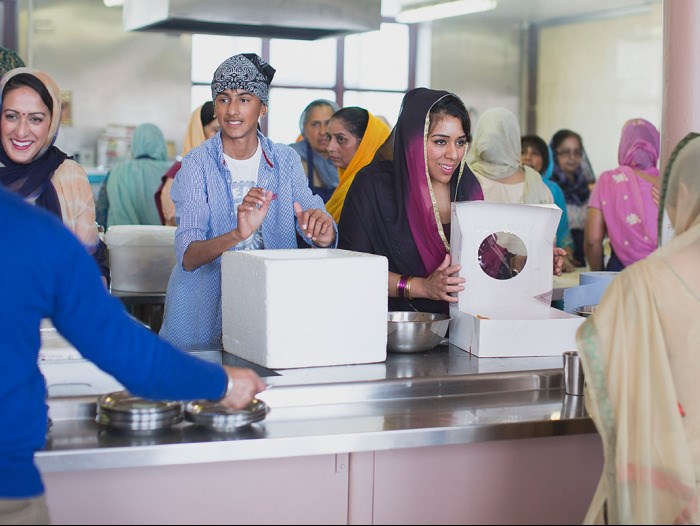 Aine adds that everyone has a different experience of food. Food is sensory, subjective, and specific to the individual. So if food is such an emotional part of life, how can we implement rational policies such as Five a Day? Bristol Food Connections see themselves as the missing piece of the puzzle.

The next Food Connections festival isn’t until 2018, but in the meantime, they’re continuing to act as a catalyst for food conversations. A highlight of their recent conference was Futerra founder Ed Gillespie asking “Can stories change the way we eat?”. From what we’ve seen so far, I’m beginning to think they can.