Helen's Notes From The Farm - Week 1

It's Lift Off At Eastbrook

This was always going to be a time of big change at Eastbrook. After years of planning, but for a host of reasons not moving forward much, it is all happening at once. And today, after a week away on Soil Association duties, has brought it home just how much our lives, and this glorious place, are changing.

So I started the day with a long, early morning walk on the downs. Striding up the rough chalk track, the little field which protects the Roman villa beneath is full of newborn triplet lambs, many of them born last night. Lambing is speeding into the fast lane; a dribble each day since last weekend, and now they are tumbling out. The triplets are often born first, and you get all the problems early on too. A couple with twin lamb disease, and two lambs taken overnight by badgers.

It is many years since we lambed on these hills. When I was a child, we always lambed here, and the old shepherds hut stands as a reminder that this was the case a hundred years ago. Now Sophie (my daughter) and Dai, her soon to be husband, have their flock lambing up here. The wheels turn, though not on the shepherd’s hut. 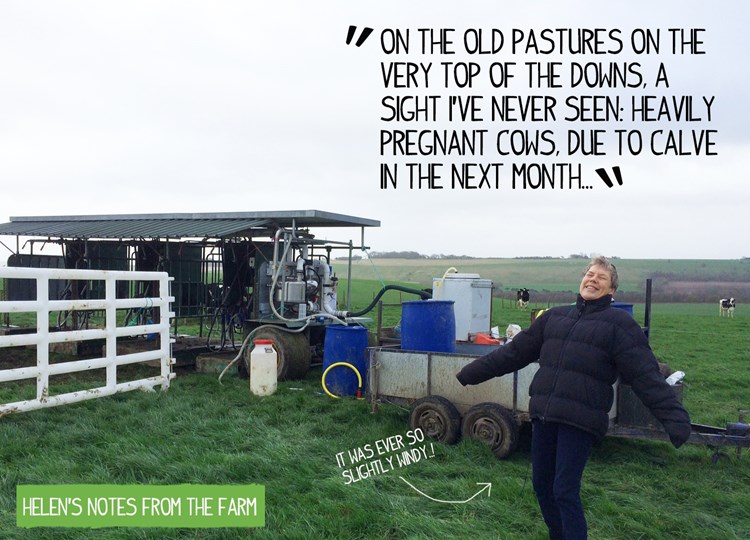 On the old pastures on the very top of the downs, a sight I’ve never seen: heavily pregnant cows, due to calve in the next month. This is the start of a new venture, again masterminded by Sophie and Dai, a spring calving dairy herd, but with a big difference. They will be milked outside in a ‘bale’, a mobile parlour that follows the herd, which follows the grass. No concentrate feed, and milking just once a day…so low yields, but low costs and no metabolic stress so fertility should be excellent. Twelve of the starting herd of eighty calved this week, and Dai has spent the week training them to the new system. I’ll go to watch tomorrow.

After a morning catching up on emails, I finally had the chance to see the progress at the Royal Oak, the pub we have run for the last ten years. We are opening twelve rooms, plus an ‘upper deck’ to the existing eating and drinking den, and we are supposed to be taking our first guests on Monday! Well, the place is looking amazing, but it’s still a building site. There must have been 20 fitters and electricians and cleaners on site today, and by Monday we’ve got to be good to go. It’s going to be a busy weekend! 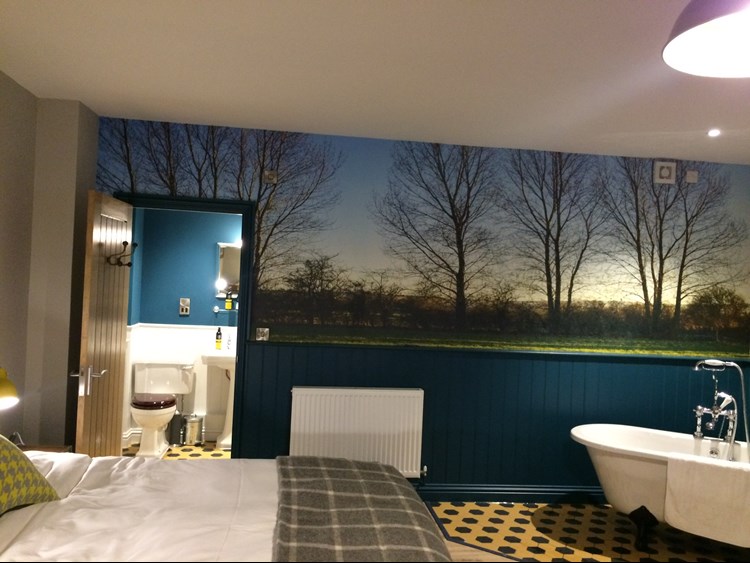 I end the day down at Lower Farm, the heavy clay farm that came to me last year. Having some land of my own (all the rest is tenanted from the Church of England) means I can finally indulge my interest in agro-forestry. Over the winter, we have deer and rabbit fenced the first block, Barn Field, and in the last few weeks Ben and his rather small team of helpers have planted that eight acres to a wondrous mix of fruits and nuts and berries. 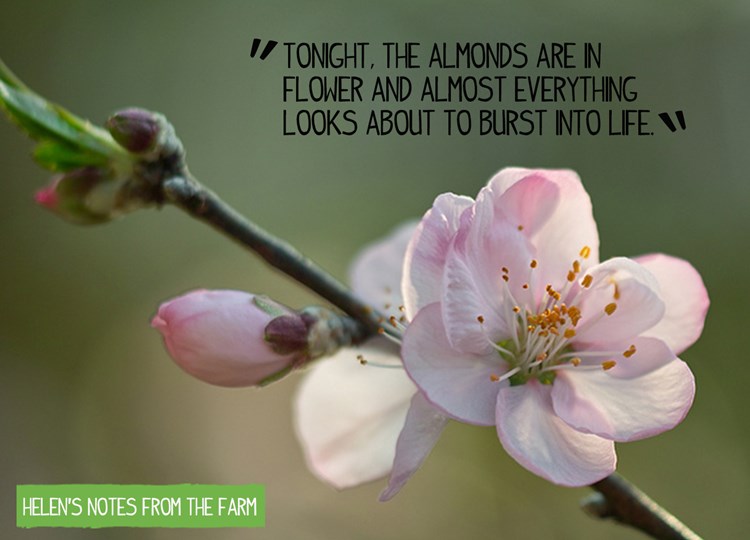 Tonight, the almonds are in flower and almost everything looks about to burst into life. It’s dusk by now, and the laying hens who are loving life in this safe haven after months of incarceration during the bird flu scare, have gone in to roost. I shut them in and steal a few eggs for supper. Then I walk down to Pump Field, a sodden 50 acres which has always felt a bit of a dour expanse. In one part of the field, Ben has been planting the Sweet Chestnuts and Perry pears, at wide 27 metre spacings. Despite the fact that the trees are swamped by their tall protective guards, the field feels altogether different. After months of worrying whether this is madness, it feels so right. 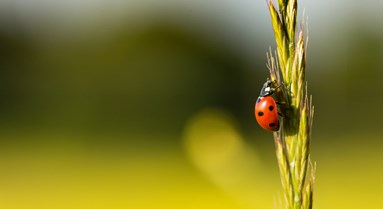 Why are insects in decline, and what can farmers do about it?

Read The Next Blog

Enjoyed reading this? Check out Helen's blog all about week two of her farm transformation.
Read Helen's Second Blog

Our members are at the heart of our work. Be part of the good food revolution by giving a regular gift from £3.50 a month.
Join today