Why Universal Free School Meals Matter Now More Than Ever.

Earlier this month, our Soil Association Food for Life programme issued its manifesto priorities. We called on the next Government to invest in child health, including through sustained investment in healthy school meals – the central plank of the Childhood Obesity Strategy, which highlighted last year that one in five children is obese by the time they leave primary school. In 2013, the School Food Plan found that the school meal system was broken. Take up of meals was low, the finances didn’t add up, and many children were failing to eat a nutritious hot lunch. The Plan found that only 1% of packed lunches were meeting nutritional standards – two thirds contained sweets, sugary drinks and crisps. The Plan, which received cross-party support upon its publication, called on schools to create an environment in which it is normal, easy and enjoyable for children to eat well.

The introduction of Universal Infant Free School Meals has helped to create such an environment, tackling the stigma attached to claiming Free School Meals, introducing a new norm of healthy eating, supporting school meal finances, and opening markets for British farmers. We’re calling on the next Government to maintain the level of investment represented by Universal Infant Free School Meals, and to avoid a return to the dark days of junk-filled packed lunches and social stigma attached to free school meals for the few. 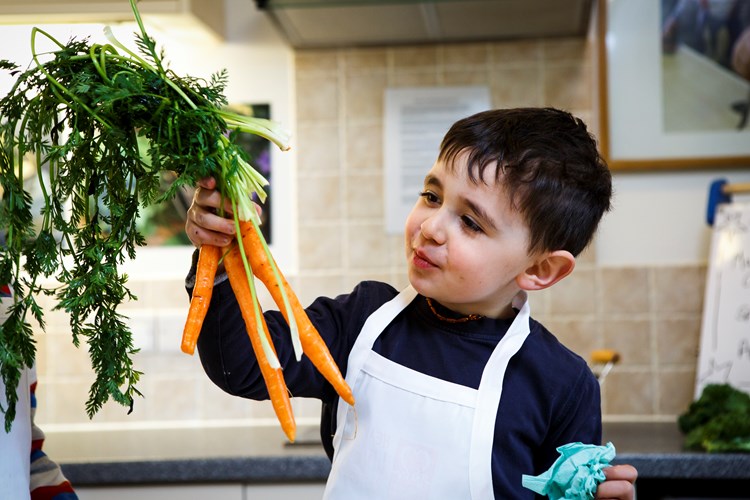 Head teachers and school cooks are working hard to provide children with nutritious meals and an environment in which they can be enjoyed – but they cannot do it alone. Government policy must support schools to prioritise healthy eating, and this means investing in high quality, healthy school lunches. The next Government should make clear that it will not tolerate the younger generation growing up with the normality of consuming unhealthy food every day or having no concept of where their food comes from.

In the run-up to the election, if a candidate or canvasser knocks on your door, you can help by asking what their food and farming priorities are on the issues that matter the most to you. If you’d like some suggestions, please have a look at our list of top Soil Association questions to ask. If you are attending a local hustings event, you could ask a food and farming question there too.