Click here for the 2019 results
Dishing up the truth: Out to Lunch league table reveals the best and worst children’s menus at UK restaurant chains

We are spoilt for choice when it comes to restaurants. But when we take our children out for dinner, it often isn’t until too late that we find out that the kid’s menu just isn’t up to scratch.

Why should I care about Out to Lunch?

Restaurants are not just serving food, they have a big role to play in influencing what children think good food looks like. It used to be that going out was seen as a treat, but research shows it is now more common with 40% of parents eating out with their kids at least once a fortnight.

Today, on World Obesity Day, the importance of children having access to healthy nutritious food is at the forefront of our mind. Which is why we chose today to ask the question: which restaurant chain has the best and worst children’s menu in the UK?

Dishing up the truth

The results are in and our Out to Lunch campaign has released a league table that ranks children’s food in 25 of the UK’s most popular restaurant chains. We can see a marked difference in high street food compared to two years ago. 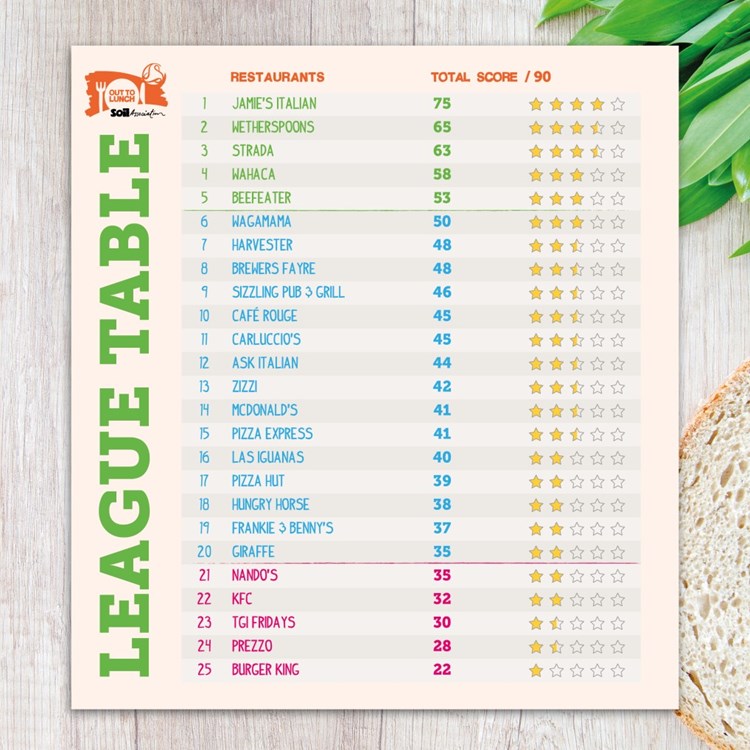 Getting our teeth into the results

Since the league table we released in 2015, several chains have significantly improved their children’s menu. 13 chains are now serving a portion of veg or salad with every meal (up from 6 chains in 2013) and 12 chains that include organic ingredients on the menu (up from 4 chains in 2013).

It’s not all good news…

The Soil Association, with an army of secret diner families and working in collaboration with TV chef and campaigner Hugh Fearnley-Whittingstall, has uncovered continuing widespread poor practice with a number of chains failing to serve fresh food or healthy choices. In fact 66% of parents say they don’t think kids’ food in restaurants is good enough.

There is still a national scandal unfolding in plain sight: The campaign found restaurants serving oversized children’s puddings – one pudding at Hungry Horse was found to include 78g of sugar, over 400% of a child’s daily sugar allowance. In fact, 75% of UK parents say they are worried by the portion size of children’s puddings when they eat out.

Hugh Fearnley-Whittingstall is filming a new BBC One series on obesity joined Out to Lunch to urge chains to take action to offer puddings and drinks in a healthier portion size and to include calorie information on the menu. In response, Pizza Hut and TGI Fridays have committed to discontinuing free refills of sugary drinks throughout their restaurants by March 2018; both chains have also committed to including calorie information on the children’s menu. Harvester, Café Rouge and TGI Fridays have committed to offering puddings in a healthier portion size by March 2018.

Out to Lunch is changing children’s food for the better.

Out to lunch is having a big impact. Rob Percival from the Soil Association said: “Thanks to our secret diner families, Out to Lunch is transforming children’s food on the high street – many restaurants are now prioritising child health and investing in healthier and more creative meal options.” Out to Lunch has improved over 70 million meals served to children this year.

The Out to Lunch campaign is calling on all high street restaurants, pubs and cafés to take seven simple steps to improve the service and food they offer children:

Find out which of the UK’s favourite restaurant chains are serving good food to children on the Out to Lunch league table.

Did you know we are a charity? And as a charity we rely on fundraising to do our vital work. We champion a world where people, farm animals and nature can thrive – and we’ve made huge steps forward working with farmers, growers and researchers to find pioneering and practical solutions to today’s farming challenges. But there’s so much more to be done. 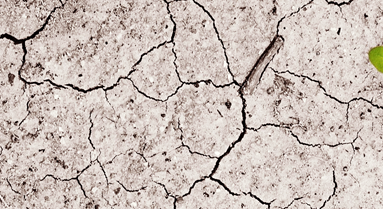 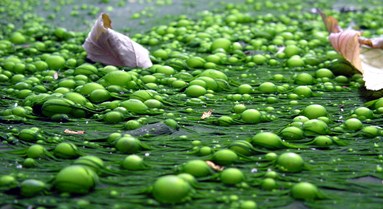 read more
Find out who has topped the Out to Lunch League table...