Animal husbandry – the practice of breeding, caring for and slaughter of animals – has been part of modern farming in many cultures since we made the transition from being hunter-gatherers. The relationship between farmers and their animals is millennia-old – with pigs first kept 7,000 BC in the Middle East and China, and cattle have been domesticated for around 10,500 years.

Over time in many cultures animals became an integral part of an agriculture system which relied on them not only for power (ploughing), meat, milk, hides and wool, but also for their waste products to fertilise crops. In this way the mixed system of agriculture was born, which was widely practiced in the UK until very recently.

Keeping animals is an important part of the system of agriculture now known in the 21st century as ‘closed loop agriculture’. The principle is that the farm recycles all nutrients and organic matter back to the soil – this preserves the nutrient and carbon levels within the soil and allows farming to be carried out on a sustainable basis using less inputs.

If the UK were to operate a largely ‘closed loop’ system, it would help tackle climate change and slow our demand on the earth’s scarce resources. However, there are huge challenges to achieving a change of this scale. 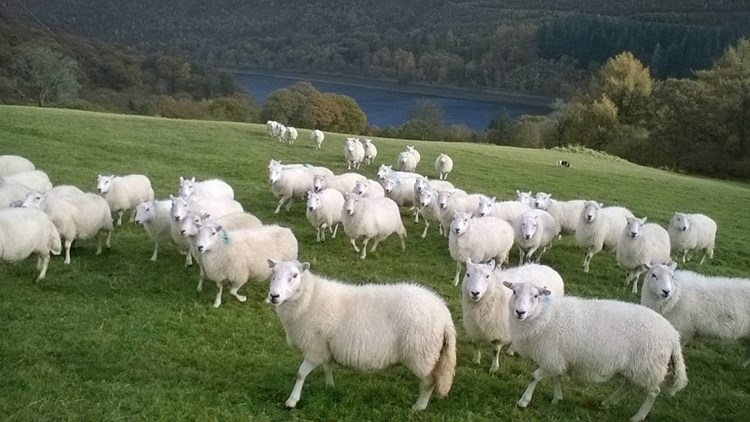 Specialisation – at what cost?

At the moment there is a huge disconnect between producers and consumers of food. Consumer tastes, an unrelenting push for cheap food, and developments in technology have driven an intensification and specialisation in farming. Some farming systems have moved towards ever more specialist farm businesses with perhaps only one enterprise. This reduces the farm’s ability to practice closed loop farming, especially where intensive livestock enterprises are the only farm enterprise. In the US over 99% of animals are now raised in intensive farms. Mixed farms are in decline across the whole of the UK, which is exacerbating the challenges we now face with soil degradation and loss of biodiversity on our farms. Changes to farm systems can have great benefits through, for example, reintroducing grazing livestock to an arable farm would require the creation of grass leys which in turn would improve soil structure and soil organic matter.

The huge benefits of closed loop agriculture sound like a no brainer! But there are two significant challenges. Firstly grazing livestock has been and continues to be relatively unprofitable, hence its decline, and secondly any increase overall in livestock production needs to be avoided if we are to reduce the overall greenhouse gas emissions from agriculture. Globally the food system is responsible for up to 1/3 of the world’s greenhouse gas emissions.

The Soil Association advocates a ‘less but better approach’ to eating meat and dairy. But managed in balance livestock can be an important part of closed loop farming. Organic livestock production, with its emphasis on more extensive methods of production and providing a ‘good life’ with the highest standards of animal welfare, is much closer to being “closed loop” compared to intensive production systems. Livestock grazing supports soil health and carbon sequestration, and livestock manures provide soil fertility for other crops. There are benefits for human health too, with foods from grazed animals containing higher levels of essential fatty acids for human health.

It is clear, that if we are to achieve the ambitious transformation of UK land management envisioned by Government, changes such as tinkering with field margins and introducing more buffer strips will not deliver what’s required to protect and enhance our natural environment and enable us to meet our greenhouse gas reduction targets. Systemic change is required to our farming systems, which will not only mean a change in the balance of crops and livestock production but significant change from us as consumers too. 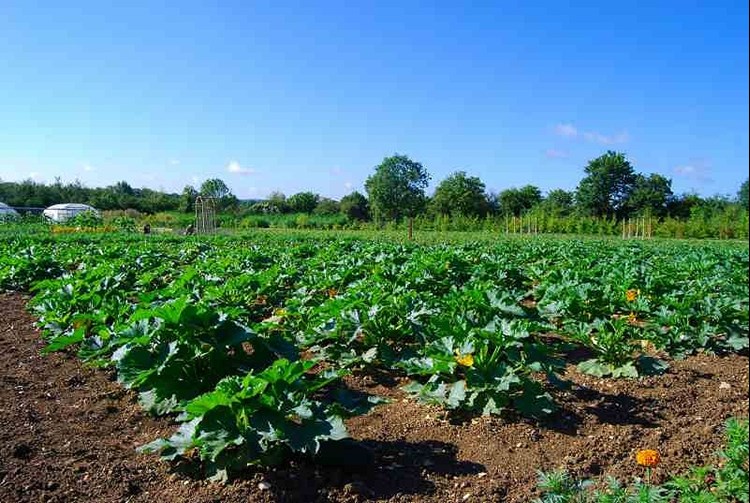 There will need to be an overall reduction in all livestock and a change towards growing more leguminous crops for human consumption. Without this change truly closed loop farming cannot work. This will mean consumers will have to change eating habits. By choosing organic food you are already supporting a system which is more “closed loop” than any other system of production practiced widely in the UK.

If the UK is to be able to practice closed-loop agriculture we will also need to urgently address food waste. Our unconsumed food and drink is generally not recycled and ends up in land fill, polluting the air with methane and precious organic matter not available for future crop growing. We throw away over 7 million tonnes of food and drink annually – more than our own body weight. Food which a farmer will have worked hard to grow and used land, fertiliser and feed to produce.

We will also need to return more of our human waste to land as fertilisers. As humans we produce enough nitrogen to grow 1.3 million ha feed wheat or to fertilise 20% of the UK cropping area if that nitrogen was captured and re-used. To practice closed loop farming this source of nutrient needs to be recycled to the land it came from.

It’s seems like a huge challenge – but if we begin to address these issues we will have a chance to start to ‘close the loop’ for farming, reducing our impact on the earth and helping to tackle climate change. And in doing so ensure that our farm animals are kept in a system which respects their right to live the most natural life possible with the highest standards of welfare.