There are many inspiring women in the organic movement including Lady Eve Balfour, Rachel Carson and our very own CEO Helen Browning.

To celebrate International Women's Day, Helen tells us about her life as a female farmer; from the very beginnings to her role now as a figurehead for the organic movement. 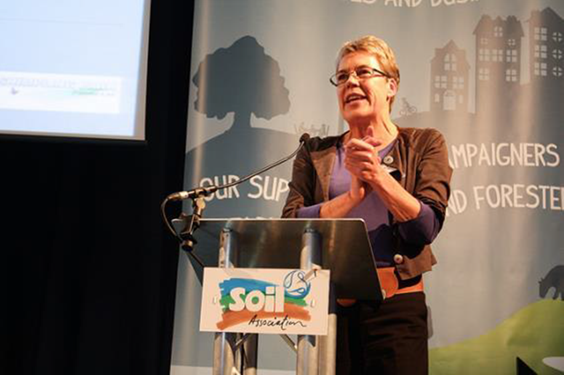 Girls can be farmers too

I have been so lucky. I always wanted to farm; not least to show that girls could, at a time when few did. Women have always played crucial roles on farms, of course, but rarely were given credit, or their name over the door. I had the amazing role models of my great aunts who lived and farmed together after the war, and who seemed to have more fun and freedom than the more conventional and married women in my young life.

I spent my childhood tagging around after Dad, on the farm and in markets, and catching rabbits and rats with my brother for pocket money. I had the opportunity to farm, which so few have, so that was the first part of my luck. Then Dad gave me full control of the business when I was only 24, fresh out of agricultural college. What an extraordinary thing to do, especially as I was already set to kick over the traces.

From my early teens, I had been disturbed by the way wildlife on the farm was vanishing. I was embarrassed by the disparity between our lives and those of farm staff. I was outraged by the abuse of pigs and poultry in the supposedly ‘state of the art’ units that we were taken to as part of my degree. I wanted to do things differently, from so many angles, and organic farming was the road I chose. 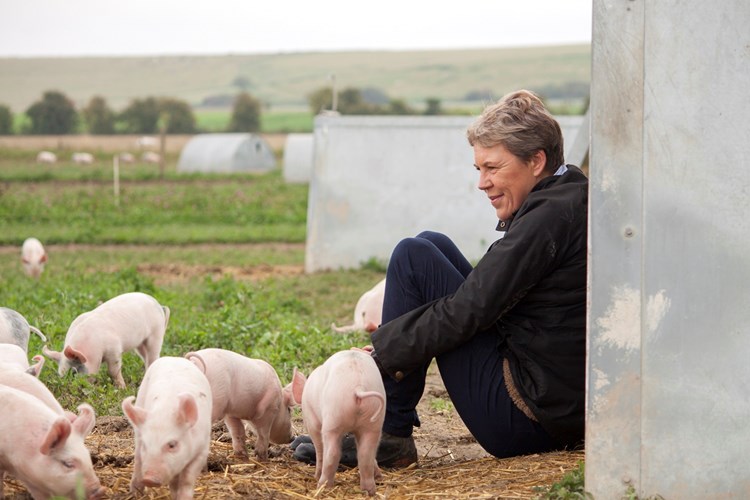 The road to Organic

As part of my ‘industrial placement’ I spent a year in the ADAS Soils team. I was the research student on the first government-funded trial which looked at the differences between organic and ‘conventional’ farming systems. I learned more that year than during the whole of my degree, knowledge that should have been a core part of my agricultural education but wasn’t. Would it be now, I wonder? I fear not for the most part.

When I took over the running of the farm, I was keen to continue my organic experimenting. Not because I was convinced it was the entire solution, but because learning to farm without all the inputs which agricultural sales reps were trying to convince me the farm needed, seemed like a sensible place to start. It would stretch me, like an athlete deciding to see how fast she can run without the drugs.

Another strong driver for me was independence, as a woman and as a farmer. Not ‘independence’ as proud isolation, but a desire not to be just a cog in someone else’s wheel. I didn't want to rely on global commodity markets, or CAP support, which I assumed would soon go anyway.

So, it wasn’t just about farming; we had to find ways to sell things too.  Organic cereals were always in demand but the market for organic dairy and meat was fairly non-existent in the 1980s. So that’s where we largely concentrated our efforts.

We have sold our wares in just about every way possible over the decades. We’ve run butchers’ shops; started a mail-order business in the late 80s, far too ahead of its time; we concentrated for quite a while on independent shops and restaurants, until our financial reporting caught up with our entrepreneurial enthusiasm. We helped start a meat co-op; undertook an ambitious joint venture; sold burgers and bacon butties through a small fleet of vans at music and sporting events. We’ve run factories, until we realised we were terrible at it; exported and worked with overseas partners and taken on our village pub. We’ve had good spells financially and appalling ones, the latter often triggered by animal disease: foot and mouth nearly finished us off, twice.

Through it all, we stuck to our guns on organic farming, and to selling as much as we could under our own brand “Helen Browning’s Organic”. My partner, Tim, joined the business and was convinced that my name needed to be on the product. So it has been for over 20 years. I’m just getting used to it!

We ‘refreshed’ the brand last year, which led to a (thankfully short) period of navel-gazing about what we stood for. There are many aspects of course. We landed on the old adage that I had quoted far too often over the years, which sums up our take on life… ‘Live as though you will die tomorrow, farm as though you will live forever’. Despite the worries of our own little world, or far more importantly, the crises facing mankind, I find it impossible not to revel in every day spent on this extraordinary planet. The joy of being on the land, the fun to be had with family and friends, or just alone, walking the farm. ‘Live for today, farm for tomorrow’. 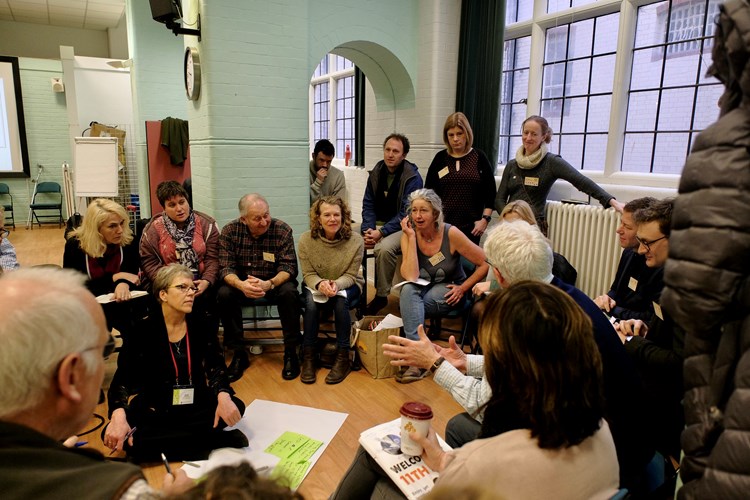 (C) Hugh Warwick for the ORFC20

Being a young female, doing something different in farming and marketing, and having to make it all work commercially, meant I was invited into the world of agri-politics very quickly too. I have been fortunate to have the chance to sit on commissions and committees, to learn something about how the wider world works and bring my practical experience to the table. This led to my life with the Soil Association where I have been CEO for the last nine years, and in various roles before that over the last 30 years. It seems I can’t stay away for long; we grapple with the crucial issues of our time, finding solutions that bridge across farming, environment, forestry, food and health. We seek the balance that is often missing polarised debates.

This is a very full-time role so life can be a bit of a juggling act. Luckily, I have amazing people everywhere around me, at the Soil Association and at home where my wonderful daughter and son-in-law are now involved in the family business. We have established a new dairy and continue to manage our mini hotel/dining pub on the farm and our restaurant in Swindon. We are trialling a new wildlife photography and ‘Eastbrook Experiences’ enterprise to keep hotel guests and others entertained. And in the last few years, I have been able to indulge my latent interest in trees and agroforestry, on a bit of land that I now own. We have nuts, top and soft fruit, and Perry Pears on a larger scale, with livestock grazing between the rows. 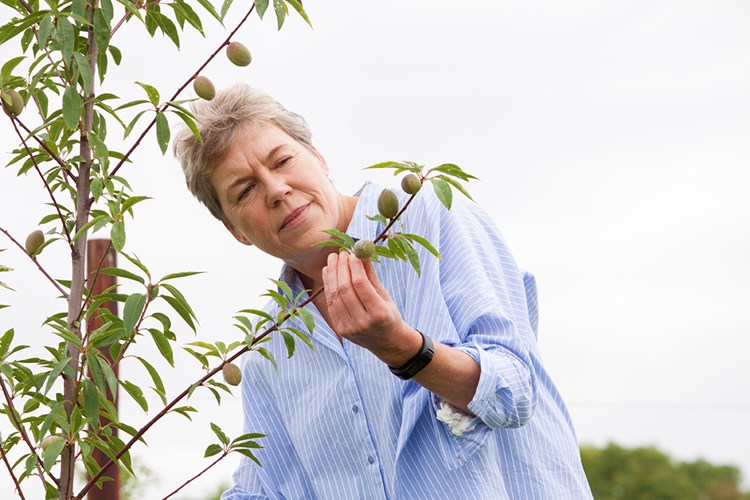 A look to the future

So, what to take from all this madness? It’s messy, erratically profitable and unprofitable, sometimes it seems miraculous that we have survived so far. It's not a success in the usual sense of the word. But survival is itself a success in the farming and food world. For me, success is about the number of people our land and business sustain, the community we create, the fun we have (alongside some tears!). It’s about the wildlife returning, piglets playing, people walking the farm and loving it almost as much as I do. It’s about planting trees that I will never see mature, preparing the way for the next generation and creating a special place which may inspire others. It’s about doing the best we can with the gifts we are given.

Helen has been a pioneer in the organic sector and provided a strong vision and leadership as our CEO for the past nine years. Behind her, she leaves very muddy footsteps for other young entrepreneurial farmers to follow. Despite her very full-time role here, Helen continues to have a very hands-on role as an organic farmer in Wiltshire, an experience she has passionately documented in her book, PIG.