How can the Environment Bill help tackle deforestation?

How can the Environment Bill help tackle deforestation?

The Environment has its third reading in parliament today. In part, the Bill aims to tackle deforestation in UK supply chains, via a clause which the government has introduced which places legal restrictions on the purchase of the commodities most likely to be contributing to deforestation - 'forest risk commodities'. Will this clause make any difference?

The commodity in this category that you’ve probably consumed in the greatest volume – perhaps unknowingly – is soya. The average person in the UK and Europe consumes roughly 60 kilograms of soya each year. I'm not talking about soya consumed as tofu or ‘soya milk’, but soya consumed in the form of animal products such as chicken, pork, salmon, cheese, milk and eggs. How? The UK imports around 3 million tonnes each year, mostly as feed for chickens and pigs, and less than 30% is certified as sustainable.

Roughly two-thirds of these imports arrive from the Americas, where soya production is known to be contributing to environmental degradation. Soya fields have replaced much of the Cerrado savannah in Brazil – home to unique animals such as the jaguar, giant anteater and tapir – while contributing to the disappearance of most of the Chaco in Argentina, large areas of the Amazon, and parts of the Atlantic Forest in Brazil and Paraguay. As global demand for grain-fed meat grows, this frontier of destruction is expanding further into ecologically important areas.

So why don’t farmers just purchase more sustainable soya? Well, it isn’t quite that simple. Supply chains are highly consolidated, with soya imports channeled through opaque multinationals such as Cargill, which supplies 70 percent of UK imports from Brazil. Cargill has been accused of involvement in deforestation and human rights abuses (charges they dispute). Despite pressure from UK farmers and retailers, they have resisted committing to robust zero deforestation policies.

To help address the issue, the government has introduced a clause into the Environment Bill – in Parliament today – which places legal restrictions on the purchase of the commodities most likely to be contributing to deforestation. The clause is welcome and signals genuine ambition, but it must be strengthened if it is to be effective. Soya is a ‘forest risk commodity’ as defined in the Bill, but there are other ‘high nature value’ landscapes at risk, not only forested and tree-covered areas.

The clause also places too much emphasis on the local legal context. If soya has been produced in accordance with local laws, the clause says, then this soya is sustainable. This seems reasonable, but a sizable percentage of soya contributing to deforestation and land degradation is understood to be ‘legally’ produced. Local laws have proven to be too loose or inadequately implemented. The Bill therefore only partly addresses the issue. 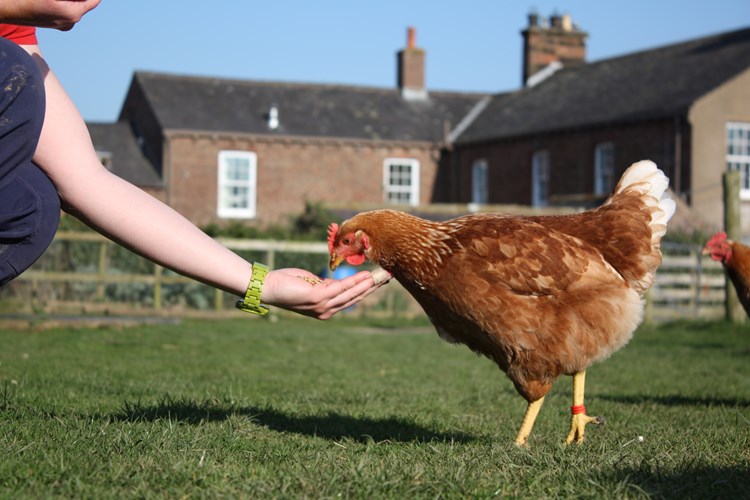 If all our soya was sustainably sourced, would that resolve the deforestation issue? Again, it’s not that straightforward, for the scale of demand would still be problematic. An area approaching the size of Wales is needed to provide soya for the UK’s farm animals, the equivalent of a tennis court per person. With UK consumption of grain-fed meat roughly double the global average, and global demand rising sharply, there simply isn’t enough land available to sustain our collective dietary trajectory. Ultimately, we will need to eat differently, adopting healthier and more sustainable diets.

In coming months, the Soil Association will be launching a new campaign, Food not Feed, looking at these issues and their solutions. We will be exploring alternative protein feeds for animals, and the potential for these to be sustainably produced. We will be highlighting the importance of dietary change – towards more and better plants, and the meat produced by an agroecological farming system – and the policy levers that might elicit such a change. We will be speaking to producers and actors across the supply chain, mapping out the transition to a more nature-friendly future.

And we will be highlighting the solutions at the government’s fingertips. With the UK hosting COP26 later in the year, it’s essential that the government display true leadership. The opportunity begins today. The clause in the Environment Bill must be tightened, and ambitions raised.

To keep on top of our policy influencing work, and be the first to hear about upcoming campaigns we are launching, please sign up for the Soil Association newsletter.