If we are to achieve a ‘ten-year transition to agroecology’ in the UK, one thing is clear. Farmers and growers need empowerment - they need control over the way agricultural innovation is done.

For too long, innovation has been in the hands of those with a vested interest in selling products, which has allowed a small number of companies to make a lot of money from intensive farming while farmers and wildlife foot the bill.

By setting up Innovative Farmers in 2012 we demonstrated that when given just a small amount of support, farmers can make radical changes on their farms. Working alongside the research community they can get the evidence and confidence to invest in innovations that build nature into their farm and reduce artificial chemicals whilst also saving money.

Demonstrating the impact of Innovative Farmers

Now in its 10th year, the Innovative Farmers network is celebrating the success of more than 120 field labs that have placed farmers in the driving seat of agricultural research, with the network connected with around 12,000 UK farmers. A decade of field trials has shown that farmer-led research could improve the health of thousands of animals, eliminate tonnes of harmful chemicals, and save the farming industry millions of pounds.

From the outset, the network has enabled farmers to investigate solutions to their own challenges, on their own farms. It also provides open access to trial designs and findings through its website, newsletters, and social media channels, so that other farmers benefit from the research in the UK and further afield.

Results from the last 10 years have shown that putting farmers at the centre of scientific trials like this bolsters research into sustainability and sparks positive change on farms, with the model garnering interest globally. 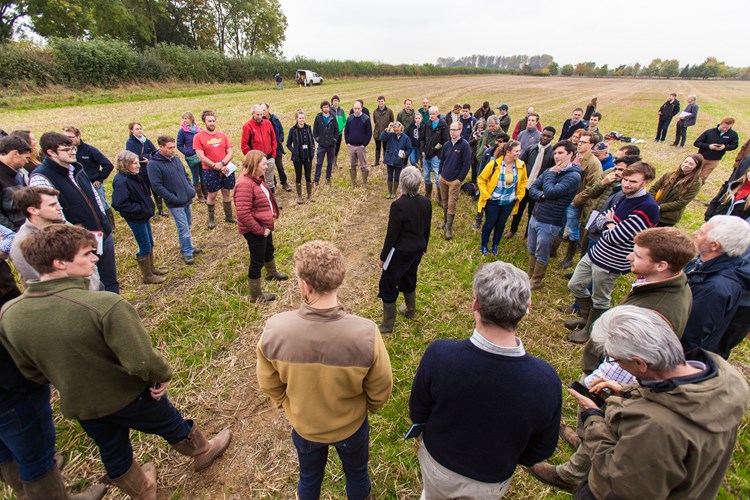 Voices from the network

Our Chief Executive, Helen Browning, said: “In a decade we have catapulted the notion of farmer-led innovation into the mainstream in the UK. The model has been a real game-changer in showcasing how farm trials can lead the way in tackling important issues. It has created a true community that would not have been possible without the creativity, determination and collaborative spirit of the hundreds of farmers and researchers who have dedicated their time and resources to explore new ideas.

“With half of surveyed farmers saying they made changes to their farming practices because of field labs, and the majority saying they had learned something new, we know that farmer-led research is crucial to sustainable farming."

“Farming is facing mounting pressures as the climate, nature and health crises demand more from farmers and land managers. We must find solutions today to some of the greatest problems facing agriculture. Innovative Farmers has had great success so far – now we need more government investment for farmer-led research on a larger scale, to help us speed up the adoption of innovative, sustainable practices.”

Mark Lea, Green Acres Farm, took part in the intercropping field lab, and is now working with Innovative Farmers to trial growing a permanent living mulch as an understory for his crops. He said: “Having researchers to come and measure has been a game changer. Before being involved in field labs I wouldn’t have really measured anything. I would have just looked at the crop and I’d be going on gut feeling. Now we’re working with a lot more precision, and this helps us develop our understanding and also allows us to share that understanding with other farmers.”

Dr Belinda Clarke, Director, Agri-TechE, has worked with Innovative Farmers from the researcher side on several field labs, including one assessing how best to use anaerobic digestate as an alternative to nitrogen fertiliser and is a member of the steering group.

She champions the importance of farmers for scientific research, saying: “Before Innovative Farmers there just wasn’t as much opportunity for the proactive engagement of farmers in research projects that I think is necessary. Over the last decade I have seen time and time again the benefit of researchers talking to end users to get a steer about where their research should be going. Farmers are natural innovators and Innovative Farmers has shown in spades how modest amounts of money are really having a catalytic effect when it comes to changing UK agriculture for the better.”

Why farmer-led research can change agriculture 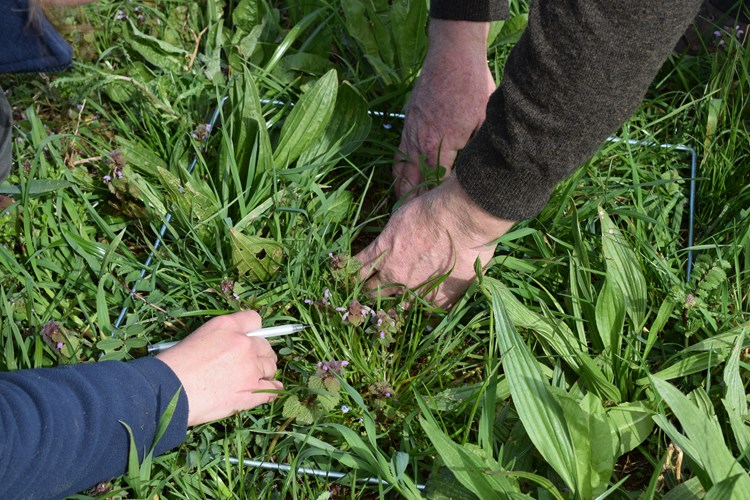 To mark the 10th anniversary, we have calculated the benefits that could be delivered if some key field labs were scaled up to more farms across the country:

Get involved in the farmer-led network

Any farmer interested in improving the sustainability of their farm can get involved with Innovative Farmers field labs and ideas for field labs are welcome from farmers, researchers or organisations working with and supporting farmers.

Sign up to Innovative Farmers and receive a monthly newsletter with opportunities to get involved in the farmer-led research network.

Run by the Soil Association, Innovative Farmers is part of the Duchy Future Farming Programme, funded by the Prince of Wales’s Charitable Fund through the sales of Waitrose Duchy Organic products.

Innovative Farmers Marketing Manager - Dan’s role is to communicate the stories coming out of the farming projects run by the Soil Association farming team including Innovative Farmers' field labs. He can be found talking to farmers; on the phone, in the field and on twitter, making sure their perspectives are captured. He also harvests the results coming out of the Innovative Farmer network and makes sure they’re accessible for everyone to benefit from. Dan spent 2 years working on organic market gardens in British Colombia. Previously he spent 5 years as a food sovereignty campaigner where he helped organise the national food sovereignty gathering. He is passionate about building agroecological farming systems and is currently entertaining a dream of starting a small-scale farm himself.

Technical information for farmers and growers