Can organic and regenerative co-exist?

When it comes to regenerative agriculture, enthusiasm and confusion seem to be increasing in equal measure.

Enthusiasm, because what’s not to love about a way of working with the land that claims to lock carbon in the soil, and work with people and planet in mind? Confusion because in reality, ‘regenerative’ is subject to wide-ranging interpretations. It’s a term that could equally mean tokenistic changes to business as usual, or a wholesale shift in farming practices that will result in restored ecosystems and sustainable livelihoods.

For those of us within the organic movement, it’s equally a moment of celebration and trepidation.

Celebration, because the word regenerative is reaching new ears, and if taken seriously and executed properly, it could result in the very same principles and practices that underpin the organic movement, being brought to life. If regenerative helps move our food system in a positive direction for climate and nature, then that’s clearly an excellent result. To that point, there is also trepidation, because if regenerative fails to live up to its most ambitious and progressive claims, it risks distracting the world from the real solutions at a moment in history when we have no time to waste.

If we were to put the organic label to the side for a moment, with organic and regenerative, we’d see a group of farmers and growers, with a shared set of principles, striving for a food system which benefits the world around them. The hope is that the regenerative movement helps achieve this goal, rather than hinders it. Those who are serious about ‘regenerative’ living up to its true promise tend to be aligned with the organic movement and are often some of organic’s greatest supporters.

The term ‘regenerative’ was first coined in the US by an organic pioneer – Robert Rodale. Regeneration International was set up by Andre Leu – the former president of IFOAM Organics International, which is the umbrella organisation for the worldwide organic movement. Some of the newly emerging academic studies of regenerative farming are being carried out on farms that are already certified organic and being farmed by organic farmers who have a passion for innovation and experimentation. If you read the definition of organic agriculture, it’s so closely aligned with the best of regenerative that they’re virtually synonymous 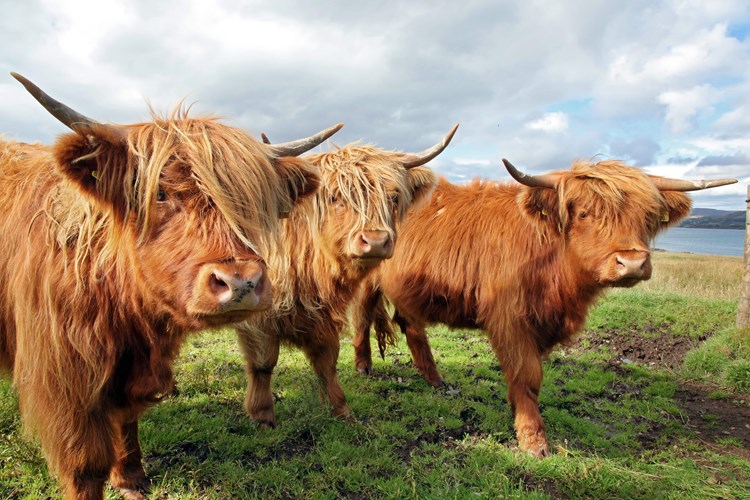 With a common set of principles and goals, what separates organic from regenerative?

Broadly, this might simply be about optics. For a non-organic farmer who believes in the principles of regenerative, they might see organic standards and regulations as restrictive and prohibitive. For those within the organic movement these same standards and regulations are seen as a floor not a ceiling, and a useful tool to help differentiate themselves in the market. But even at the entry level, organic takes a systems-based approach that works within natural cycles – you can’t sustain it and you’re unlikely to keep your certification unless you can do this.

For example, organic farmers must find natural ways to build soil fertility and manage pests and diseases because they’re not allowed to fall back on short-cuts such as artificial fertilisers or routine use of antibiotics to maintain soil and animal health respectively. The standards are a baseline (albeit a high one) – they ensure that there is a consistency to what someone can expect as a minimum when they see something is certified organic. In reality, many organic farms and businesses will naturally go above and beyond these baseline standards.

For a farm starting from scratch, going organic can be hard and can take years. Regenerative offers an opportunity for farmers to work to organic principles straight away. Perhaps the steady adoption of regenerative practices might act as a gateway to an organic whole-system approach. The logical next step might be to gain organic certification to benefit from the market opportunity and established consumer trust.

With complementary principles and end goals underpinning both organic and regenerative, how can both co-exist without duplicating efforts?

When organic standards and regulations don’t fully reflect organic principles, there’s always room for improvement. Nowhere is this more evident than in the United States where their National Organic Program has deviated so much from the vision of the organic movement that it’s led to a splintering of the movement there. It’s also one of the reasons that regenerative has emerged out of the US context because organic regulation stopped going far enough.

Fortunately for European consumers, the rules are much stronger here. At the Soil Association we work tirelessly behind the scenes to help those writing the rules to keep the laws that govern the marketing of organic products as close to the organic principles as possible. But sometimes, legal and political compromises mean that organic rules don’t go as far as they should – as we see in the States. This is one of the key reasons the Soil Association has always had our own higher standards that go above and beyond the law. Everyone certified to the SA standards not only has to meet the baseline law, but they also must meet additional requirements in important areas like animal welfare and packaging. If the law gets weakened, our Standards can ensure that not only consumer expectations are consistently safeguarded, but that important issues are being addressed and positive impacts are continuing. They’re an important backstop that helps ensure the organic market is generally led by the movement, not the other way around.

Regenerative schemes and initiatives can play a pivotal role in making the shifts that we need to see in our food and farming systems.

There are several ‘regenerative’ standards emerging. We’re poised to see if these developing standards offer anything new to organic which might then inspire standards and laws to be progressed further, including our own. As I mentioned earlier, a key trait of the organic movement is continual research, innovation, and development. Those practicing regenerative farming can add to this aspiration to improve the food systems as a whole.

Consumers want products which come from systems that are tackling climate change, boosting biodiversity, and nurturing soil health. How can both regenerative and organic farmers build trust with an informed and sceptical modern-day consumer?

It’s often argued that the term regenerative should just become regulated so it can be traded on the market. One might argue that truly regenerative systems already have a market mechanism to support them - through organic certification. But for various reasons this may not be viable for everyone. For those not ready to go the whole hog with organic certification, there are other ways that farmers could be supported to start on a regenerative pathway such as through progressive government support mechanisms such as the Environmental Land Management schemes (whose future is currently hanging in the balance) and with the help of new and exciting initiatives to measure and monitor key metrics on all farms, like Soil Association Exchange. 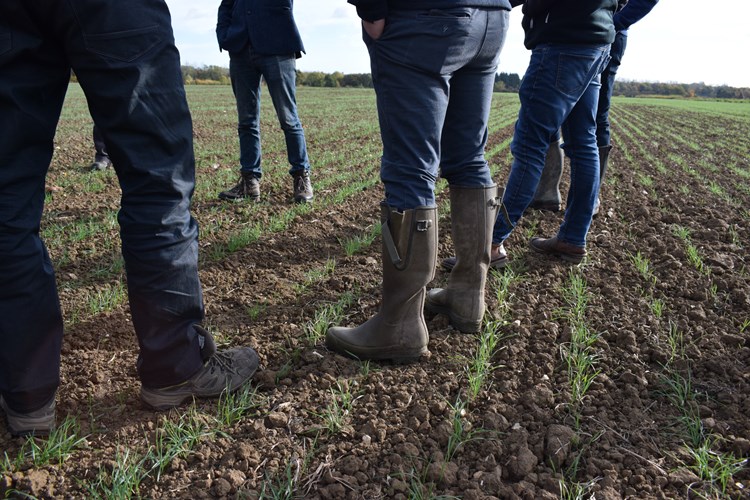 There is a culture of innovation and continuous improvement in both regenerative and organic. Can combining efforts be a win win for everyone at a global scale?

I’ve recently returned from the International Organic Expo in Goesan, South Korea. The expo was held alongside the ISOFAR conference which brought together academics, scientists and researchers from around the world at the forefront of organic research and innovation. It was a rich opportunity for knowledge exchange and problem solving. Meanwhile I attended the IFOAM Organics International 50th Anniversary conference where we heard from INOFO – the Inter-continental Network of Organic Farming Organisations – a farmer-led branch of IFOAM that links around 2.5 million farming families around the world to discuss practices and challenges and celebrate successes. It represents the rich diversity of the grass-roots organic movement and puts the voice of the farmer at the centre. Closer to home, Innovative Farmers brings together regenerative and organic farmers looking at ways to address challenges and develop shared solutions.

My trip to the IFOAM conference was also a contrasting reminder of how challenged and structurally disadvantaged the organic sector is in the UK. In Asia, local governments are queuing up to support organic farmers and the growth of the organic market and movement, because they recognise the pivotal role organic plays in addressing the climate, nature and health emergencies that we face. I was also reminded that globally the FAO, World Food Security Committee, World Food Programme, IUCN, and the UN Climate Panel IPCC have recognised organic farming and agroecology as part of the solution to these crises for people and our planet. It’s given me renewed commitment and enthusiasm to help revive the richness of the organic movement in our country, taking heart in how cutting-edge yet rooted in values organic remains. Whilst we often like to think of the UK as world-leading in many respects, when it comes to organic we’re lagging behind across the board - in terms of certified organic land area, market share of organic products, government support, and citizen engagement.

The growing interest for regenerative might offer an opportunity to address this, by starting from the ground up and joining forces to bring shared ideals and a radical appetite for change to the forefront. This starts by recognising that regenerative is most meaningful when it’s alongside organic.

On a practical level today, if policymakers, businesses, citizens and consumers want to show their support for the best of regenerative agriculture, I would confidently say that the easiest way to do so is by going organic.

Sarah oversees the work of our Standards team and works closely with the international organic community. She is particularly involved with IFOAM – the umbrella organisation for the organic movement – where she is a member of the World Board and also chairs the IFOAM Organics Europe’s Interest Group of Organic Processors and Traders. With over 15 years’ experience in the organic sector, she has detailed knowledge on a range of topics from GM to regulation and social justice. Sarah is passionate about convening and collaborating with a wide range of stakeholders across the globe in order to support and develop the organic movement.