More can be done

More 'can' be done

“Is canned ready for an organic market?" asks this week’s The Grocer magazine. I’m intrigued by this question - the headline for an article that I take to mean “are non-organic brands and retailers missing a trick?”

It’s obvious that a sizeable number of organic players certainly aren’t, with Whole Earth, Mr Organic and Epicure rightly identified among those leading the field. Joined by some conspicuous others, including Heinz, Suma, Tarantella and Biona, organic-in-a-tin is already doing rather well. In fact, the canned and packaged category has been a considerable success story over the last five years, adding over £80m in value in that period, while canned vegetables grew 16% year on year to the end of June 2018. Own-label has also played its part in this growth, with many of the multiples offering a number of organic SKU’s at RRP’s not dissimilar to non-organic, albeit of the rather obvious tomato, beans and pulse variety!

Admittedly, the point here is not to reflect on performance to-date, but to consider potential for future growth. So what prospects are there for the practical and eminently recyclable tin? The article quite rightly homes in on the alignment between emerging consumer demands and some of the attributes associated with the format that we may have taken for granted.

Organic is in good growth, not simply because consumers want everything to be fresh and nutritious, but other factors such as convenience, a 'clean' declaration and assurance around product integrity are all becoming increasingly important. Not only does the humble tin offer readily recyclable packaging, but with an airtight seal to help guard against contamination, steel cans are strong, tamper resistant and - it’s claimed -  can rival fresh and frozen in terms of nutritional benefits. Throw in the recent attention packaging has received and it's easy to see why cans tick a lot of boxes for the conscious consumer. Zoom out, look at the bigger picture and it’s clear that the can could have a role to play, taking on some other bigger issues too.

Back in 2012, a German pensioner reported opened – and consumed - a 64 year old tin of lard (rediscovered after being hidden back in the 40’s for a rainy day). Apparently, Mr Feldmier suffered no immediate ill effects, his lard having been given the all-clear by the local lab. I doubt most manufacturers would go out on a limb with a 60 year Best Before date, but it’s an astonishing testament to the shelf life achievable with tinned food. And with 22% of food wasted between farmer and consumer, anything that can help reduce food waste is good news.

Extending the life of foods and reducing food waste is important to the organic sector for several reasons: firstly, although proven to catch up in time, when compared with chemical agriculture, organic farming does have to contend with lower yields. Wide adoption of organic agriculture isn’t necessarily a problem for the world, provided we can adjust our diet to be less meat based, and of course, tackle food wastage.

With their extra-long shelf life, tins could also offer a route to market for organic food that, although not actually wasted, doesn’t always find its way to market as ‘organic’ (an issue highlighted in our 2017 Supply Chain Challenges & Opportunities Report). This is a big challenge for the organic meat sector, where demand for organic steaks and other prime cuts appears to out-strip that of other cuts. Consequently, organic farmers see lower demand for forequarters and face the prospect of organic meat going into non-organic chains. This, of course, adds cost to organic meat.

“At Coombe Farm Organic, we were really struggling to balance our beef carcasses when it came to silverside. It was becoming an issue and we had over 250kg in the freezer at one point."

It was during a trip to a food festival, that Ben discovered that biltong was really growing in popularity:

“It’s easy to produce and could be stored ambiently; it was a no brainer – and we actually sell out of biltong now, as we don’t have enough silverside to keep up with demand!”

Could such lateral thinking about product format and utilisation be applied to meat in other ways? Given that consumers are increasingly concerned about additives, origin and welfare standards, it's no surprise that tinned meat has declined in popularity. Perhaps the assurances delivered by organic status could present an opportunity to turn tinned meat around?

In the end, it might be a struggle to get organic spam to appeal, even with additional assurances, but let’s not forget that outside the UK, different perceptions of these products exist. SPAM for example, is highly sought after in South Korea, where the revered status of the product dates back to the 1950s, when U.S. soldiers introduced it on the peninsula during the Korean War. Sales of this frequently gifted product grew by 30% from 2010-2015 in this market, which, coincidently, is also an import/export market for UK organic products.

Whatever manufacturers and brands might want to send to the cannery, the organic tinned meat category feels a little unloved. Up to now, we may have potentially under-appreciated just how much canned goods have to offer the consumer. With a bit of innovation and lateral thinking, there could be yet more growth potential for organic products in this category.

Sustainability and organic: joining the dots... 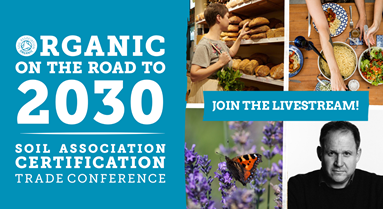