Mediation in Farming Disputes: Look After the Good Stuff

Look After the Good Stuff

Katie Alsop is an agricultural disputes solicitor. We asked her to explain the process of mediation in farming disputes.

Disputes in relation to agriculture and farming can take various forms. For example, there may be a dispute over a contract with a supplier or a claim against a professional advisor, such as a rural surveyor, who may have failed to meet the standard which was expected of them.  Alternatively, there may be a dispute within the family unit, potentially arising out of someone passing away or a relationship having broken down.  The types of agricultural dispute that can arise are wide ranging but the agricultural background remains the same and must be taken into consideration by your advisor at all times.

Either during or before pursuing an agricultural dispute through the Courts, the parties must consider engaging in alternative dispute resolution.  There are various methods of alternative dispute resolution available including arbitration, expert determination and mediation.  It is not unusual for farmer/supplier or indeed any contracts to require disputes to be arbitrated in accordance with the terms of that contract and you must always check the provisions of any contract in the event a dispute arises so that it can be dealt with in the correct manner.  Ordinarily, contracts also state the particular Court which will govern the matter and the law which will apply to the contract, for example English law in the Courts of England and Wales.

If a dispute arises in your farming business where there are no prescriptive terms governing the way in which the dispute must be dealt with, mediation can be considered as a method of alternative dispute resolution.  Mediation is becoming increasingly popular when dealing with disputes arising in an agricultural setting. This is because it allows the parties to be creative with the way in which they achieve a resolution.  The Court, although it can decide who is the “winner” and who is the “loser”, is constrained to dealing with the specific facts of the case which have been set out on the Claim Form, and is only able to provide specific remedies.  This is often financial redress or a declaration as to ownership.  It is in the Court’s hands as to how it might assess any quantum which the “winner” should receive and the Court will then deal with the issue of costs, over which it usually has discretion to act as it sees fit taking into account various factors.

At mediation, it is possible to deal with all matters which are associated with the dispute which might not have necessarily been included within the Claim Form (if the claim has been issued).  This could include seeking an apology from someone, dealing with other family issues which have arisen and are causing concerns or allowing the parties to meet with one another to address their issues, in a controlled environment, without a third party imposing any judgment.

By way of example, if someone had not been left a farm which they had understood they were going to receive on someone’s death, having relied on the promises of the person who had passed away and brought a claim on that basis, that claim could be mediated.  It would be possible at a mediation, in order to achieve a resolution, to consider granting tenancies to allow the farming to continue; granting additional rights of way to facilitate access for all of the parties involved (it is not unusual for this to be done to retain access to a burial site); varying the terms of a Will to redirect funds or assets to non-farming family members so as to settle the dispute; enter into negotiations with Trustees to deal with trust assets; or grant a life interest to a party to secure accommodation for life.

The process of mediation is informal and very different from a Court room setting.  A mediator will be appointed to facilitate discussions between the parties, listen to each of the parties’ positions, identify any room for negotiation and bring the parties closer together whereby they might be able to achieve a resolution to the dispute.  It is often the case that neither party leaves a mediation feeling entirely satisfied, however if a resolution has been reached which both parties can live with, it is an indication that the mediation has been successful.  The reason for this is that each party will have had to move from their original position slightly so as to achieve a resolution.

The costs of mediation are significantly less than proceeding with a matter through the Court to a final hearing.  If a resolution is reached at mediation and documented so it is binding on all parties, it brings matters to a definite conclusion (subject to any non-compliance with the settlement agreement).  In effect the settlement buys certainty.

The outcome of the Court process very much depends on the final hearing and no guarantees can be provided as to the outcome that might be reached. It is not unusual for parties relying on oral evidence, where the key witness is the Deceased and therefore no longer with us, to face significant risks in proceeding with a matter to a final hearing.  This is because so much rests on accounts from family members and friends and the Courtroom can be a stressful environment. That is not to say that the Court process is not the best way forward in some circumstances, however, the security of reaching a resolution whereby you have some control of the outcome of it is often far more satisfactory than being at the hands of a Judge who will impose a decision on you.

If you are currently involved in a dispute involving your farming business or another party has intimated they may have a claim against you, alternative dispute resolution and in particular, mediation should be considered as a way to resolve matters.  Dealing with a dispute in this way can often preserve relationships and if working with or communicating with your opponent in the future is important, this is often a good way to “wipe the slate clean” so that there can be a good working relationship going forward. 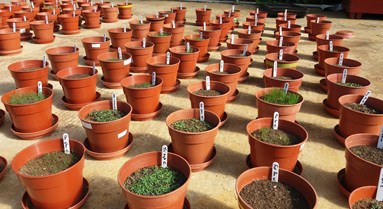 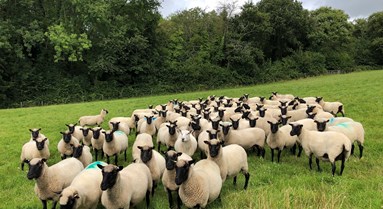 Beyond 2020: organic farming in Wales