A basic tenet of organic arable farming has been the use of a plough as the starting point of the cropping cycle. The return of crop residues, burial of weed seeds, overwinter cover crops and livestock manures has always been the starting point to creating a clean seedbed with stale seedbeds controlling early weed flushes. Recent advances in technology, known as conservation agriculture has led to changes in conventional farming systems. So, has organic farming been left behind?

Having farmed both organically and with a min-till system I can see pros and cons in both.

Organic farming’s use of grass within the rotation has always mitigated the effect of ploughing when compared with an arable farm ploughing annually to create seedbeds. The fact that organic farms often also have livestock has always added fertility to the whole farm, whilst stockless organic farms have always used cover-crops and green manures as an alternative fertility sources. The issue of fertility is key here because with no synthetic sources of artificial fertility available, the soil needs to provide everything. In organic systems the fertility building phase is the key part of the rotation which builds fertility for future crops that remove nutrients.

Under conservation farming the ambition has changed, with increases in soil organic matter being the aim because it represents enhanced fertility. This doesn’t always come with a reduction in synthetic fertilizer usage though, because yield is still the key to profitability. Fertiliser itself leads to GHG emissions and potential water pollution issues. Weeds remain an issue, with the system’s success currently being dependent on chemicals such as glyphosate. There also appears to be no reduction in chemical use, as weeds such as bromes and blackgrass have become a problem. In theory, chemical application rates could be cut to account for less soil being moved, but whether this happens in practice is another question.

So how to satisfy the needs of consumers who want food grown without chemicals and artificial inputs or pesticide residues, whilst meeting the challenge of increasing soil carbon and improving soil fertility?

Cover crops, green manures and livestock are already important parts of the organic farming system but the organic sector also needs to look at conservation farming practices to improve organic systems. Trials are already being done on crimper rollers to terminate cover crops, cereals grown into permanent white clover swards and relay cropping where crops are sown in sequence in the same seedbed. Organic systems are diverse, in terms of rotations, cropping strategy and drilling dates. Taking a varied approach to cultivation, such as ploughing one year, and direct drilling the next, means applying these same principles of diversity. Min-till techniques would work in organic systems, and some organic farmers currently use mechanical cultivations to control weeds. The complete removal of the plough may not work organically all the time, but reducing the use of the plough certainly does. 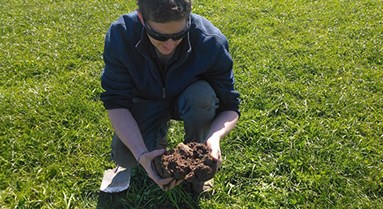 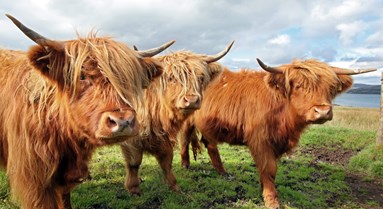 Farmers put agroecology firmly on the agenda at COP26