Theresa May’s Government has responded to a ground-breaking, all-party parliamentary report on soil health, acknowledging that the current approach to soil management must change if the UK is to have any success in improving soil quality and mitigating climate change.

Three specific areas the Soil Association has campaigned for were addressed by the Government in their response to the Environmental Audit Committee (EAC)’s report on soil health, which was published in June. These are the need for a clear target for increasing soil organic matter, protecting lowland peat, and ending the destructive effects of maize. We take a look at each of the issues, and what the Government had to say about them.

The issue: The Soil Association has campaigned for years on the benefits of healthy soil. By increasing soil organic matter content soil-friendly farming could be playing a major role in reducing the dangers of climate change by storing carbon in healthy soils, and higher levels of soil organic matter help fight floods and droughts by letting soils act like sponges, soaking up water at times of floods, and releasing it slowly when water is short. Yet the UK has depleted soil organic matter, and non-organic farming is either making things worse, or at best failing to put things right.

The Government’s response: The Government agree with the Soil Association and the EAC that Soil Organic Matter (SOM) has an ‘extremely important role to play’ and that we can benefit from managing soils better. The Government has said they are committed to investigating ways to increase SOM, and that permanent land use change from cropland to grassland or forestry can offer the some of the greatest potential to store carbon. 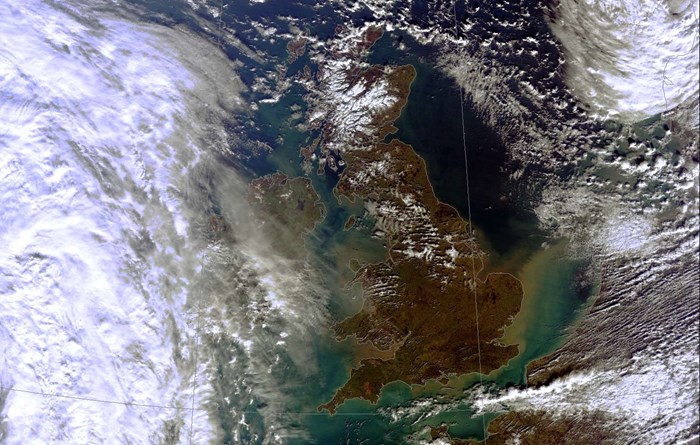 The extent of soil erosion in the UK is visible from space. Credit: NEODAAS/University of Dundee

The issue: Peatland soil stores a great deal of carbon, but once it is drained it disappears at a dramatic rate – shrinking and oxidising, releasing huge quantities of carbon, which escapes as greenhouse gases. Experts say that the greenhouse gas emissions from lowland peat alone is equal to the emissions for all the UK’s buses – that’s more emissions than the entire chemical industry in the UK.

The Government’s response: The Government confirmed that research is underway to address gaps in knowledge about how carbon and greenhouse gasses are emitted and stored in the lowland peatlands in England and Wales. A report, due to be published later this year, will help estimate how different land uses on peat will contribute to greenhouse gas storage and emissions in future. 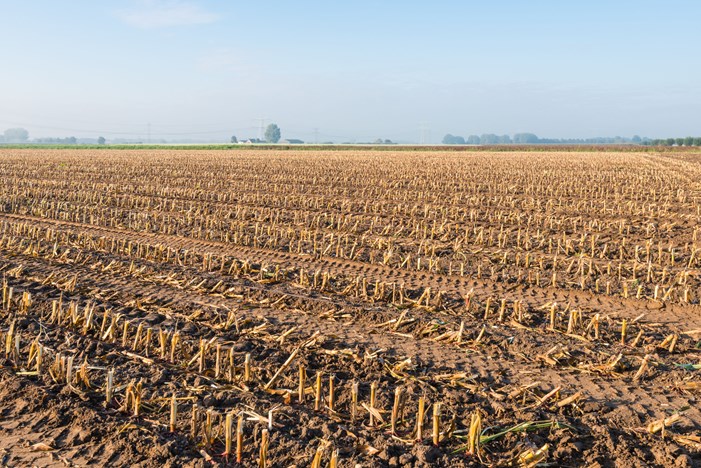 The issue: Growing maize is bad for soil and the environment when it’s managed incorrectly, which happens regularly in the UK. Many farmers try to do the right thing, but maize is often harvested late in the season, and often on muddy fields, which are then left bare to erode during the UK’s wet winters. The result: soil is eroded more easily from fields and ends up – chemicals and all – in streams and rivers, which cause huge problems for farmers and river wildlife, especially fish. The problem has been made worse because farmers are subsidised to grow maize, and maize is subsidised a second time when treated through anaerobic digestion (AD) – a form of energy production. While AD has been considered a ‘green’ energy source by some, it is environmentally damaging if poorly managed. The EAC’s report called for the double subsidy to be reduced.

The Government’s response: The Government acknowledged that growing food was the main purpose of farmland, and that maize growing has increased alongside growth in AD on farms. The government also acknowledged that crops like maize, which are harvested late in the season, can have a negative impact on soil and water quality. They confirmed that the new Department for Business, Energy and Industrial Strategy (BEIS) (formerly Department of Energy and Climate Change (DECC)) is currently investigating sustainability criteria and restrictions for subsidies under the Feed-in Tariff scheme. The government proposes not to ban maize completely, but to restrict the amount paid to farmers for generating energy from it. We can expect more information later this year.

We asked Georgia Farnworth, Soil Association policy officer, whether this was real progress. Georgia said: “We’re pleased to see that the Government has acknowledged these issues and appears to be taking them seriously  - this is a real success for Soil Association campaigning. But we’d now need to see a much more robust commitment to taking action to protect soils – on soil organic matter the English and Scottish Governments need to move from good words to action. At the COP21 climate summit, the Government signed up to an initiative to increase soil carbon levels by 0.4% per year. In 2009, the Scottish Government established a Soils Framework to coordinate actions to promote good soil management. The framework’s vision is that soils are recognised as ‘a vital part of the Scottish economy, environment and heritage to be safeguarded for existing and future generations.’ The English and Scottish Governments must now set out specific, measureable and time-limited actions to make this happen.”

The EAC used our campaign work on Seven Ways To Save Our Soil and Runaway Maize to inform their decisions. You can find out more about our campaigns, which we run thanks to the support and generosity of our members and donors. Want to get involved? Find out more about joining the Soil Association or making a donation.