On Thursday 1 June, President Donald Trump announced that the United States will be pulling out of the UN Climate Change Agreement that was signed in Paris. The Paris Agreement, one of the crowning jewels in the Obama administration’s achievements, was negotiated with 195 nations around the world in December 2015 to limit global climate change.  Then Secretary of State John Kerry signed the agreement on behalf of the United States in April 2016. The Agreement represents a historical global commitment to limit global warming to well below 2°C, and to pursue efforts to keep warming below 1.5°C. 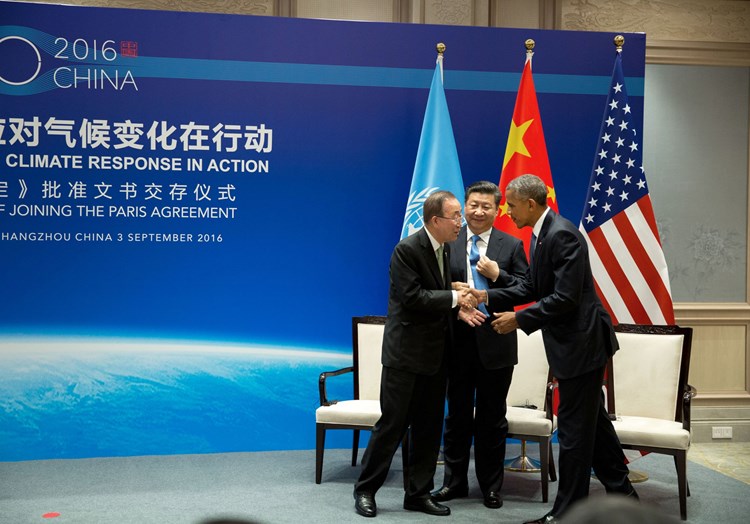 Georgia: Should we be surprised by this decision by the President of the United States?

Honor: No, we shouldn’t really be surprised that Donald Trump has pulled out of the Paris Agreement. It was a major campaign promise. I think it was wishful thinking on the part of the political left to expect his reasoning to change once he was in office. I think a lot of people put stock in the idea that maybe his daughter, or other advisors, might be able to shift his mind. But it was certainly something he was committed to throughout the election and repeatedly promised to do. It plays well with his supporters and it is certainly a decision that he can sell as a victory to the Rust Belt, which is pretty important to him since his opinion polls are pretty low at the moment at 40%.

Georgia: Carrying on from that, we heard him last night in his speech in the White House Rose Garden, the President justified his decision partly on the basis that he was “I was elected to represent the citizens of Pittsburgh, not Paris”. The Pittsburgh Mayor swiftly responded by reiterating that the city will continue under the climate commitments made in Paris.

Can we expect to see individual US states and cities carrying on with their commitments, regardless of Trump’s intention to withdraw the US from the formal Agreement?

Honor: I think that this is really interesting, actually, because in recent years US states and cities have been gaining more importance and have been setting policy for themselves. You have seen this across different liberal issues, like immigration, gun control, obesity, and health. You have seen governors like Jerry Brown of California be very vocal on climate change and he has committed California itself to cut greenhouse gases by 40% below 1990s levels. That commitment will carry on regardless of whether the US as a nation is in the Paris Agreement or not. You have to remember that the US is a federal system and so states have a lot of independent control of what they do and how they are governed There are a lot of very progressive climate change propositions in the works. New York, Hawaii and Vermont all have state-level carbon sequestration laws that are pending and that could really help challenge the climate change direction of the US.

Georgia: This is probably the most significant manifestation of the “America First” policy that we have seen so far - bearing in mind that we are not even 6 months into his administration - and like you said, it was a major campaign promise.

There seems to be a sense that this decision could actually end up backfiring on Donald Trump,  with America being left out in the cold (if that’s the right metaphor) and suffering in industrial and economic terms. Would you agree?

Honor: It really has changed a lot since the 1990s. We have seen a lot of the private sector companies come out and condemn him for this decision. I don’t think anyone was surprised that The more left-leaning corporations like Facebook and Google, would come out and say that this was a bad decision. But you are seeing a lot more of the more conventional, more traditional, more conservative companies similarly coming out and condemning his choice like GE and Morgan Stanley. Disney and Elon Musk have both left the White House Economic Council because of this decision, which they announced yesterday.

I think this is because green growth has a lot of potential for the United States and it is something that would benefit the economy across the entirety. When Paris happened, economists predicted that 2.7 million jobs would be created by the new green economy and the efforts to meet these commitments. Those were jobs that were low-skill jobs such as installation, factory jobs that would benefit the Rust Belt. But also all the way up to Engineers and STEM and Ph.D. students, so it is really a loss that will be felt across the whole economy. But, even if you weren’t looking at the economic gains of reaching the commitments of the Paris Agreement, allowing the climate to warm and global temperatures to rise would cost about $150 billion per year, which as an economic downside that is pretty substantial. 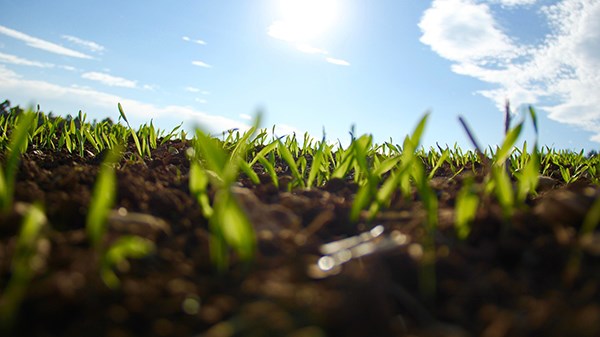 Georgia: Although we can’t draw any conclusions at this very early stage of only a few hours after the announcement was made, are there any positives that we can end on?

Honor: I think there are some positives. There is increased public attention on the climate today. Paris was seen as something that happened. It was in the media and it went away. I think Donald Trump’s decision yesterday has put it back in the forefront of everyone’s minds, people have been reminded of the importance of climate change and are paying attention to the issues.

I think the liberal attention and the recommitment of states is a positive. Whether that is a nation state or a US state. States will now consider the actions that they can take independently, which will be significant.

Georgia: Despite everything, I am feeling quite optimistic actually. I completely agree, that this hopefully brings climate change back into the forefront of people’s minds and see that climate change really should be the umbrella under which all policy making is made. It should be the overarching lens; it should be the impetus for all of these big policy decisions to be made, at a national and international level. It is something we should all be thinking about. I think seeing how quickly and how strongly world leaders have come out to condemn this decision is important. I think there is a much needed and timely unification of the rest of the world.

Honor: I think that there is a bringing together of the American people as well. Given that 70% of the American public support the Paris Climate Change Agreement, so it is reinvigorating the democratic process within the USA, getting people to stand up and raise their voice and say: “I disagree with this Mr President, I think that we should stay in the Paris Climate Change Agreement”. We need to raise those issues publicly and keep the public engaged on this important issue and the wider political agenda. 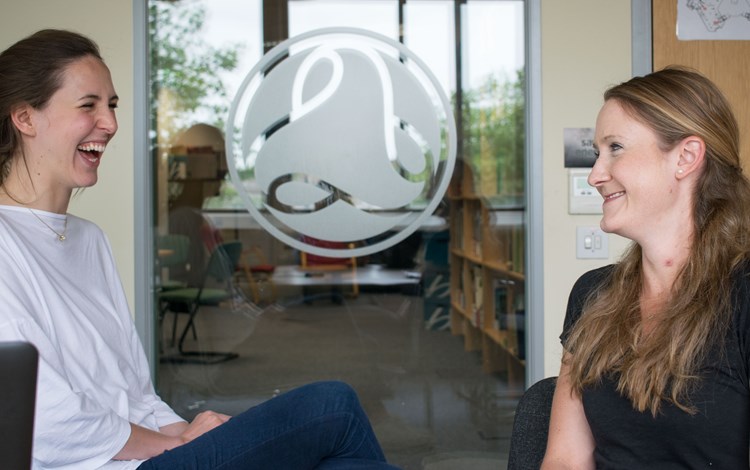